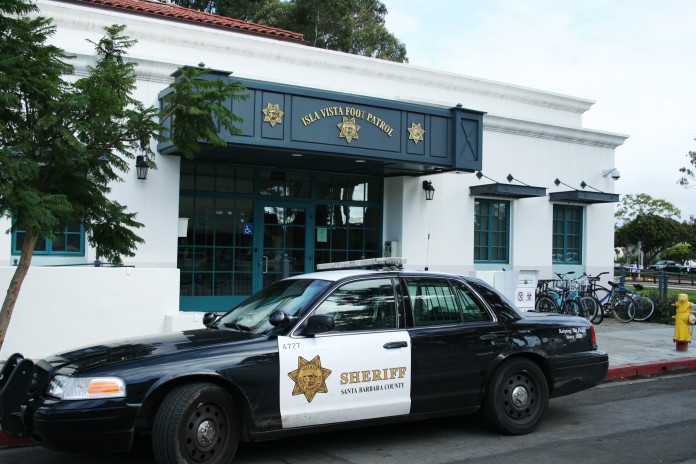 The November 2 elections are just a couple of days away. Hype, apathy or ambivalence aside, one of the easiest ways to arm yourself for this upcoming event is to show up to vote on Election Day with a firm grasp of what the proposals on your ballot are about. Sit back, relax, and continue reading. Make yourself a more educated voter, as you learn more about “Measure S” and how it could affect you.

Measure S, if passed, would raise the Santa Barbara County sales tax by half a cent–from 7.75 to 8.25 percent, would be implemented starting July 1, 2011, and would last for 14 years. The monetary gains from this increase would be used to fund four programs.

Half of the new revenue–$15 million–would be utilized in building a 304-bed jail on the outskirts of Santa Maria, and the other half would be divided among programs geared towards reducing the number of repeat offenders, fire district budgets, and more law enforcement–16 percent, or $5 million, for each.

The Santa Barbara Chapter of the America Civil Liberties Union (ACLU), the organization Families ACT!, and UCSB’s Associated Students hosted a Measure S Forum at Embarcadero Hall to give the Santa Barbara community members a venue to discuss the pros and cons of the measure.

Santa Barbara County’s main jail unit in Goleta is functioning at 120 percent capacity. Therefore, according to Roney and Hamilton, Measure S would be a great step toward shedding light on one of the country’s increasing trends: jail over-crowding.

Once the public and politicians are informed about this, then the public can address its root causes – continuously increasing incarceration rates, high levels of recidivism, and lack of proper treatment facilities. Voting yes on Measure S, would collectively express the community’s desire to proactively tackle the aforementioned, which the pair optimistically felt would lead to a, “Safer Santa Barbara County.”

“If we don’t do something now to improve the situation of those in jail, then we will be as good as our third world counterparts, and [this] would reflect on us and how we function as a society,” said Hamilton. “We do not have to condemn those people [living] under those circumstances.”

Beeson and Robinson recognized the fact that high incarceration rates and proper prevention were at the heart of the issue of jail overcrowding, but they took a different stance on the measure.

Beeson said that 25 percent of the world’s incarcerated can be found in the United States.

“We are incarceration nation,” he said. “Reducing recidivism is important in a decent society but we have to use our limited resources towards a more cost effective means, which is in this case, better prevention and treatment programs.”

Beeson also said that building a new jail will not solve the problem of overcrowding.

“We don’t have to build a new jail to solve over-crowding,” he said. “What we should do is be an exemplar in practicing preventative methods to those dealing with the core causes of a high percentage of the incarcerated – mental illness and substance abuse.”

Now that both sides of the issue have been discussed, vote wisely on November 2.