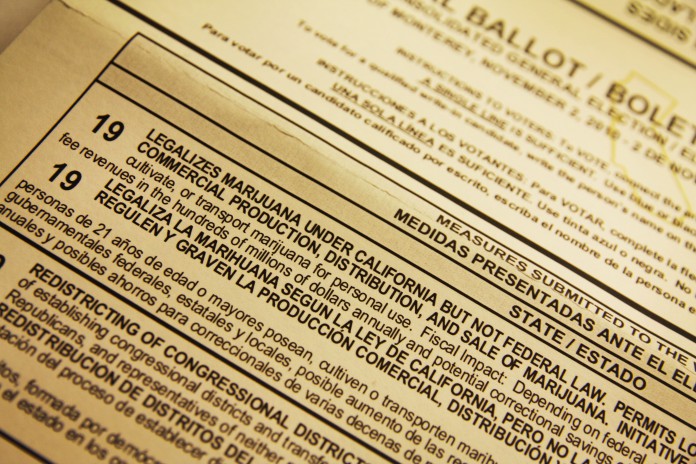 Proposition 19, known as the Regulate, Control and Tax Cannabis Act of 2010, will determine whether the buds of the Cannabis Sativa hemp plant, otherwise known as “marijuana” or “cannabis,” should be made legal under state law. It will allow cities in California to vote locally on whether or not Marijuana should be taxed, regulated, and controlled. The bill will be presented on the November 2nd ballot.

The proposition, if passed, would allow for people 21 years or older to possess up to one ounce of marijuana and to grow up to 25 square feet of personal cannabis plants. The prop will prohibit the possession of marijuana on school grounds and public places, prohibit driving while under the influence, and prohibit smoking while minors are present.

Even though Proposition 19 would allow local governments to tax and regulate sales on cannabis, the current US Attorney General Eric Holder released a statement to top DEA officials on October 20th, 2010, mentioning that he will not condone the taxation that remains illegal under federal law.

Holder vowed to “vigorously enforce federal drug laws that are currently in place and target those individuals that posses, manufacture or distribute marijuana for recreational use, even if such activities are permitted under state law.”

“We’ve seen several cases in which UCSB students have overdosed on a combination of drugs, including marijuana and illegal or legal prescription medications, and alcohol,” she said. “As someone who sees the negative impacts of drug use in our community, I’m concerned about any legislation that makes drugs more available and accessible.”

“Although there are arguments that say legalizing it would allow marijuana to be more easily available to people, not much would change since there are already many that are smoking [marijuana] in IV,” Gates said.

Fleming also mentioned that there is little chance UCSB codes dealing with marijuana usage will be affected by Prop 19.

“It is unlikely that any of our campus policies would change since we have federal responsibilities (such as the Drug Free Schools and Communities Act) that override state law,” said Fleming. “Our UCSB Substance Abuse Policy currently prohibits illegal use and any use (even legal) that impairs scholarly activities, job performance, or student life.”

However, others have an entirely different outlook upon the situation.

Bearman has been recommending the use medicinal marijuana since April of 2000.

Currently, marijuana is one of the most popular recreational drugs on the market.

The 2006 Prevention Research Center (PRC) survey of UCSB students indicates that 39% report using marijuana in the past quarter. According to Uniform Crime Reporting (UCR) data, there were 3,342,000 annual marijuana users in California during 2007, including 1,949,000 reports of use in the past month.

The illegality of marijuana has not prevented an increase in marijuana usage and availability.

According to a 2008 Congressional report, “Mexican authorities arrested about 90,000 drug traffickers, more than 400 hit men and a dozen cartel leaders” from years 2000 to 2007. More than 6,000 people, including hundreds of police officers, were killed by drug-related violence in Mexico in 2008.

Because California accounts for about 14 percent of overall US marijuana use, Prop 19 “would have a small effect on drug trafficking operations – cutting total drug export revenues by perhaps 2-4 percent,” said Rand Corporation spokesman Warren Robak.

The cost of continuing to prohibit marijuana could reach extreme highs.

Regarding crimes involving marijuana, UCR found that in 2006, $12.88 billion was spent for Police Protection, $7.77 billion for Judicial and Legal Services and $10.91 billion for Corrections. A total of $31.56 billion dollars was spent due to marijuana’s illegal status.

“Proposition 19 is nothing but a good piece of legislation that would allow safer access to marijuana and would allow the state to reduce spending money on imprisoning non-violent drug offenders, said Ryan Hirschler, President of UCSB Campus Democrats. “It would also reduce crime and violence as a result of drug cartels.”