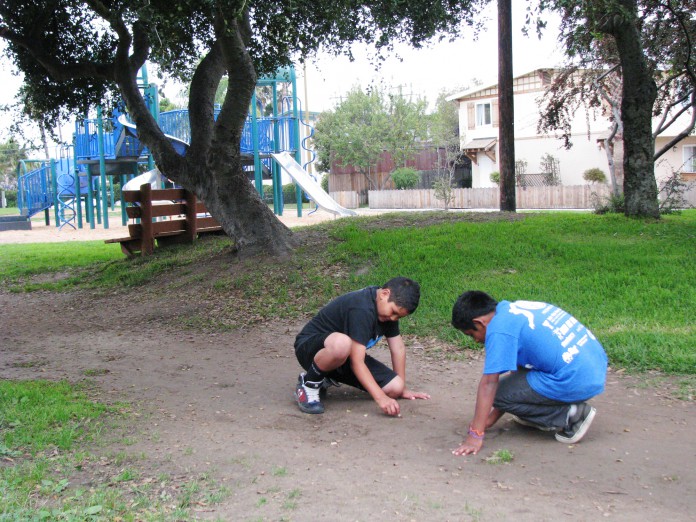 It is about time IV residents celebrate Halloween and also be respectful of the community. It is more than just a college town: it is home to many families.

“People get too wasted and they pee anywhere,” Lupe Whitehead, an IV resident said.

Whitehead lives with three children; one is nine months old, and the others are seven and nine. Whitehead’s living room window is directly behind the big tree many use as a shield to urinate while publicizing their body parts to the children indoors.

“We can hear them and the kids can see them [peeing],” Whitehead said.

Sure, she could easily close her curtains at night, but what if she forgets? What if she is not home to close them; what will her children see?

Many first-years, like pre-biology major Jessica Tejada, came to UCSB not knowing the demographics of the city neighboring UCSB’s campus. Tejada lives in Santa Catalina which requires her to walk through IV to get back to her dorm. This walk has made her realize families do indeed reside in our college town.

“As a freshman, I went from the dorms [on campus] to Del Playa. I did not recognize there was more to IV than those first two streets, DP and Sabado Tarde,” UCSB alumni Catri Grisso said.

If some UCSB students are unaware of the families living in IV, what are the thousands of people visiting IV expected to know when they come for Halloween?

So while the fun seekers in IV wander and have intoxicated adventures on the streets, children and parents’ sleep are disrupted by the sounds of people screaming, music playing, and glass breaking down the street.

Families live in Isla Vista too.

“[Halloween in IV] has been going on for a while. The residents should know that comes with living in this area,” first-year economics major Bob Dearman said.

Families living here have no choice but to accept the fact that college students are their neighbors and they will do what college kids do. Most do, and are willing to put up with noise and thousands of people in IV during Halloween.

“People get drunk and break windows of cars,” IV resident Rachel Hernandez said. “It affects families because sometimes it is the families’ cars that get broken, and then they have to pay out of

their own pockets,” Hernandez said. Hernandez is not the only student who has seen how crazy Halloween can get.

Many students use Halloween as an excuse for behavior.

“Halloween is an excuse to behave in ways that are unacceptable to most thoughtful people,” Graduate student Paul Barba said. “It is easy to fall into a trap of ‘It’s just Halloween in SB, that is how it goes.’”

Families realize Halloween is not a time for their children to be out in IV Therefore, families deal with this fact by going elsewhere to celebrate or by celebrating before the festivities occur.

Jessica Gallegos, a 15-year-old IV native, said drunken people and fights on Halloween have become “normal.” Gallegos and her family travel to Ellwood, where Gallegos says it is a much calmer and safer place to enjoy the holiday.

In previous years, families were also able to participate in their own Halloween festivities in IV.

“In the past, parks and recreation had a carnival for the kids. Their funding got cut this year so they did not have enough money to fund it. It is definitely something I would like to see in the future,” chair relations of Isla Vista Community Relations Committee Megan Shumat said.

Shumat hopes to take the experiences of this year’s Halloween to help prepare for next year and to plan more events for the community.

“We prepare for Halloween by understanding all the laws we enforce,” Senior Deputy B. Henricks said. “That is the only thing we can work with, what we are bounded to by law.”

Other than sending minors home if found on the busier streets of DP, Trigo, and Sabado, officers do not have much contact with the families, unless families are experiencing problems in the neighborhood.

Students should realize IV is not just a temporary home to college kids, but a permanent home for families.

Halloween should be fun. There will be weird costumes. Halloween in IV should live up to its name and be memorable for students. Just be considerate and not forget about other people living in IV Don’t vandalize cars, homes, or acting inappropriate to disrespect families that choose to celebrate Halloween in IV. Students want to have a good time, but so do the families.