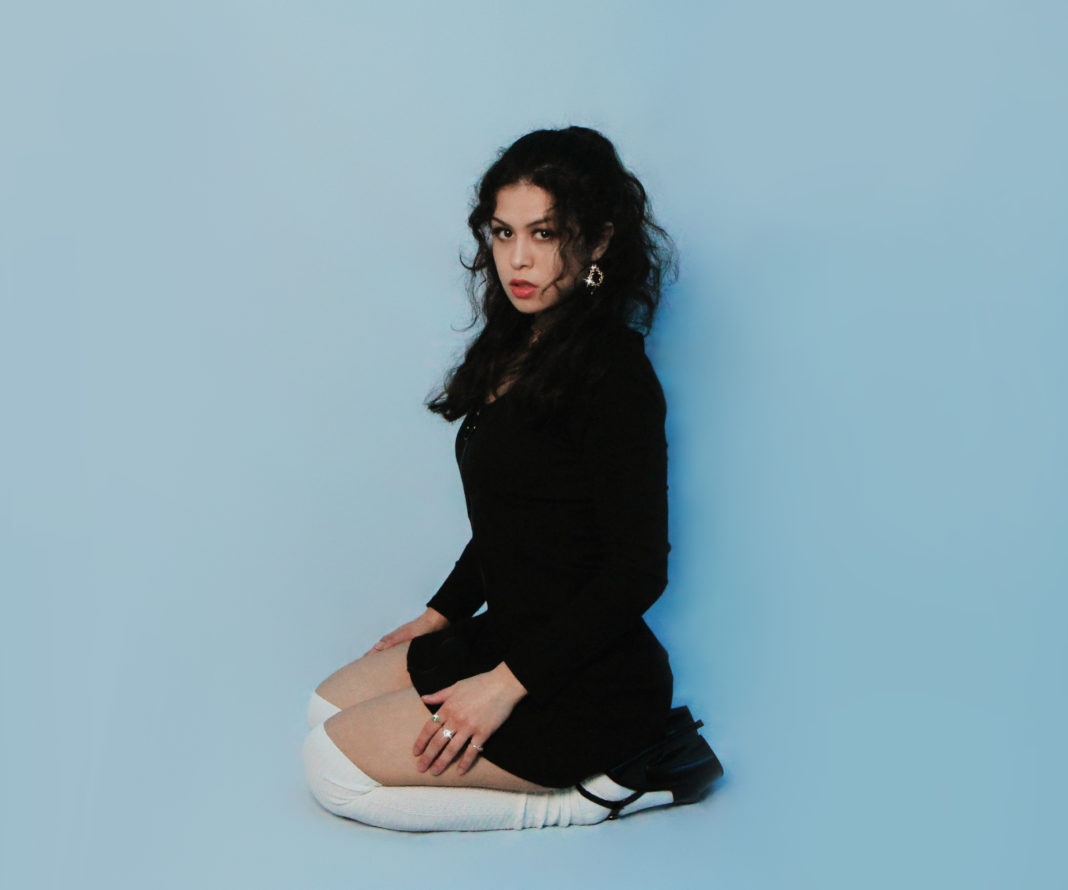 When Sage Avalon moved into San Rafael Hall this past fall, she had no idea that the cramped dorm would be where she’d record her first extended play (EP).

“It was really hard to balance, and I didn’t do a great job of it,” Avalon shared in an interview with The Bottom Line. “I put a lot of attention into my music and definitely sacrificed a lot of sleep.”

Just a year prior, Avalon was completely new to music production. Although she’d been writing her own songs since she was 15, her body of work consisted solely of stripped-down guitar tracks that were “basically just live performances.” Feeling creatively stumped and limited by her inability to play other instruments and layer different sounds, she bought her first digital audio workstation during her first year at UC Santa Barbara.

Over the span of seven sleepless months, Avalon laid the groundwork for the EP by experimenting with different music genres and delving deeper into music production.

“My genre really shifted throughout the experience of actually making the EP,” Avalon said.

The EP is a reflection of that exploration: it features the soft rock “Pure December,” the electronic-influenced “Hyperspeed,” and even a self-composed string accompaniment on “Lightning in a Bottle.” In Vivo is entirely self-produced, with Avalon on the electric guitar, acoustic guitar, bass, piano, and vocals.

Recording an EP in a dorm room, of course, came with its own unique challenges. It meant having to wait for rare quiet moments in her residence hall, usually when her hallmates were in class or asleep. Even then, there were factors that Avalon couldn’t control, like planes flying overhead or lawnmowers running during the day.

But being a self-starting artist also came with learning curves in other ways — Avalon had to figure out how to design her own website, create her own graphic design, and even direct her own debut music video for “Pure December.” The song, which touches on addiction and recovery, is paired with a music video filmed in a retro diner in Avalon’s hometown of San Diego.

“A lot of it was really spontaneous,” Avalon explained. “[When we were] filming in that diner, I didn’t even know if that whole section of the diner was going to be empty by that hour.”

Most of Avalon’s songs center around subjects like mental illness, addiction, and recovery, but there are some subjects that are off-limits even for her. While she’s grateful for the support of her family — her dad sends all her new songs to family members — she comments with a laugh that “there’s some things where I’m like, dude, my grandma and my great aunt can’t know this.”

But that’s really the extent of her struggles with music. Sage Avalon is just getting started, and despite the recent release of her EP, she shares that even more new songs are in the works.

While the COVID-19 pandemic has made it impossible to promote In Vivo through live performances, Avalon is looking to other creative ways to promote her music. There are plans to produce more music videos for the tracks on the EP, stream performances on Twitch, and upcoming video collaborations with other artists. She’s even started her own TikTok to share short performance clips, where you might be able to find a comedy video or two as well.

“I just want to get as far as I can with the art that I really enjoy making,” Avalon said. “And just keep making what speaks to me.”