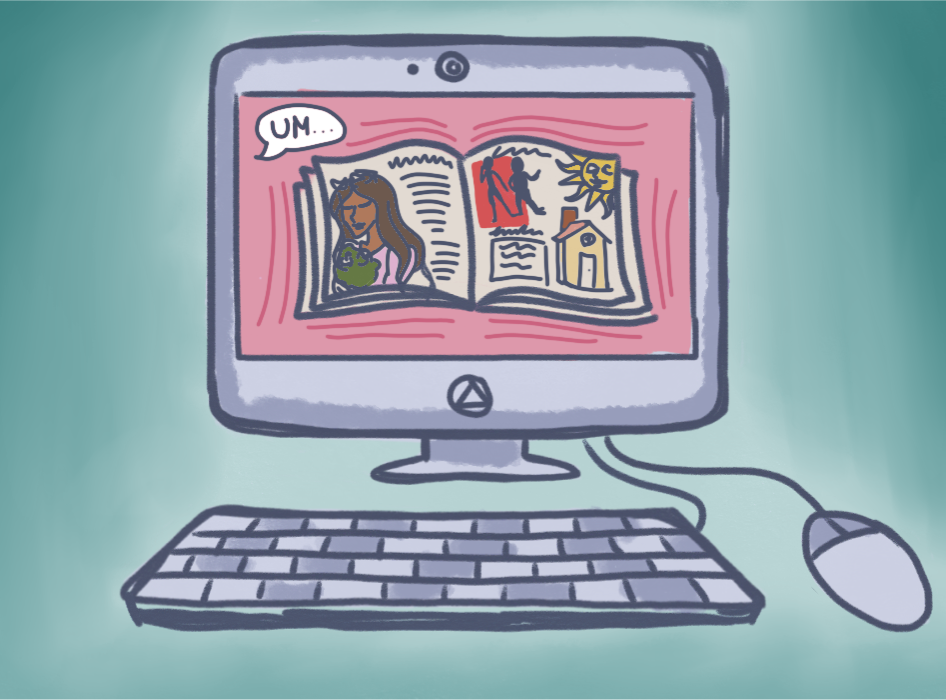 Like many on-campus publications at UC Santa Barbara, Um… Magazine announced last Monday that it will be publishing online this quarter.

Um… Magazine is one of the multiple literary arts magazines on campus including The Catalyst and WORD. Literary art magazines, also called “lit mags,” embody the intersection between creative writing and visual arts. Literary magazines offer individuals a platform for creative expression; Um… Magazine specifically creates a space for minorities to share their narratives without any buffers or limitations.

The magazine’s name refers to the principle of self-censorship, which many marginalized communities face when confronted by the more privileged demographic. Its website discusses the desire to provide “an intersectional space for previously excluded, creative voices to thrive.” No marginalized group is prioritized over the other, and submissions are accepted on a first-come, first-serve basis. Previously published issues are all available to view for free on the magazine’s website.

Um… Magazine does require artists and writers to submit their work with their names and pronouns, but it makes the inclusion of marginalized labels (labels on ethnicity, sexual orientation, disability, etc.) completely optional.

“[Labels] create visibility for marginalized groups in the community,” said Editor-in-Chief Frances Woo in an interview with The Bottom Line. “They’re optional, but even having their work in the magazine without the label gives them a voice.”

In past editions, Um… has discussed themes including “Um…,” “Noise,” “Body,” and “Home.” This quarter, Um… plans on publishing its fifth issue based on the theme of “Waste and Excess.” This edition, however, will be available online rather than in print. The editorial team still intends to design the online issue in the same spirit as its printed predecessors.

The theme of “Waste and Excess” partially concerns the COVID-19 pandemic, which has highlighted the American “spirit of individualism” in the face of panic. With people buying unnecessarily grotesque amounts of toilet paper, water, milk, and other necessities, consumerism in our country has grown increasingly problematic. Um… Magazine aims to explore how this excess culture specifically affects minority groups, who are often exploited and displaced due to the commercial demands of the privileged demographic.

COVID-19 has uprooted everyone in our country, but its disproportionate effect on minority groups cannot be dismissed. In Louisiana, African Americans account for 70 percent of COVID-19 deaths.

Some sources have attributed this statistic to a systemic limit on healthcare resources for racial minorities. While news sources including The Guardian and Newsweek have covered this phenomenon, this story is only one of many for marginalized groups in the face of the pandemic. The general media has established COVID-19 as somewhat of a great equalizer, when in reality, the privilege of non-marginalized groups has become startlingly obvious.

“The media doesn’t really focus on situations like that,” said Woo. “Situations where you can see the disparities between race, class, and gender.” Um… plans on using its platform to share how the minority perspective — whether in ethnicity, gender identity, sexuality, or ability — uniquely shapes access to resources, especially in light of our current crisis.

Um… also plans on publishing website content outside the realm of “Waste and Excess,” which will feature columns called UMWide Projects. Some of the planned columns include “Quarantunes,” “Um…’s Guide to Self Isolation,” “Quarantine Fits,” and even movie recommendations. This new feature allows for the magazine to develop a more dynamic media presence and to keep supporters engaged with content until the next issue release.

The magazine also encourages members to take up creative group projects in teams of four, which revolve around more centralized themes. These new content concepts will expand beyond the themes of the next issue and increase engagement within the organization.

“I think right now is definitely a time for all of us to come and support each other,” said Woo. “We want to give a voice to communities that are being overlooked in this situation and help in finding support through communication in art.”

Um… Magazine accepts submissions via email (ummagazine.ucsb@gmail.com), and will continue to accept submissions for this quarter’s issue until May 4.