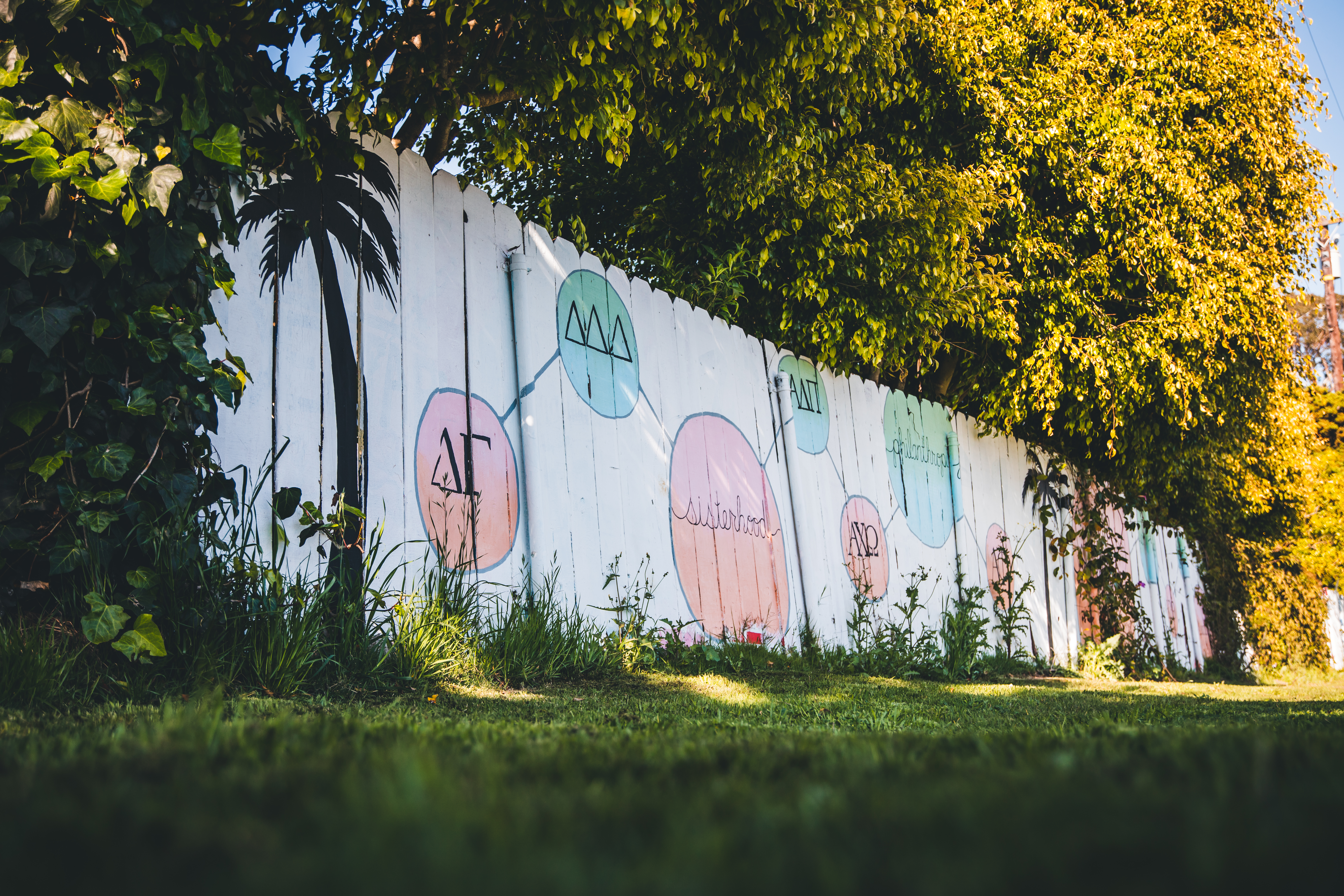 UC Santa Barbara (UCSB) is home to many social sororities and fraternities part of the Panhellenic Council as well as professional fraternities. However, despite these varied communities, sociology student Esmeralda Quintero (she/they) noticed a lack of representation for those who identify as LGBTQ. Quintero decided to change this by founding Zeta Sigma Nu, UCSB’s first Queer/Trans People of Color (QTPOC) sorority.

In an interview with The Bottom Line, Quintero explained the rationale for creating this new sorority. “When I rushed a multicultural sorority, I experienced a lot of transmisogyny,” Quintero explained. “I felt like I didn’t have a place. They didn’t have to continue treating me like that in order for me to realize it wasn’t for me.”

Quintero founded Zeta Sigma Nu because they wanted to ensure that a safe QTPOC space exists. “I won’t be here forever. I’ll graduate eventually. I just want this space for other generations.” Quintero did voice some hesitations when it came to envisioning the sorority’s long-term outlook. “There was an attempt for something similar a few years ago that didn’t work out, so I’m trying to be cautious.”

Quintero also gave an honest opinion about UCSB Greek life’s inclusivity. “A lot of organizations are exclusive, but not the Greek community as a whole. It’s nice to see that some groups are progressive. However, there’s always a cap. This is part of why I had to establish my own group.”

According to Office of Student Life (OSL) student employee Richard Archer, Greek life is doing their part to ensure that all students are represented fairly in the system.  “Nearly all members of social fraternities and sororities in the Interfraternity Council, Panhellenic Council, and the United Sorority & Fraternity Council meet at conferences each year to take part in programming aimed at preventing sexual violence and educating the community on topics such as administering Naloxone or LGBTQIA+ issues.” Archer explained.

Archer was proud of the success of this event. “I felt that our event was an excellent first step in addressing the issues that LGBTQIA+ students face in Greek life at UCSB.” Archer explained, “Of course there’s only so much that can be done at a small group discussion like this one, we were proud to be able to start this important conversation as UCSB hadn’t yet held any official programming regarding LGBTQIA+ issues specific to Greek Life.”

Archer spoke about feeling included at UCSB. “As both a gay man and a fraternity man, some of Greek life’s most pervasive problems hit close to home,” he said. “I’m grateful to have the opportunity to work with my colleagues to address them firsthand at both chapter and university levels.”

Quintero also spoke about feeling included at school. “The way that the school values our community is for publicity rather than representation. We’re a Hispanic Serving Institution (HSI), but our resources aren’t there.”

Quintero continued, “This campus has a certain way of attacking a certain community. QTPOC is not represented and international students are harassed on campus. The school needs to have the hard conversations and that’s where I hope to come in.”

In order for Zeta Sigma Nu to gain a feel for anyone interested in joining, Quintero sent out a Twitter post to gauge interest. “I got a ton of responses and talked to everyone to see in what capacity they were down. After that, I made a Google Form regarding interest and picked out 14 people for the board. We have a mental health chair, social chairs, management chair, etc. I wanted to ensure accountability.”

“Are you down for the cause? Will you be supportive and nonjudgmental for others? We are trying to focus on equity because this is for everyone,” Quintero explained. Overall, Quintero believes that they are not trying to be exclusionary by any means, but want to ensure their members care about one another and share collective experiences.

However, Quintero stressed the idea that Zeta Sigma Nu is still accessible to as many people as possible. “We are nondiscriminatory,” said Quintero. “Students can all feel free to come out and test your fit. All that matters is that you’re part of the pride. This is a safe space for QTPOC, as long as it’s respected it shouldn’t be a problem.”

Dues are also a low enough price so that people should not be turned away because of their finances. “Our dues are $45. If we have to do more fundraising, that’s fine. We have payment plans as well and won’t exempt people who can’t pay. When I said I wanted to be accessible, I meant that.”

Quintero elaborated, stating “What I want people to know about Zeta is that this [is] another aspect of the labor I produce to create a broader community and claim my territory. This will be a family unit away from home, because, for QTPOC, you may not have the best home life.”

Finally, Quintero spoke a bit about the legacy of the group. “I hope we will last for a long time and have an impact on current Greek life. I hope the change we make is reflected in these sororities and fraternities. Our position on this campus cannot be denied. We exist and we are strong, we are happy and we are loving.”