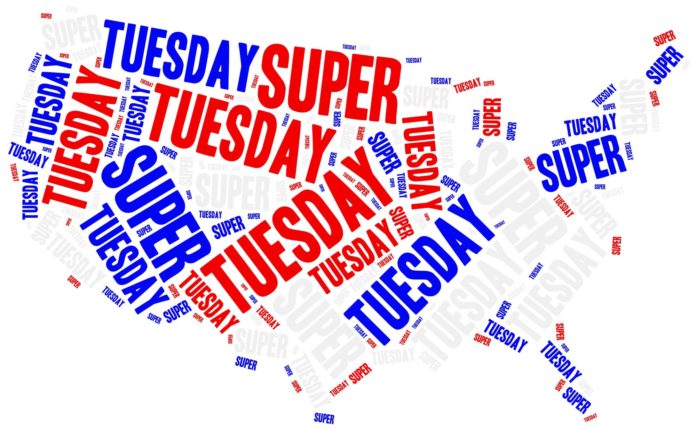 Thousands of people crowded polling stations throughout Santa Barbara county on March 3 to cast their votes in the 2020 primary elections. California was among one of the 14 states that make up the largest primary election day known as Super Tuesday. 75,055 votes were cast in Santa Barbara county on Third District supervisor, presidential nominee, State Senate, state assembly, House of Representatives, and Proposition 13.

Beginning in 2020, California implemented the policy that allows same-day registration for voters. “I think that the new policy of same-day registration was crucial for this election,” said fourth-year communication major Emily Savage. “It helped to get a lot of people to vote who may not have before.”

This new policy likely contributed to the voter turnout that determined the results of the races.

The race for Third District supervisor was fought hard in Isla Vista in the past few months. Isla Vista is the highest populated community in the Third District, making support from residents a critical factor in determining the results. Incumbent Joan Hartmann, Independent Bruce Porter, and Republican Karen Jones have been active on the UC Santa Barbara campus and throughout Isla Vista to gain the trust and support of the district’s most populated community. Hartmann beat Porter with 52.26 percent of votes.

“There were a lot of candidates on the ballot that I didn’t support, so I voted to do my part in helping my candidate get elected,” said fourth-year economics major Garrett Kenes, who hoped to see Hartmann’s reelection.

In a phone interview with KCSB and The Bottom Line’s News Editor Noe Padilla, Hartmann retrospectively looked at her journey to reelection. “I think Porter ran, quite frankly, a campaign that was very deceptive, very full of lies,” she said. “But what he didn’t know was how smart students are.”

Hartmann is going to continue her tenure as supervisor by focusing on renewable energy, the housing crisis in Isla Vista, and expanding parking amongst many other projects. “UCSB is a crowned jewel for our county as a whole,” said Hartmann. “It’s really important from my perspective that we do all we can to support the university.”

Santa Barbara citizens also got to cast their vote for their preferred presidential nominee. With a divided Democratic party, California’s 415 delegates are an essential part of determining the validity of the candidates’ campaign. Overall, Senator Bernie Sanders took California with former Vice President Joe Biden coming in second place. The majority of California’s delegates were split between those two, with Michael Bloomberg earning a small few.

The race for state senator of the 19th District was battled between Democrat Monique Limón, Republican Gary Michaels, and non-partisan candidate Anastasia Stone. The 19th District comprises the areas from Point Mugu near Ventura County up to Santa Maria. Limón took the majority of the votes with 56.14 percent, with Michaels earning 38.1 percent. The two candidates will be running against each other in the November elections to determine the winner.

Seven candidates entered the race for state assembly representative for the 37th District, encompassing areas from Oxnard to Santa Barbara. Six of the running candidates are registered Democrat while only one, Charles Cole, is a registered Republican. Cole took the victory with 30.43 percent of the votes. Democrat Cathy Murillo placed second with 23.03 percent and Steve Bennett came in third with 16.85 percent.

Three candidates vied after the seat for the U.S. representative for the 24th District: incumbent Democrat Salud Carbajal, Republican Andy Caldwell, and non-affiliated Kenneth Young. Carbajal and Caldwell were the top two vote-getters of the race, with 54.73 and 40.98 percent respectively. The two will face off again in the November election for final determination of the seat’s occupation.

The only proposition on the Isla Vista ballots, and the only statewide ballot measure, was California Proposition 13, a $15 billion bond measure to repair and modernize aging schools. While the votes are not completely tallied for that measure, it is not predicted to pass. With over half a million more votes against than for the measure, any late ballots are not likely to sway the decision.

Confusion over the measure’s name could have led to its loss. California voters have passed every construction bond for education since 1994, so this loss was a political shock. It is speculated that older voters may have experienced confusion when reading the ballot measure, associating this Proposition 13 with Proposition 13 of 1978 —a measure that was known as the grandfather of all tax cuts.

To combat this from happening again in the future, Assemblyman Patrick O’Donnell of Long Beach is drafting legislation to retire the use of the number 13 on future ballot measures.

“We need to retire this ballot number to ensure voters are not misled,” he said in a press release following the election.

While there was a large voter turnout for this election, some expressed frustration that it was not as high as it appeared to be before the election. “I was disappointed that the younger people didn’t turn out as much as it was projected,” said Kenes. “I think the younger generation is key to modern politics and it was disappointing that they didn’t turn out.”

While Super Tuesday may be over, 29 states and territories still have yet to hold their primary elections. By mid-July, the Democratic presidential nominee will be solidified and the presidential race will heat up until elections in November. On Nov. 3 the country will vote on who they want to run the United States as well as on the remaining positions that were not decided in this primary election.