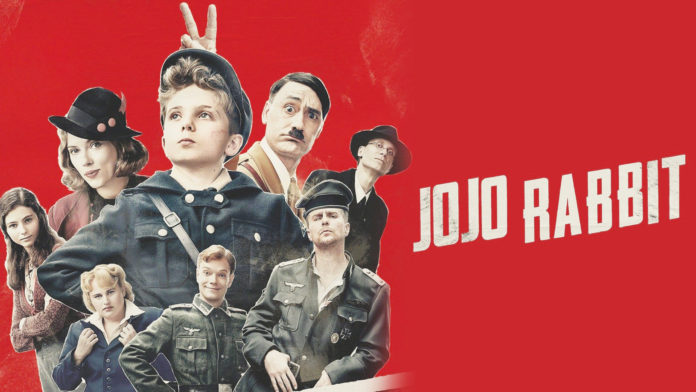 On Feb. 7 and 10, UC Santa Barbara’s Magic Lantern Films hosted a screening of Director Taika Waititi’s sadistic yet wholesome film “Jojo Rabbit” (2019), which earned the New Zealand filmmaker and actor the award for Best Adapted Screenplay at this year’s Oscars. With this dark and captivating movie, Waititi became the first indigenous New Zealander to win an Oscar.

The film received backlash due to its edginess — the film centers around a fanatical, brainwashed Hitler youth named Jojo — however, Waititi remarks that critics would not be as harsh if they knew of his Jewish background. Exhibiting the horrors of Germany’s genocidal tyranny, the satirical comedy explores how the Nazis successfully utilized propaganda to manipulate and influence the naive minds of children.

With this film, Waititi seems to challenge the idea of all Nazis being inherently evil. Being such a controversial challenge, the director artfully exhibits how Germany’s population had been coerced into complicity.

Acquiring his nickname from a few teenaged tormentors, Jojo Rabbit’s instilled hatred for Jews appears to be somewhat understandable and thus excusable through the exposure of powerful propaganda executed by adult exploiters. The regime manipulated the innocent minds of children like Jojo through the enforcement of genocidal ideology and practices. As a result, Jojo and the other children enthusiastically anticipated being able to use weapons and make the Jews suffer.

Jojo’s blind fanaticism deprived him of accepting the concept of humanity, and thus all aspects of it. Being only ten years old in Nazi Germany, he grew up in a violent, hateful environment out of touch with compassion for one another. Having a fledgling mindset, Jojo remains incapable of thinking critically and for himself as he bases his opinions on what he hears from his country’s leading tyrants.

The contradiction in the mother and son’s views demonstrates the different views in which they perceive the world. Aside from its dark humor, the film not only implements the development of a close mother-son relationship, but also the an ability to be humane.

Make sure to check out Magic Lantern Films online for upcoming showings! Check out “Ford vs Ferrari” on Feb. 21 and 24 at 7 p.m. and 10 p.m. in the Isla Vista Theater for $4 per ticket. No I.D. is required.

Open to the public, Magic Lanterns presents films in the Isla Vista Theater on Fridays and Mondays with two showings at 7 p.m. and 10 p.m. For only $4, you can experience a variety of remarkable films on the big screen.