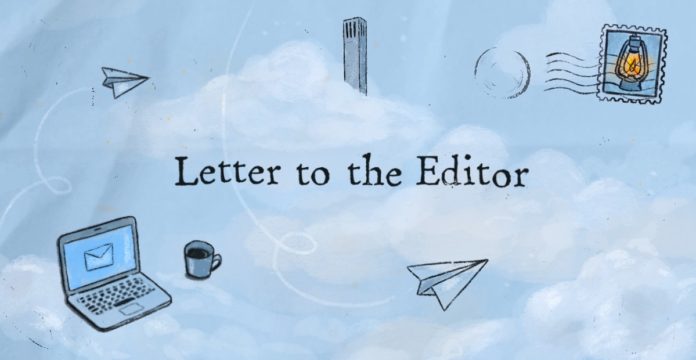 Super Tuesday is upon us and I find it urgent and critical for the future of our beloved community of Isla Vista to express my support for Bruce Porter, an independent candidate for Santa Barbara’s Third District County Supervisor seat.

My name is Matt Griffin, I am a fourth year UCSB student, and I have dedicated my time at UCSB to making Isla Vista a safer, more sustainable, and better place. I am a board member of the Isla Vista Recreation and Parks District and earned support from community leaders, the Daily Nexus’ Editorial Board, and president of the Isla Vista Community Services District during my campaign to be the Isla Vista representative for UCSB’s student government. Now, I’m asking you to consider supporting Bruce in his bid to bring tangible change to Isla Vista.

Joan Hartmann, the current county supervisor, took office during my freshman year by promising UCSB students a better Isla Vista. While four years was long enough for me (and many of my classmates) to earn a college degree, it wasn’t enough for her to help Isla Vista. In many ways, our community is worse off than it was during my freshman year. Students and families often do not feel safe in their own community. Housing costs have risen and availability hasn’t improved. Multiple bluffs have collapsed, dozens of people have overdosed, and thousands of us remain food insecure.

College students are already burdened enough by classes, work, and planning for a career. We should elect candidates who pledge to prioritize policies and legislation that make our community safer and more sustainable. That person is Bruce Porter. With experience as an environmental engineer, school board president, and head of the county Red Cross, Bruce has dedicated his life to improving communities, advancing educational equity and opportunity, and saving our planet.

We deserve a representative who keeps their promises, not someone who turns their back after an election. Bruce and his campaign have become a part of this community through tabling and canvassing at UCSB and in Isla Vista. He recognizes that our community has been neglected over the past four years and wants to stop that.

Hartmann claims she is the only environmental candidate in the race, but when she had a chance to limit the growth of the county’s oil infrastructure two years ago, she voted to expand oil transport in Cat Canyon. Bruce, on the other hand, wants to pursue a county-wide ban on fracking, ban new oil fields, and pre-zone land to speed up the transition to renewable energy. Commercial shipping through the Santa Barbara channel is the leading emitter of greenhouse gas-forming nitrogen oxides (NOx) in the County, an activity Bruce wants to ban.

On top of that, he wants to address food insecurity in Isla Vista, find ways to limit erosion on the Del Playa bluffs, and improve lighting throughout the community. Bruce Porter is the representative we deserve and have earned. I support him and encourage you too as well on March 3rd because without him, Isla Vista will continue to be neglected.

Matt Griffin is in his fourth year at the University of California, Santa Barbara. 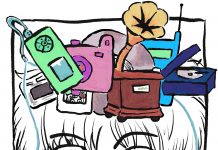