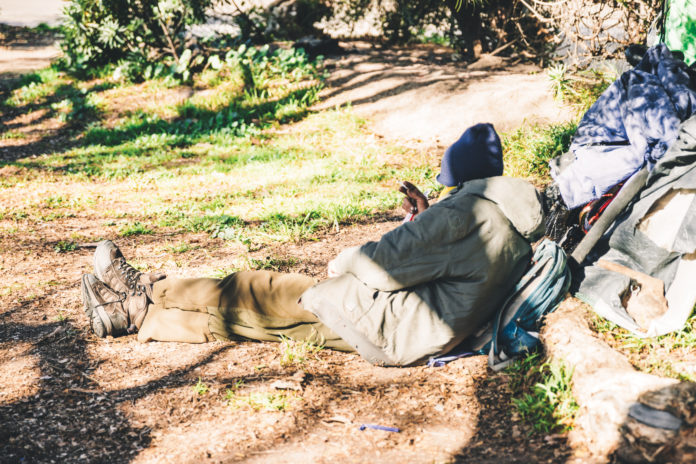 Home For Good Santa Barbara is a nonprofit organization that uses a leading coordinated entry system, “no-wrong door,” which is a county-wide system that connects individuals experiencing homelessness to resources that fit their needs. “We believe that everyone deserves a safe place to call home for good,” said the director of homeless and veterans impact initiatives at the nonprofit, Emily Allen, in an interview with The Bottom Line (TBL).

In the dark hours of last Wednesday morning, more than 500 volunteers canvassed assigned routes throughout the county. “They recruited, surveyed, and donated,” Allen said. “We could not have done it without the volunteers.”

Fourth-year political science major at UC Santa Barbara, Gustavo Munoz, was one of the 500 volunteers that showed up. “Knowing how many homeless people there are in a given area is important; it’s one of the best ways to know if there’s progress being made in the fight against homelessness,” he explained in an interview with TBL. “I signed up to be a small part of the solution and to help my community.”

The nonprofit has seen enlarging numbers of volunteers since 2011. The volunteers briefly documented who and how many people are struggling through homelessness. Home For Good uses that information to plan homeless assistance systems and create more awareness around the issue.

The nonprofit works closely with the county of Santa Barbara to understand who is experiencing homelessness so they can think of an efficient and productive solution to tackle the problem.

“We believe in long-term solutions to addressing homelessness and advocate for supportive housing and other evidence-based interventions,” Allen said.

Home For Good offers a “Homelessness 101” training that provides participants the answers to some of the most commonly asked questions. It is aimed to inspire familiarity with the interventions and terms associated with homelessness.

“Homelessness is a crisis both locally and throughout the country,” Allen said. “Many factors, including misinformation, myths, and ‘good intentions’ contribute to this problem.”

This count happened just weeks after Governor Gavin Newsom released the 2020 budget plan that allocated $750 million to a new California Access to Housing and Services Fund that is aimed at addressing needs that contribute to street homelessness. He also set out on a week-long homeless tour to analyze their homeless populations.

As of January 2018, the U.S. Department of Housing and Urban Development (HUD) had reported that California held the highest population of homeless civilians. Home For Good’s Point-in-Time Count is evidence of one of the many ways that organizations and agencies are attempting to decrease the vastly growing homeless population.

“California has seen a surge in resources and money for helping homeless individuals, but knowing how and where to use those resources can be difficult,” Munoz said. “The Point-in-Time count helps the state and the city learn how to better apply funds and how they can better help people.”