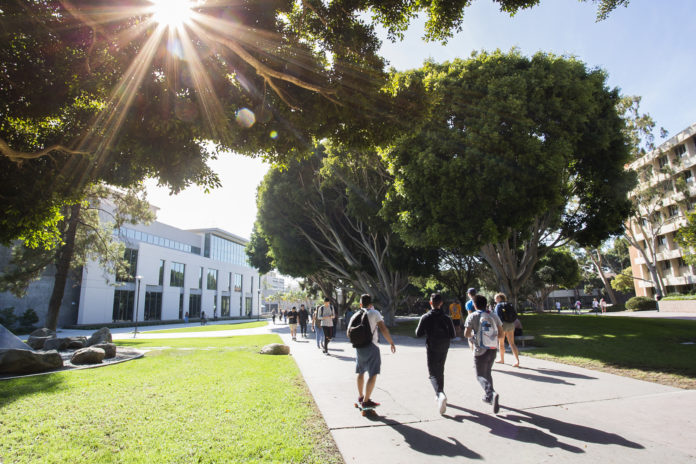 Although the minor has been around for a while, the department is now trying to spread more awareness of Jewish Studies in order to attract more students.

“Many students are not aware of [Jewish Studies],” said Ofra Amihay, a professor in the Religious Studies department. “A lot of students take so many Jewish Studies courses that they are close to completing the minor and they don’t even know.”

The minor, brought to UCSB in 1995, not only encompasses classes from the Religious Studies department, but also features courses from the History and Comparative Literature departments as well. To complete the minor, students have to take a year of Hebrew language courses offered in four different levels, ranging from biblical to modern Hebrew prose.

Along with the full year of Hebrew language, students must take one introductory course and additional five upper-division units. The upper-division classes are categorized under the topics of Jewish Religion and History and Jewish Literature, Culture and Society.

The minor offers courses including Representations of the Holocaust, which involves close analysis of post-Holocaust literature, and a two-class series focusing strictly on politics in the Middle East. This class goes in depth on political development and nationalism in the Arabian Peninsula while also focusing on oil politics in the area.

In addition to the minor, the department offers an optional Hebrew emphasis, adding another year of Hebrew language classes on top of the minor’s one-year requirement.

“It pushes you to explore a new language and when you learn a new language you get to learn all about its culture and history,” said Religious Studies professor, Aryeh Amihay.

Jewish Studies tackles classes from both the disciplinary and interdisciplinary perspective and offers topical courses such as “The Nazi Holocaust and Other Genocides” and “Gender in Judaism.”

“We’re very much interested in broadening the scope of what is thought of as Jewish Studies,” said Amihay.

According to the Minor in Jewish Studies website, “The representation of Jewish experience in literature, philosophy, film, art, and architecture … combine to produce a dynamic yet grounded study of Jews throughout the world.”

Over 40 classes available in this minor also count for general education requirements, a benefit of the minor that the department wants to highlight. To declare the Jewish studies minor, students are encouraged to speak to undergraduate advisor Christina Orzechowski.

Noah Fleishman, a graduating history major who had already fulfilled many of the minor requirements, did not know about Jewish Studies until it was too late for him to declare.

“One of my regrets is coming in as a transfer student and not knowing about the minor until this year, and I’m graduating in June,” he said.

Many students share Noah’s problem, which is why the revamping of the minor is taking place.

The Religious Studies department wants to shed light on Jewish Studies so that anyone interested knows about the opportunity they have to declare a minor in a subject important to them.

“It’s quite simple, it’s quite straightforward, we just need to spread the word,” said Amihay.