The Santa Barbara Museum of Natural History has brought back its “Butterflies Alive!” exhibit, where visitors can explore a garden full of almost 1,000 butterflies.

The exhibit, which first began in 2001, makes an appearance roughly every other year, but this summer features its first full run. Funded by donations from a campaign to honor the museum’s 100th anniversary, this year the Sprague Butterfly Pavilion is open from May 25 to Sep. 2.

The exhibit itself resembles a greenhouse, with net overhangs allowing sunlight to shine through and Central Valley sandstone lining the walls and entrances. A small fountain rests on one of the walls, and several benches dot the pavilion so children and their families can stop and watch the creatures around them.

Bright and brilliant flowers (like Lantana flowers, Widow’s-thrill, and Egyptian Star flowers) frame the exhibit, providing pops of purple, pink, orange, and yellow. They sit in pots on the ground, hang from planters above, and rest upon wooden archways that lead further into the gallery.

However, the real stars of the show here are the butterflies, and they don’t disappoint. Nearly a thousand of them fly every which way across the pavilion, feeding from plants, resting near the fountain, performing mating dances on stone benches, and sometimes even landing on visitors.

Kim Zsembik, the Butterfly Pavilion manager, spoke to The Bottom Line about the exhibit and its winged denizens. “There’s about nine or 10 different species at a time, of all shapes and sizes,” said Zsembik.

Julia Longwings, with unsegmented wings and orange scales, appeared to be the most common species of butterfly in the pavilion, along with Zebra Longwings, sporting black and yellow stripes. A careful eye could also spot tiny Atala butterflies with black wings dotted with blue and the occasional Monarch, with dark orange wings and white spots.

They fluttered around freely, feeding and socializing. Children ran around, with museum-provided field guides pointing out various species with a smile  Field guides outlined the different butterfly species, their Latin names, tips for finding them, and notes on how to differentiate between similar-looking ones.

According to Zsembik, this type of hands-on, firsthand education was one of the core goals of the exhibit. “The mission of the exhibit is to provide kids a way to explore, and work through their surroundings to ask questions. There’s physical engagement, not just reading. Everyday, a kid asks a new question.”

The museum definitely provided the tools to get lost in the pavilion, with the aforementioned field guides, and a microscope with which to look at dead butterflies and investigate them and their scales. There were also a few books for those interested in reading about butterfly life cycles and more.

Butterflies begin as eggs and after about a week, hatch as larvae (or caterpillars, as they are more commonly known). A caterpillar feeds for about two weeks before finding a place to reside and turn into a cocoon (also known as a pupa, or chrysalis). Here, the caterpillar’s body breaks down and is reshaped through metamorphosis.

After another two weeks, a butterfly emerges. Butterflies explore for roughly a month before laying new eggs and beginning the cycle anew. These processes can be slowed or stopped entirely by cold weather, which prompts the migration of monarch butterflies.

“There has been about a 75 percent decrease of monarchs in California,” she said. She expressed hope that the exhibit would bring awareness to the issue, and lead to more conservation efforts. While monarchs are far from the only butterfly species affected, their popularity may lead them to become a sort of poster child for the issue.

“Hopefully learning about the dwindling of monarchs from the exhibit causes — I don’t want to say a butterfly effect [laughs] — but causes waves and gets more people invested in saving these creatures,” Zsembik added.

The Sprague Butterfly Pavilion is open with the museum’s general admission from May 25 to Sep 2. Visitors can get a hands-on approach to butterflies, as well as information on how to live more sustainably and ultimately save the beautiful bugs around us. 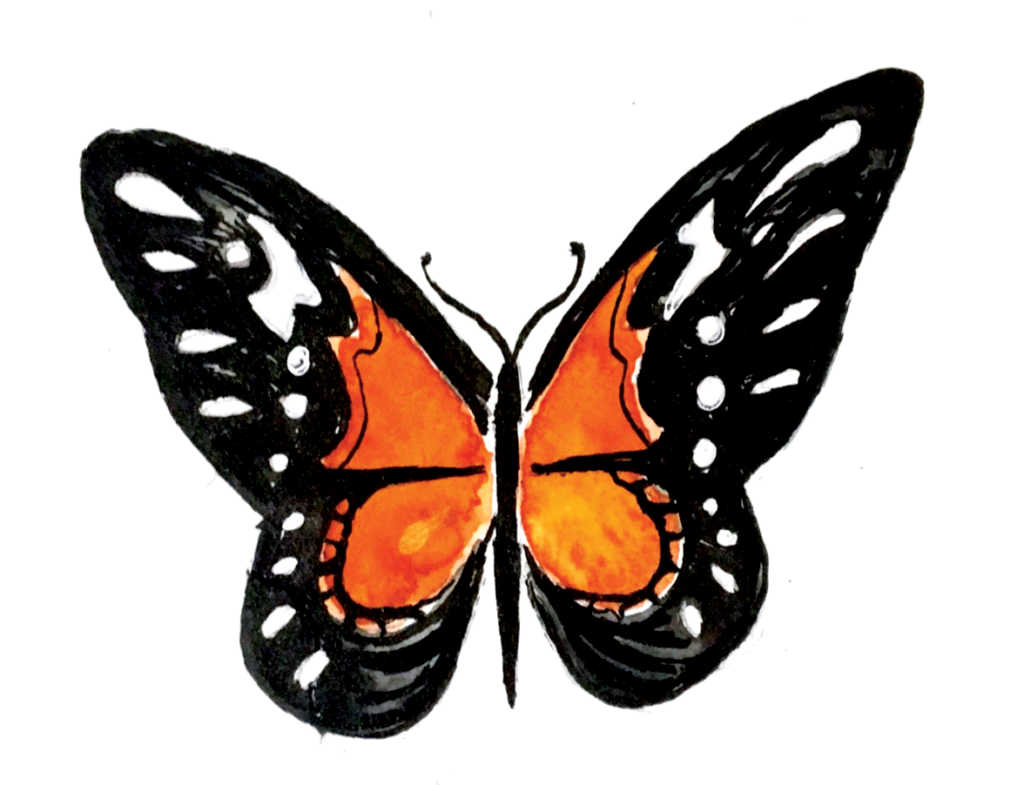