Theta Tau (UCSB’s co-ed engineering fraternity) presented “An Evening with Hyperloop,” an event designed to showcase the UCSB Hyperloop Team’s newest designs for its hyperloop pod on Wednesday, May 9. This is a levitating pod that has the power to revolutionize the future of the transportation industry. The event, held in Girvetz, included prototype demos, an explanation of Hyperloop’s history, a presentation of UCSB’s design, and a Q&A with the team.

SpaceX founder Elon Musk contributed to the original paper proposing a hyperloop pod which envisioned a “new mode of high speed transport” that would reduce “both the travel time and travel cost between Los Angeles and San Francisco.”

The so-called “Hyperloop Alpha Paper” included the initial schematics for a pod capable of travelling from Los Angeles to San Francisco in 35 minutes, carrying up to 28 people in capsules that would leave stations every two minutes. However, Musk put his plans to create the hyperloop pods to the side and invested in more immediately feasible SpaceX ventures instead.

However, in 2015, SpaceX announced plans to fund a competition that would enable teams of college students across the world to design and present their own hyperloop pod prototype. The competitions have been held annually at SpaceX headquarters, and the UCSB team is preparing for this year’s competition on July 22. Over 1000 teams have entered the competition each year, and UCSB has placed in the top 25 teams each year.

The hyperloop has been a senior capstone project in UCSB’s College of Engineering for the past three years. Senior capstone projects enable fourth-year students in the College of Engineering to participate in multidisciplinary engineering projects that tackle far-reaching problems. UCSB’s 2018 Hyperloop Team consists of 20 seniors and 15 non-seniors; 2018 is the first year that the team has allowed non-seniors the chance to apply in order to earn a spot on the team.

In an interview with The Bottom Line, fourth year co-project manager and electrical engineer Rachel Reyes elaborated on the decision to allow non-seniors to join the team: “This year, we onboarded non-seniors at the beginning of fall quarter and made them integral parts of the team. This allows the non-seniors to grow with the team and participate in design/manufacturing every step of the way.” Reyes added that she thinks the decision “to bring on interested students early will help greatly with transferring the project to next year’s team.”

In a separate interview with The Bottom Line, mechanical engineering student Jack Button also voiced his approval of the policy, saying that there are “students who have attended last year’s competition working on this year’s pod,” which means that the team is “definitely going into the competition with a head start.”

As a whole, the 2018 team is made up of advisors, electrical engineers, mechanical engineers, and computer engineers. Engineers are also additionally split into sub-teams which are in charge of categories like structures, power and electronics, stability and braking, and maglev (magnetic levitation).

In order to finance the construction of the hyperloop pod, there is also a fundraising team which is in charge of contacting sponsors and bringing attention to the team’s financial needs. This year, the hyperloop project counts companies like Northrop Grumman and the Montecito Bank & Trust as sponsors and receives additional funding from the UCSB Department of Engineering and the Department of Economics.

Button, who is also this year’s fundraising team lead, talked to The Bottom Line about the unique challenges that come with being both an engineer and fundraiser. “While I would definitely say that I’m an engineer before a fundraiser … I’ve had to approach the UCSB Hyperloop III design phase from a very budgetary standpoint.”

He has worked closely with both sponsors and the separate sub-teams within the project, “trying to understand what their financial needs are.” The UCSB Hyperloop Team also  benefited from the help of a Gauchoboost crowdfunding campaign which helped the team cover $24,000 of its currently estimated total cost of $34,410 excluding additional travel, competition, and outreach expenses.

Although the team has fared well with fundraising and public outreach, team members acknowledged setbacks that they have faced over the past year. During the Q&A session after the presentation, team members spoke candidly about their difficulties interpreting competition instructions which are oftentimes purposefully vague to allow each team the greatest amount of creativity possible.

Another example of a technical problem was with the pod’s lidar sensor — a sensor that emits pulses of infrared light and measures the time it takes for them to come back. The team was finally able to develop a working model of the sensor last week after two months of setbacks.

Button emphasized the value of teamwork and team-building the team has learned, “many of the people on the team have become some of my closest friends, and I feel very lucky to have found myself in this position.” Button also added that “this project has definitely been more rewarding … in more ways than I ever could have expected.” 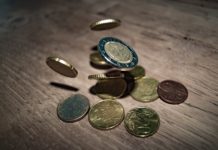 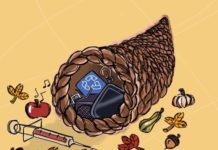 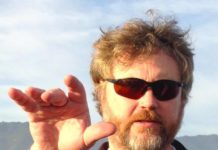