Associated Students Elections Board hosted a town hall on Tuesday to allow students an opportunity to provide feedback on this year’s election season, addressing issues such as elections legal code and the complaints process.

At the town hall, the 20 community members present at the MultiCultural Center were given the opportunity to respond to events that occurred this past election season. One issue raised was allegations against the A.S. President’s office purportedly collecting signatures for the NewCen renovation petition in an unethical way.

Such allegations included soliciting inebriated students, as well as failing to explicitly mention that the project would have increased student fees by up to $99 per quarter at its highest cost. However, the audience had no response on the issue, despite it being a point of contention leading up to the election.

When Elections Board brought up the complaints system, audience members cited the timeliness and difficulty of tracking complaints. Elections Board offered to create an instructional PDF to facilitate the process.

Currently, the complaints process is done through email and phone notifications. Some of the audience members discussed having a centralized platform to check for complaints instead.

Sean Liberman, Assistant Director for Technology, offered a potential alternative, “If there needs to be a central location where candidates can see complaints against them, then that can be a part of the A.S. elections website portal.”

However, there was concern about the Elections Board’s communicativeness.

At the Senate meeting on Wednesday, May 17, many Senators were caught by surprise by the disqualification of External Vice President for Statewide Affairs Candidate Mayela Morales, which they were not notified of until shortly before originally scheduled to approve the elections results.

It was not until 5:25 p.m., just over an hour before the Senate meeting was scheduled, that the public was officially notified of Morales’ disqualification through an email from outgoing Internal Vice President Jasmine Sandhu. There was no explanation attached in the email itself — Morales’ name was simply crossed off the elections result sheet with the line “this candidate has been disqualified.”

The Elections Board has declined to clarify their decision to retroactively disqualify EVPSA-Elect Mayela Morales, repeating that “the matter was confidential between elections board and the candidate in question.”

“In general, the process for complaints is normal. However, bigger things like disqualification of candidates, such as the one that was brought up just a few minutes before Senate, would be more helpful if the senators knew [the] Election Board’s reasoning,” said outgoing Off-Campus Senator Dycaico.

Additionally, the forum discussed alternative sanctions to fines, such as restricting campaigning times. However, Quan highlighted that it is impossible to hold candidates accountable if the punishment isn’t more tangible. 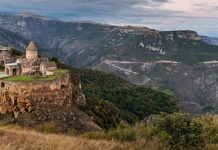