The Associated Students President and at least one leader of an A.S. entity have criticized a number of actions taken by University of California, Santa Barbara administration in the past year to more closely oversee A.S. spending.

UCSB Audit & Advisory Services conducted an “internal control review” of A.S. in July 2016 as an accountability measure. The audit determined that A.S. does not have “full, formal authority” to procure its own funds. Procurement refers to the process of finding vendors and crafting agreements to buy goods and services from them.

A.S. entities include a variety of student-funded services, like the A.S. Food Bank or the Isla Vista Tenants Union. These organizations use student fees to carry out services for the community. As long as they comply with university policies — for instance, student fees can’t be spent on alcohol — the organizations typically have full authority over what they want to purchase.

The 2016 audit states that A.S. may not sign agreements or contracts with outside services without “proper authority,” and that in certain areas it needs to “improve practices to comply with University policies.”

A.S. President Hieu Le, a fourth year political science major, told The Bottom Line that in more than a year since the audit was published, UCSB administration has tightened its hold “more and more” over the A.S. entity budgets, making entities buy certain goods and services (like office supplies, food, and hospitality) only from pre-approved vendors, which Le said can often be more expensive.

Administration also now requires more oversight by A.S. staff members and advisors, Le said, when students want to form contracts with third-party services. He called the university’s enforcement of policies like these “aggressive,” saying that UCSB administrators have made an effort to “force compliance with their recommendations.”

UCSB administrators are currently working with A.S. Executive Director Marisela Marquez to iron out how exactly new procurement processes will work. In November, Marquez will present templates for how contracts will be signed to both A.S. Finance and Business Committee and the Senate for approval.

Chuck Haines, the Acting Assistant Chancellor of the Office of Budget and Planning, responded for comment with a short email statement but didn’t address many of Le’s concerns. Instead, he confirmed that administrators are working with Marquez and establishing procurement authority for A.S. staff.

“We have been working through the process to formally extend signature authority to AS staff members to facilitate their procurement activities,” Haines said. “We believe this extended authority can meet the procurement requirements dictated by UC policy while maintaining [A.S.] decision-making autonomy.”

But Le said the university, during transitional periods between A.S. presidents, has already “ramped up” control over who students can buy from. Administration began rapidly enforcing policies during the specific months when both he and his predecessor, Austin Hechler, took office, Le said. He called the timing of these additions “intentional.”

“You’re thrown in the middle,” he said. “You’re in a high-level meeting and you don’t know what’s going on.”

Marquez told The Bottom Line that A.S. hasn’t “implemented a whole lot of changes yet.” Having studied procurement for the past three years, Marquez indicated students shouldn’t worry about losing their spending autonomy.

“We’ve moved forward with a new set of understandings,” Marquez said. The process, she said, involves “training and coalescing with the students — who are the decision-makers — in compliance with the university.”

The audit itself recommended that A.S. consult with university higher-ups to clarify whether A.S. needs a “formal delegation of procurement authority.”

Le insisted administration already granted A.S. independence when it comes to autonomy over how money is spent. He pointed to a letter written by then-Chancellor Robert Huttenback. The late Huttenback had written a formal delegation in 1982 outlining the relationship between A.S. and the university.

In it, Huttenback wrote that A.S. “may expend funds accumulated annually” from student fees “for purposes deemed compatible with the objectives and purposes of the Association as an official unit of the University.” The letter has never been revoked.

The 2016 audit mentions Huttenback’s letter but says that it “refers only to the expenditure of funds, and would typically be considered financial authority, not procurement authority.” In its appendix, the audit says “procurement authority” includes the power to find suppliers and enter contracts with them.

Chancellor Huttenback Letter by The Bottom Line on Scribd

A.S. Program Board (ASPB) has felt the effects of the increased administrative oversight, according to Le and Program Board Commissioner Tarush Mohanti.

ASPB holds events during popular I.V. “party” weekends, like Delirium, which takes place over Halloween, or The Warm-Up, held during Deltopia. Both of these events may be jeopardized in the future with certain new policies, Mohanti, a fourth year statistics major, told The Bottom Line.

Booking artists to perform at concerts involves a lot of planning and negotiating. But since the audit, the rules “suddenly” mandated that contracts with performers be finished more than 10 business days ahead of time, Mohanti said. If these policies were enforced before the audit, he said, concerts like Snoop Dogg’s appearance at Delirium in 2015 wouldn’t have happened.

Procurement is efficient for small purchases, like office supplies, Mohanti said, but having to go through specific vendors for big purchases isn’t as easy.

“Just a few weeks ago, we wanted to pass money for some production items, like mic stands, that we need for our events,” he said. “Our budget was $400 for those things. When we voted on meeting, our advisor, [Marilyn Dukes], was like, ‘you know, you probably want to at least double that, because you don’t know how much it’s going to cost with procurement.’”

Dukes, the assistant director for student programs, events & services, agreed that the “new systems” in place after the audit are “contrary” to how A.S. is used to operating.

“In the past, A.S. organizations have been known to respond to current events and community issues fairly quickly,” Dukes told The Bottom Line in an email. “The new policies make that type of dynamic response more difficult and sometimes impossible.”

Le was skeptical of the university’s intentions, saying the school “jumped on an opportune time politically” when it began enforcing oversight while he — and previously, Hechler — were transitioning into office.

Le said he confronted Haines about procurement concerns. He said Haines told him he’d look into it and has not responded since.

“I think it’s a communication disconnect,” he said about the problems between students and the administration. “Maybe that’s just optimism. You don’t really get to talk to them.” 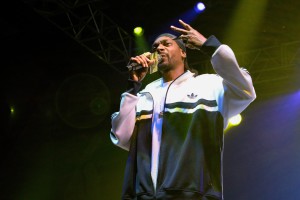 While ASPB scrambles to put Delirium together, Le has asked Chancellor Henry T. Yang to sign a letter similar to the one authored by Huttenback in 1982. Marquez told The Bottom Line that she encourages Le’s determination, saying, “if Hieu wants to do it, it’s totally within his purview as president to do so.”

Le said he has already spoken previously to Yang about procurement, and the chancellor was receptive. That time, Le said, he told Yang, “the issue of student autonomy is not one you want to be on the wrong side of.”