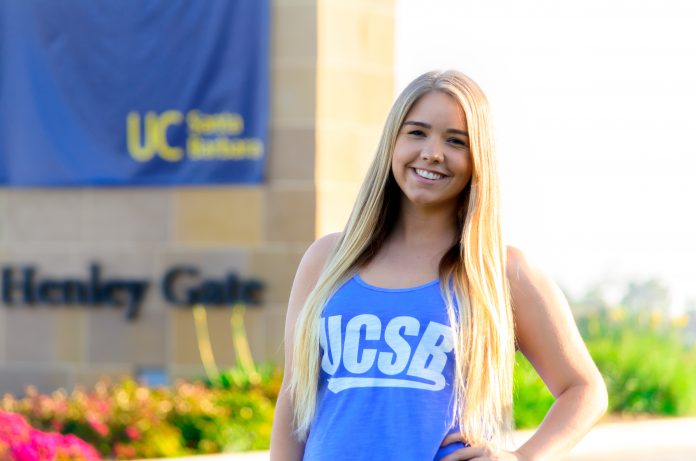 Originally from Morgan Hill, Calif., Pearman graduated with a bachelor’s in political science this past year, walking the stage in June. She served as an Associated Students off-campus senator during the 2015-16 school year and worked as an orientation staff member in 2016, while she was also an active member of Kappa Kappa Gamma.

“What I loved about Kelly was that she made everyone feel included and positive; she could meet anyone and in five minutes be homies with them,” said Matthew Santos, a UCSB alumnus who was one of Pearman’s close friends. Santos said that he had met Pearman during their freshmen year at a friend’s party, and the two became close during that year’s A.S. elections.

Friends and family posted memories of Pearman on her Facebook profile, which has since been turned into a “Remembrance” page. Many posts recalled Pearman as a kind and funny person, who had brightened many people’s days.

Many said that Pearman’s love of life and positivity were some of her best qualities.

In 2016, Pearman completed a quarter in Washington, D.C., interning in the office of Sen. Dianne Feinstein (D-Calif.). Most recently, she worked as a specialist at an Apple Store in Santa Barbara, according to her LinkedIn and Facebook profiles.

“Kelly was the apple of my eye,” said Gabriela Turner, who was Pearman’s big in Kappa Kappa Gamma. “Each time I saw her, my eyes would light up and my heart would feel warm. She had that effect on many people.”

“For me, she taught me that true friendship is unconditional and that each day should be lived to its fullest,” said Turner. Turner added that Pearman was “always ready for life’s next adventure,” and that although she was taken away from her friends and family too soon, Pearman would always have an impact on them.

In lieu of flowers, friends and family have started the Kelly Anne Pearman Memorial Scholarship at UCSB. For more information, interested donors may contact Kelly Adams at (805) 893-4968 or Kelly.Adams@ucsb.edu.