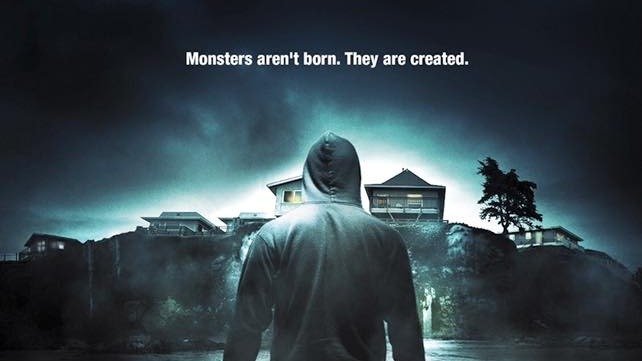 The horror film Del Playa, which shares similarities with the events of the 2014 Isla Vista killings, will be released on Friday, director Shaun Hart confirmed Thursday morning.

Del Playa tells the tale of a romantically-jilted young male who exacts murderous revenge on a slew of partying college students. The premise resembles the events of May 2014 and the titular Del Playa Drive is the oceanside street upon which the real-life perpetrator carried out part of his attacks.

A synopsis on the film’s official website confirms the movie is “set in the vibrant party atmosphere of UC Santa Barbara’s adjacent town,” and the film’s working tagline reads: “Monsters aren’t born. They are created.” About “50 percent” of the film was shot in I.V., including many of the party scenes used in the film, Hart told The Bottom Line on Thursday.

“I love I.V.,” said Hart, who graduated from the university in 2007. “Santa Barbara’s my home.” He called I.V. a “beautiful, laid-back, creative, scientific” community and said the events of May 2014 were akin to a “storm showing up at your doorstep.”

Hart pointed to a string of mass killings over the years, including the Columbine massacre and the 2001 I.V. killing spree, which ultimately resulted in the perpetrator being ruled insane.

“If you look at the parallels,” Hart said, “the digital era has made things more angsty. Everyone can view each other’s curtailed lifestyles and perfect relationships. What happens if you’re lesser than that?”

He emphasized that the world of social media “constantly inundates” the community with the notion of social status, which he said he noticed when websites like MySpace and Facebook became popular during his UCSB days.

“That’s no justification at all for what happened,” Hart said. “It was heinous and sick — and really sad.”

Del Playa will be available for streaming on major online platforms like iTunes, Google Play, YouTube, Amazon Instant, and others, Hart said.

The film’s initial announcement two years ago drew tremendous ire from I.V. residents and students. A change.org petition to “halt” the release garnered over 29,000 online supporters. The efforts temporarily worked, as Hart shelved the project until the backlash cooled off.

When Hart reintroduced the film’s release to the public in December, the backlash swiftly returned, and a second petition — started and publicized by former Associated Students President Jonathan Abboud — called for Hart to either stop the film from coming out completely or donate all of its proceeds to the “Isla Vista community.”

“I’m disappointed,” Abboud told The Bottom Line, “that anyone would want to publish [the film] at all.” Abboud said he had contacted Hart in January to discuss creating something positive out of the situation. Hart was initially receptive, Abboud said, but “disappeared” a few weeks later and stopped responding.

“He doesn’t care even after we gave him a chance,” Abboud said. He went on to say that boycotting streaming services for showing the film would take an organized effort. If anyone tries to show the film in I.V., he said, there would be either a protest or an alternative event to detract from the screening.

“It’d be great if there was a documentary to really show what happened,” he said. “But [Del Playa] is not that.”

July 21, 11:14 a.m.: The article has been updated after The Bottom Line confirmed the film will be released on certain streaming services.