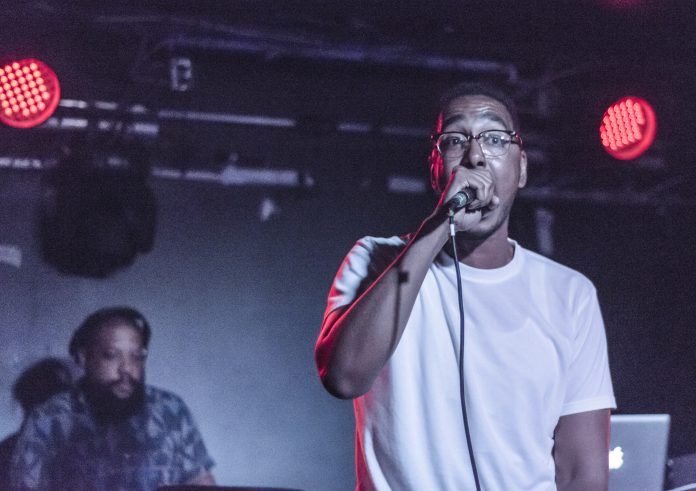 Oddisee’s newest album, Iceberg, is another underground-oriented offering from the first-generation Sudanese American, challenging listeners on a host of political questions. After releasing primarily instrumentals over the course of his career, Oddisee chines through with the album, which is the first where his lyrical skills are front and center stage. He also continues to highlight his production prowess with an organic sound bolstered by live instrumentation.

Political themes dominate the subject matter. On opening track “Digging Deep” he tells the listener, “I ain’t here to tell you everything will be fine/Cause thinking critically is really on a decline,” before asking them to, “Please read, between the lines.” It’s an interesting request from a rapper who spoon feeds his values to his listeners, bluntly informing them of his political beliefs on each track with little concern for delicacy.

Lines like, “How you saying all lives matter when the stats say we are not adjacent (nah like really),” from single “Like Really” and, “I make more than my sister/’Cause I was born as a mister,” from “Hold it Back” leave little doubt that issues of race and gender play prominently on the album. Despite weaving impressive lyrical webs on most tracks, in addressing such issues Oddisee sometimes crosses the boundary between wise community leader and preachy, self-righteous social justice warrior.

He is at his best when, rather than preaching values, he tells stories emphasizing them. “You Grew Up” paints a personal picture of how prejudice destroys relationships with the fictionalized tale of Oddisee’s real-life white childhood best friend growing apart and ultimately shooting a black man.

“He was grunge, I was fresh we were young/And we cuss along to rap trying to sneaking into punk clubs/But things changed when his pops got laid off/He blamed my father for the loss of his job/He said immigrants robbed citizens jobs/And I better never set foot again in his yard.” From this narrative, the listener understands the true impact of scapegoating immigrants: destroyed relationships, lost potential, and, ultimately, senseless violence. It speaks volumes more than stale platitudes like, “How you gonna make us great, when we were never really that amazing,” from “Like Really.”

He may never be as talented at weaving his social justice mentality into his music as Kendrick Lamar or Chance the Rapper, who brought socially-conscious lyrics to the mass mainstream over a background of live-studio jams. However, because Oddisee composes his own production, each track sounds more personally curated for his style than either of those superstars.

Layered horns lead into a live-instrumental bass line complimented by electric guitar strums and crisp snare snaps that drive his rapid-paced delivery forward on “Digging Deep.” Jangly guitar chords and haunting vocal samples convey a feeling of frantic disorientation on “Waiting Outside,” which addresses mental health issues in the Black community. A programmed drum kit carries “Built by Pictures” from synth-driven verses where Oddisee describes his life to dazzling saxophone arpeggios on the choruses where he describes the dreams that made him live.

With strong production backing him up, Iceberg is a big step in the development of Oddisee’s writing skills despite its occasional missteps content-wise. Primarily weak choruses rather than weak lyrics are his biggest barrier to mainstream appeal. Iceberg will be a fun challenge for listeners who want to dig deeper than the surface to expand their sonic palette and engage with difficult issues.