Home A & E Dumbfoundead’s ‘We Might Die’ Livens His Career 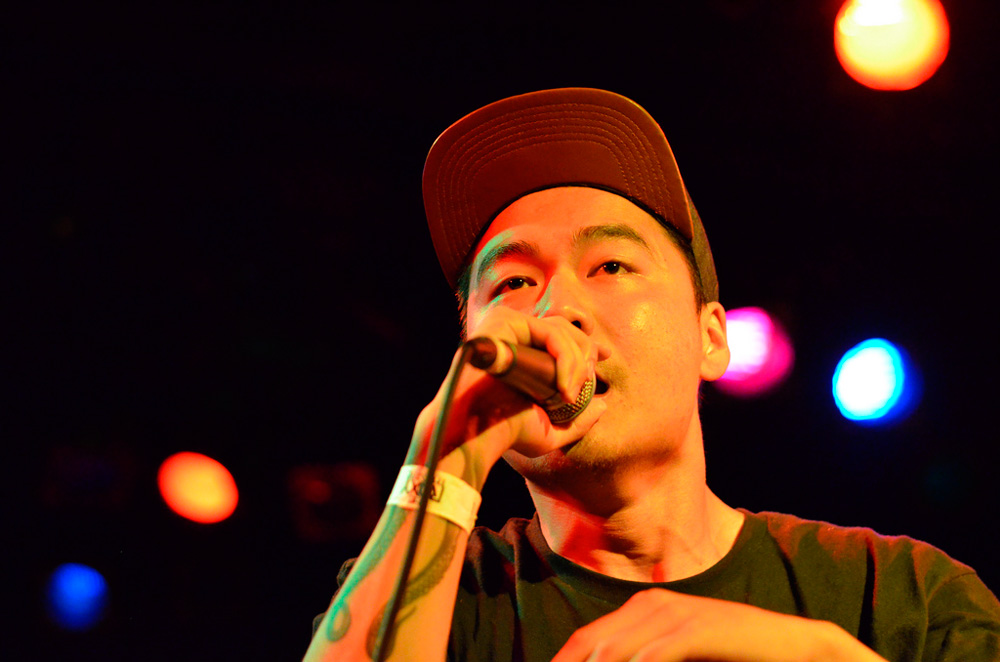 L.A.-based Korean rapper Jonathan Park, better known as Dumbfoundead, just released his fifth major work, We Might Die. With this release, Dumbfoundead is becoming a more recognizable name in the rap community, especially since he landed his first major feature: Too $hort on the song “Cochino.” The album solidifies Park’s place in the Asian-rap Hall of Fame and shows serious signs of transitioning into the leap towards mainstream recognition.

The intro to the album, Murals, sets the scene and reaffirms Dumbfoundead’s eloquent rhyme scheme and blaring beats. He was recently enshrined as a K-Town legend by having his portrait displayed outside Catalina Liquor in the heart of L.A. (“When I die, I’m a God, paint me large on the wall/Mural, mural on the wall, may this legend never fall/Paint my face on the side, of the liquor store when I die/The one on Catalina up on 8th Street, paint me I want to be immortalized”). It’s a great exposition to the album, witnessing Dumbfoundead reestablishing his place after a three year hiatus (Old Boy Jon was released in 2013).

Achieving unprecedented success as an Asian-American rapper, Dumbfoundead has always used his platform to bridge the gap between cultures in a mostly African-American dominated community. Throughout We Might Die, there are nods to his roots and heritage, like the song “Ancestors” (“Ya’ll can run my ancestry, no question/Check my pedigree, my family forever be”… “My family told me not to trust you/We crossed the border with the drug mules, aint no hood we can’t adjust to”). This is a running theme throughout his entire body of work, going back to tracks from his last album and even before that.

Perhaps the Asian theme is most prevalent on the track, “Safe”, his major hit single. He attacks popular media for its “White-washing” of television shows and movies, spearheading the push for more diversity in visual media (“The other night I watched the Oscars and the roster of the only yellow men were all statues/We a quarter of the population, there’s a room of fucking one percenters laughing at you”). He unapologetically antagonizes this phenomena and the subconscious, oftentimes unintentional racism in his music video, where he is deemed to not have “the Hollywood star quality” substituted with a prototypical white actor to film the video.

Another interesting song on the album is his other single, “Harambe,” beating to death a social issue that transformed into a seemingly resilient social media trend. It’s not on my Top 10, but it showcases Dumbfoundead’s versatility, how he can rap about a variety of topics. Much like his timing with the release of this song, the release of the album is fitting with the political landscape of America. He tweeted his sentiments regarding the voting results and president-elect Donald Trump (“‘This exactly why I named my project ‘WE MIGHT DIE’,” he posted on his Twitter).

Always tying relevant events or bringing issues to light in his music, Dumbfoundead tries to keep the topics in his rhymes up-to-date and pertinent. Furthermore, he has launched his very own online merchandise specific for the drop of the album, so it’s safe to say that Dumbfoundead is grinding in all aspects of his craft. K-Town has a lot to be proud of — Dumbfoundead almost singlehandedly is making socially and politically charged waves in the music community as an American-Asian rapper.