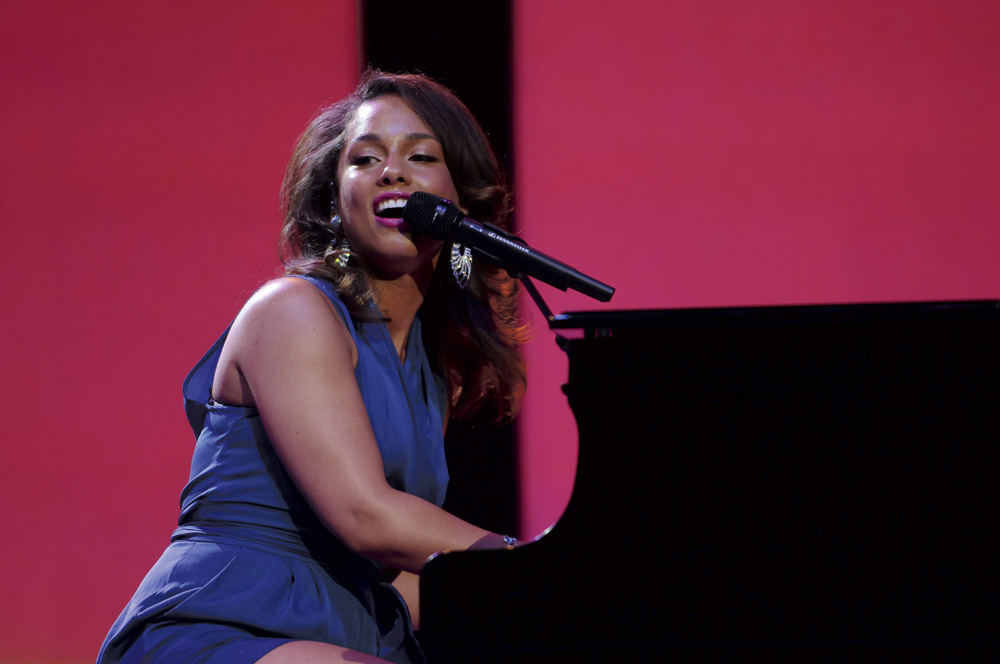 Alicia Keys transformed her image both physically and musically in recent years. From refusing to wear makeup to highlight her true beauty, to fighting for reform in social justice issues such as civil rights, feminism, and criminal justice reform, Keys has reinvented herself multiple times. Her newest album, HERE, reflects this change with some powerful, heartfelt music.

Keys has always been renowned for her pleasing vocals and spectacularly crafted love songs on her past albums, but she brings something new to the table with this recent release. HERE is an album inspired by the causes and people that Keys supports, and is meant to empower and inform women, the poor, and marginalized groups.

Keys emphasizes the living conditions of many African-American communities. Her first song, “The Gospel,” explicitly speaks about horrors of life that many people can relate to: broken families, drug addictions, poverty, and crimes. Keys sets the song in her home state of New York, and describes how money is a driving factor that turns life into a twisted reality of “survival of the fittest,” where men and women must stoop to selling drugs, stealing, and undesirable things just to live another day and put food on the table.

The impact of this song is heavy, especially so for people who have experienced the horrible truths that Keys mentions. A great irony is that the song is called “The Gospel,” when the lyrics are not of good news, but of the harsh reality of life for people in the world today.

It is obvious that Keys is an insider in the world that she describes, and in her second song, “Pawn it All,” she lays down the regrets in her life. Although she is a world-renowned artist and worth a great deal of money, Keys believes that her mistakes are almost greater than her successes, so much that she would give it all up to “start [her] life over again.” This song is relatable to anyone who has suffered from dark times in life; mistakes do haunt us for years and years after.

“Kill Your Mama” is another self-reflection song that criticizes the world’s values of money and power. Keys says that we’ve made ourselves into monsters, that we are “killing ourselves,” and “money is the king.” This song criticizes the rebellious nature of the world, in which we stray away from the values and teachings of our wise mothers. In our defiance, we hurt our parents emotionally, hence the title, “Kill Your Mama.”

Keys is a champion of feminism and is outspoken about the marginalization and objectification of women. “She Doesn’t Really Care_1 Luv” is a song that directly attacks the standards society puts on women. In the song, she mentions many women from different areas and nations like Egypt, Harlem, and Somalia.

Keys puts emphasis on how valuable each individual woman is, despite society’s mental chains having made them not care about who they are, but rather throw “diamonds in the air,” representing the wasted value these women have when they are pressured to conform. She goes further and says this corrupted standard influences women to make poor decisions, such as having a baby with a man who doesn’t really care about her.

“Girl Can’t Be Herself” is another song that directly empowers feminist values. In this song, Keys criticizes makeup and beauty standards that pressure women to look a certain way to please society. This song really speaks to anyone with insecurities, as Keys says that she is “secure with [her] insecurities” and repeats the proverb that “beauty is in the eye of the beholder.” These two songs really show the journey that Keys’s music has made in empowering women, from love songs that fantasized about a significant other to empowering music that encourages confidence and empowerment of women.

“Illusion of Bliss” is arguably the most emotional song on the album. Keys taps into the agony of the many people who are just sick of life in general. She describes a person who is lost, depressed, and finds no satisfaction in anything in life. The person is tired of failed relationships, tired of the mask she puts on every day, and sick of the roller coaster ride of life. This song is a heartfelt cry of help that greatly represents humans when they are depressed and have no direction in life.

Although Keys highlights the world’s depressing realities, HERE includes a handful of songs that preach hope and encouragement for listeners. One of these songs, “Blended Family” (featuring A$AP Rocky), tells the narrative of a woman marrying a man who has children, presumably from a previous marriage. Keys glorifies love and how it is the healing medicine for a broken family. One powerful line from this song is “I believe love can bring us closer than blood,” and it illustrates the power of love and how it fuels our lives.

In HERE, Keys explores the hot topics of this modern age and how they affect people across the globe. Keys is gifted in that she is not only able to musically express emotions and memories of these topics, but also explore the lives of other people to create relatable narratives for listeners who may have experienced similar situations.

Musically, Keys is an amazing artist who is able to invest a lot of passion into all of the songs on this album. Keys has always been an artist that incorporates her experiences and emotions into any song she creates, and this album is evidence of that fact. This album is not purely R&B like her previous albums, but is more like a hybrid of spoken word, with a hint of rap, R&B, and pop. It’s an interesting mix that is different from her usual style, but I still believe old fans will enjoy, as I have.

I definitely recommend listening to, or even purchasing this album, as it is an impactful set of songs that capture the essence of 2016. It would be a great album to listen to in the future, to look back on the issues that Keys, as well as many others, fought for in these times and how much progress, or lack thereof, has come. Keys masterfully crafts a touching set of music that expounds upon the feelings and struggles of minority groups, the poor, and women by incorporating personal experiences, allegories, and pure vocal talent.