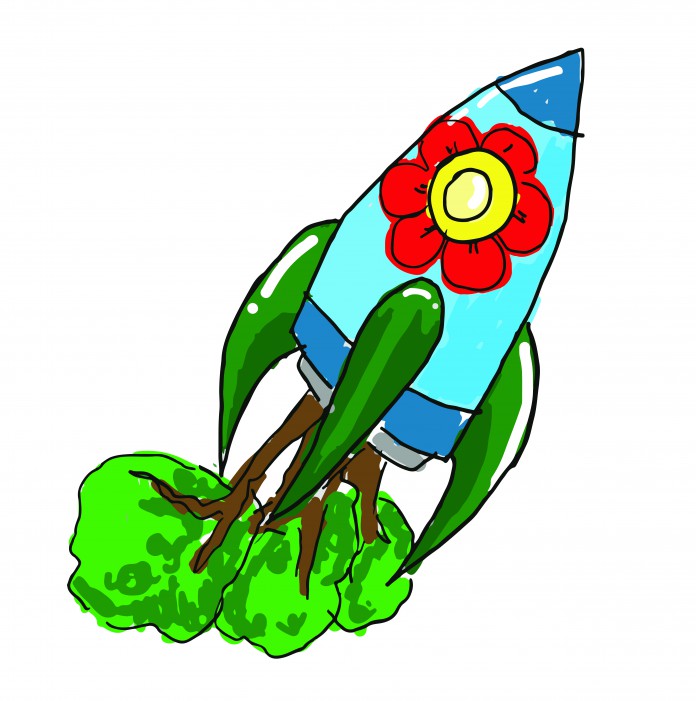 New developments in NASA’s Environmentally Responsible Aviation (ERA) project could help commercial airlines reduce their fuel consumption by half, cut pollution by 75 percent and lower aircraft noise levels dramatically to about one-eighth of what it is today. For airlines, these technological innovations could mean a potential reduction in expenditures of $255 billion between 2025 and 2050.

The Environmentally Responsible Aviation Project began in 2009 as part of NASA’s Aeronautics Research Mission Directorate’s Integrated Systems Research Program with the goal of exploring the feasibility, benefits and risks of creating new technologies and vehicle concepts that would limit the impact of aviation on the environment. After six years and a total of $650 million in investments from NASA, Boeing, Pratt & Whitney and other companies, the ERA project concluded in 2015.

New embedded nozzles that blow air over the surface of the airplane’s vertical tail fin can enable planes to be constructed with smaller tails to reduce weight and drag. This was tested using Boeing’s ecoDemonstrator 757 airplane with promising results.

“If we can control the flow of air over the vertical tail on demand, we believe we can provide enough side force during takeoff and landing that aircraft manufacturers can safely make the tail smaller,” Mike Alexander, lead systems engineer for the flight tests at NASA’s Langley Research Center in Hampton, Virg., said, according to the NASA website.

NASA has also developed a new process for stitching together composite materials to create more damage resistant structures, so that planes can be shaped differently to reduce overall weight.

“Armstrong’s work with ACTE is a great example of how NASA works with our government and industry partners to develop innovative technologies that make big leaps in efficiency and environmental performance,” Jaiwon Shin, associate administrator for NASA’s Aeronautics Research Mission Directorate, said.

NASA also teamed up with General Electric to improve parts of a turbine engine which can improve aerodynamic efficiency and could limit fuel burn.

Working with Pratt & Whitney, the team came up with two innovations. First, they improved the design for a jet engine combustor, the chamber where fuel is burned, to reduce the amount of nitrogen oxide produced to cut overall pollution; second, they created a new advanced fan design to improve propulsion and reduce fuel burn.

NASA engineers have explored new tools capable of predicting and simulating sounds of planes, a process called auralization, in order to better factor in noise when constructing aircraft in order to reduce overall loudness.

“People in the automobile industry have been doing this for years,” Stephen Rizzi, senior researcher for aeroacoustics, said. “For aircraft, there really hasn’t been the capability until recently. By putting these pieces of prediction and auralization together, we have a new capability.”

Finally, researchers have studied the feasibility and the efficacy of the hybrid wing body concept in which the wings seamlessly join the fuselage, and the engines are mounted on top of the rear of the airplane.

“It was challenging because we had a fixed window, a fixed budget and all eight demonstrations needed to finish at the same time,” Fayette Collier, ERA project manager, said. “We then had to synthesize all the results and complete our analysis so we could tell the world what the impact would be. We really did quite well.”

These technological innovations may sound like the stuff of sci-fi films, however, Shin reiterated their application in the commercial field. “If these technologies start finding their way into the airline fleet,” Collier added, “our computer models show the economic impact could amount to $255 billion in operational savings between 2025 and 2050.”