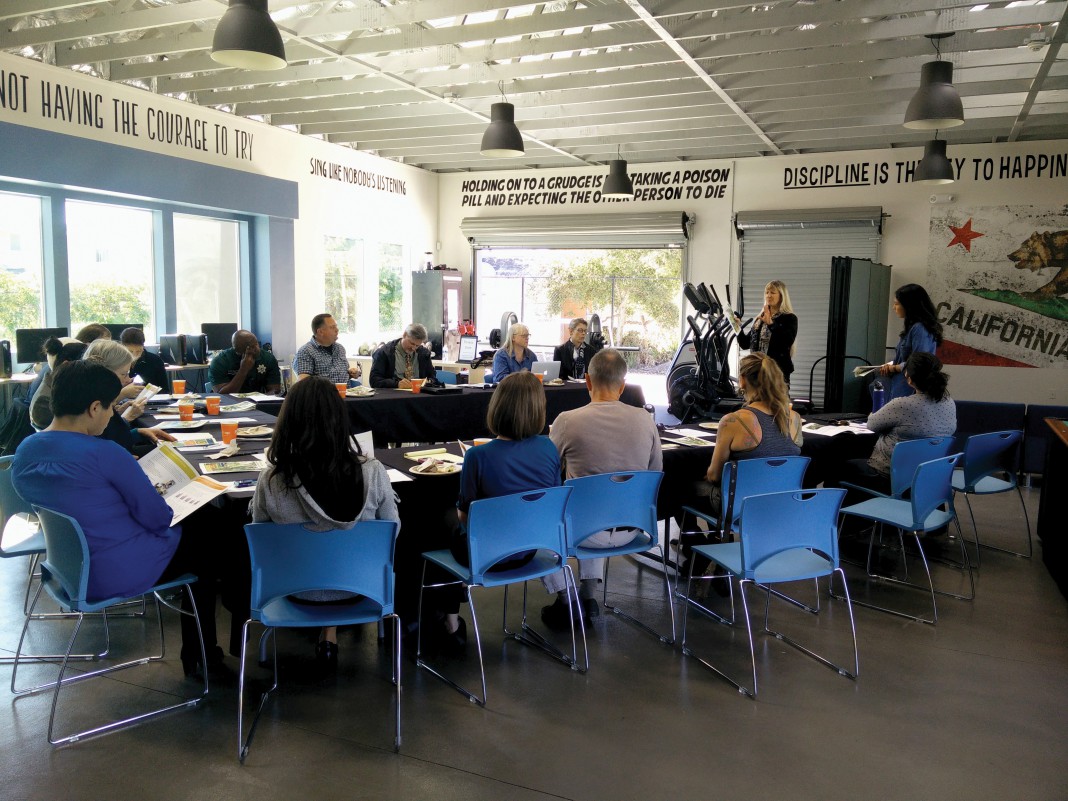 After introductions and a set of announcements regarding upcoming events, Dela Cruz began the the discussion by recapping her office’s and students’ efforts to keep Halloween peaceful.

“As I sat in different meetings, I really saw a culture shift in IV,” Dela Cruz said. “One of the things that we took on this year — Associated Students Program Board had two concerts this year, unlike any other year.”

Dela Cruz also mentioned the University of California IV Volunteer Program’s efforts to maintain a cordial relationship between officers and students, among some of the alternative events her office organized. She ended the Halloween recap with an announcement that a committee will begin planning for the 2016 festivity early next year, and said that a Day of the Dead event the scale of this year’s Meet Your Neighbor Day has been envisioned.

“I have been in discussion with [Assemblymember Das Williams’s] staff members to talk about how it is that we’re going to [inform] students, like presenting at organizations, and through university announcements and tabling,” Dela Cruz said. “Also community members. How is it that we’re going to continue to engage the Latino community particularly, who have yet to come to an AB 3 meeting?”

Dela Cruz expressed that she’s open to feedback to relay to the search committee for a new Associate Vice Chancellor for Public Affairs and Communications. She also gave a small overview of her ongoing “Latinos in IV” project and mentioned a developing website for IV landlord information, before she stepped out to participate in the Million Student March that was starting on campus as she spoke.

“This Halloween was probably more along the lines or even slower than last year,” Sgt. Brittingham said. “We got the community onboard to help the students … and it seems that [UCIV’s] participation really makes a big difference.”

Sgt. Brittingham also said that due to the calm nature of Halloween the past two years, there’s hope of a declining police presence for the upcoming years, partly because of the high price tag that accompanies the extra power to patrol the streets of IV throughout the festivities.

“It’s a whole lot of money,” Lt. Signa said. “It’s expensive because — to have that many officers, all these different organizations, it’s not even just the sheriff’s department or the [UC] police department’s costs, it’s all the costs of all the different groups involved.”

Signa added that police presence during the Delirium concert was also expensive, but that investing in those types of events is the correct approach.

IV Food Co-op General Manager Melissa Ilana Cohen expressed her hope for a scaling down in law enforcement presence, considering that business was down. Stakeholders then started circulating ideas for business participation in university organized events, including the idea of having a vendor at the long lines for the Snoop Dogg concert.

The Halloween Adopt-A-Block event, dedicated to clean up IV streets after large events, picked up 2,700 pounds of garbage this year, compared to the over 4,000 pounds picked up in 2014 and the 40,000 pounds in 2013, according to Gould.

“[THRIVE IV] is a community-wide initiative to improve outcomes for children and families who live in IV,” Miller said.

The next IV Community Network Meeting will be held on Dec. 10., where IV Youth Projects and THRIVE will share more of their visions for IV.

Feb. 9, 2016: This article has been updated to reflect current information.