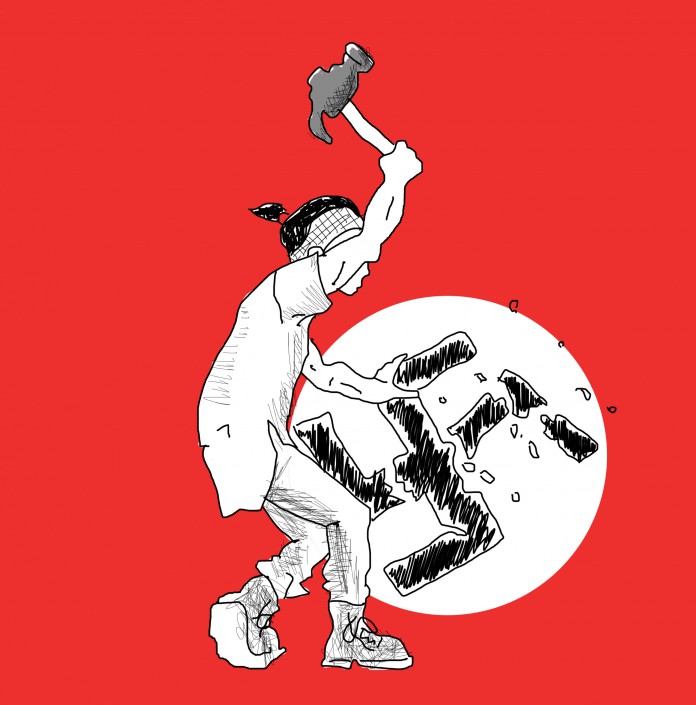 Amid growing concerns about anti-Semitism on University of California campuses, there have been calls for the UC system to adopt a stricter definition of anti-Semitism, specifically the “Three Ds” definition put forward by the U.S. State Department, which includes demonization, double standards and de-legitimization of Israel.

There is no doubt that we do have a genuine problem with anti-Semitism. Cases of hostility toward Jewish students at UC Santa Barbara and other UC schools have been extensively documented. Acts of violence, harassment, and vandalism directed toward Jewish students and Jewish organizations are all already forbidden, punishable both by law and by university conduct codes. These crimes should be taken very seriously. However, a stricter definition of anti-Semitism goes far beyond the purview of the University of California.

The UC system has no obligation to protect its students from emotional turmoil that comes from hearing harsh attacks on Israel. On the contrary, the University’s goal of helping students think critically is inherently a challenging and uncomfortable process. Jewish students should be prepared to wholeheartedly participate in this process by offering spirited, intellectual defenses of Israel, rather than labeling criticism as “anti-Semitism” and demanding it be silenced.

The State Department’s definition of anti-Semitism includes “Drawing comparisons of contemporary Israeli policy to that of the Nazis” and “Denying the Jewish people their right to self-determination, and denying Israel the right to exist.” No matter how vehemently some people, myself included, might disagree with these propositions, comparing Israel to Nazi Germany and denying Israel’s right to exist fall well within the realm of free expression protected by the First Amendment. Criticism of certain aspects of Jewish worship or theology, just as one might criticize Islam, Christianity, Buddhism or any other major religion, also falls within this category.

The State Department’s definition of anti-Semitism also includes “Multilateral organizations focusing on Israel only for peace or human rights investigations.” If groups such as Students for Justice in Palestine are forced to amend their mission statements to oppose every single other government in the world guilty of human rights violations, then these groups are effectively being silenced.

Furthermore, it is hypocritical for the State Department to claim that “Accusing Jewish citizens of being more loyal to Israel … than to the interest of their own nations” is anti-Semitic when they themselves make a similar claim by equating the State of Israel with Judaism. Although most Jews in America tend to be supportive of Israel, there are plenty of Jews, including rabbis, who oppose Zionism for various reasons. What right do the UC regents have to tell these Jews that they can define their Jewish identity for them?

The inclusion of the “Three Ds” into the UC Statement of Principles Against Intolerance would not, in and of itself, stifle free speech. It would, however, set a dangerous precedent that could eventually lead to anyone critical of Israel being unfairly dismissed offhand as an anti-Semite. This is an unnecessary risk we should not take.

This has been a difficult issue for me to take a stand on, as I myself am a member of the Jewish community, but as someone who has constantly spoken out against threats to free expression on our campus, I would be a hypocrite if I stayed silent here. I oppose a broad definition of anti-Semitism for the same reason that I have opposed “trigger warnings” since they were introduced two years ago. (Ironically enough, trigger warnings were introduced by some of the same left-wing students who are the most critical of Israel, and now face the possibility of being told that their views “trigger” Jewish students.) Campus should be a free space, not a “safe space.”

For too long, groups on our campus have engaged in identity politicking and demanded special treatment based on minority status. Jewish students should resist the temptation to jump on this bandwagon. Instead, we should set a bold example for other minority groups to follow by refusing offers of preferential treatment.

In fact, insofar as I do feel some pull toward identity politics, I feel that my Jewish identity gives me a unique obligation to advocate for civil liberties. Documents such as the Bill of Rights exist not to protect the majority, but to protect unpopular minorities. Many times throughout history, the most unpopular minority around has been the Jews. If the Jewish community at large is unwilling to advocate for civil liberties for all people, even our critics, then perhaps we have not learned the right lessons from our own history.