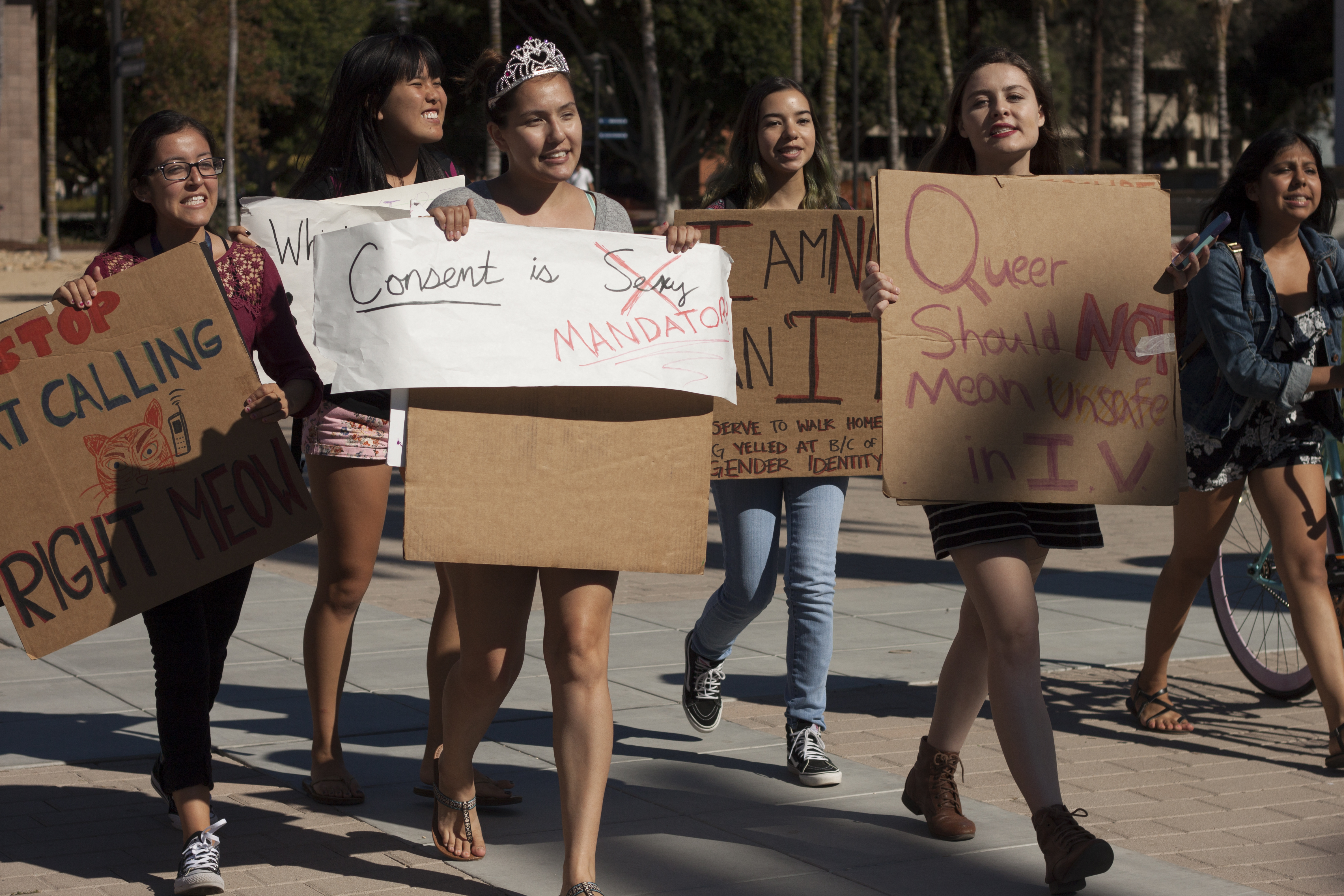 A group of students from Take Back the Night (TBTN) marched through campus on Thurs. Oct. 29 to end harassment and catcalling in IV. Students were encouraged to wear Halloween costumes to the march to convey the message that sexualized costumes do not equal consent.

“We do an annual Halloween rally every year to protest against street harassment and rape culture in IV,” fourth year global studies and feminist studies double major and TBTN Co-Chair Ashley Morgan said. “It gets pretty hectic during the holidays; there’s a lot of grabbing and sexual comments that are very much unwelcome. We just want to make sure that people understand that’s not a joke, it’s not a compliment — it’s violence.”

The demonstration began at 11 AM at Harold Frank Hall, and students marched to the front of the UCen. Several groups of people touring campus looked on as participants chanted “Hey-Ho, Hey-Ho, Catcalling has got to go,” “Whistles are for dogs, not for women,” “However we dress, wherever we go, yes means yes, no means no,” among other statements.

“We’re having a safe space this Friday and Saturday from 10 PM to 2 AM in the Pardall Center,” Morgan said. “ We’re going to have…advocates there as well as CAPS counselors for anyone; it’s specifically for sexual assault, but it’s also for anyone that’s feeling unsafe or triggered.”

TBTN is one of the many student organizations that have been preparing for this upcoming Halloween weekend.

“[TBTN has] been doing a week of advocacy,” Morgan said. “We’ve been doing little events at the arbor like Chalk your Love for Survivors. We’ve done a consent photo booth…but mostly we’ve been advertising the [upcoming] safe space.”

The first floor of the Pardall Center will serve as the “chill out safe space,” while the second floor will function as a “crisis safe space” for anyone who might need a place to talk about their experiences, according to the Associated Students Halloween website.