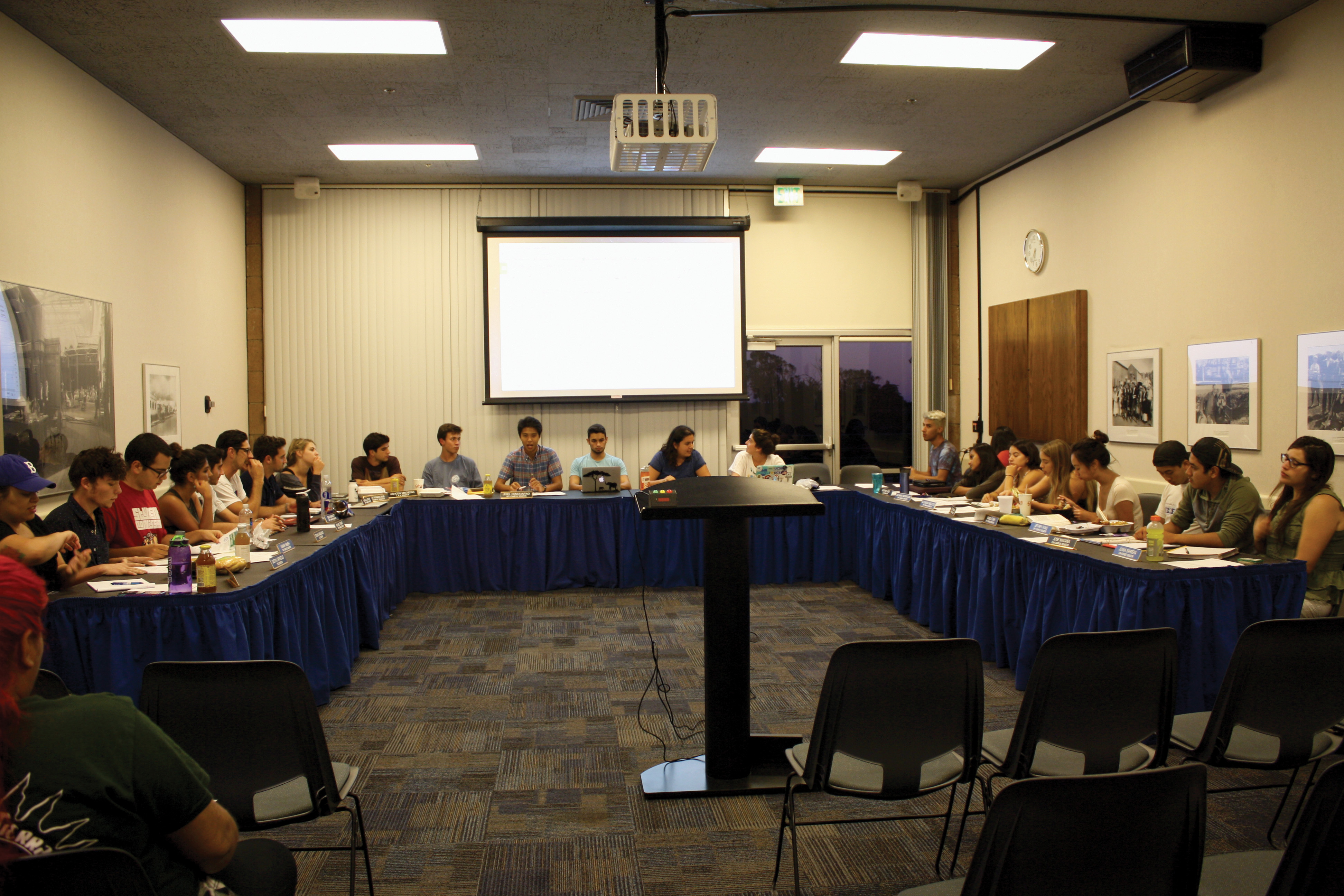 Associated Students President Jimmy Villarreal vetoed A Bill to Establish AS Student Councils and A Bill to Redefine the AS STARK Fund on Oct. 23, following a 21-0 hand vote in favor of passing both bills by AS Senate at the Oct. 21 meeting.

The first bill, revised on Oct. 14 by author and College of Creative Studies Senator Dustin Larrazolo, would create a clearer path for students in CCS and the College of Engineering to connect with AS and the administration, and potentially showcase the research and work that students in both colleges produce. Given that the majority of undergraduate students at UCSB are members of the College of Letters and Science, an overwhelming number of them are represented in student government on campus.

With this bill, the two smaller colleges on campus would have student councils that could grant AS funds for independent research projects to all students on campus, regardless of major, and provided that they attend and participate in one of the student council meetings.

When A Bill to Establish AS Student Councils was first introduced at Senate on Oct. 7, it met opposition from former Off-Campus Senator Brandon Lee. Lee, who attended the meeting with the intention of giving a report as co-commissioner of the Commission on Disability Equality, said, “In so doing, we would also have to stipulate which, if I read it correctly, and I’m sorry if I didn’t, an enormous financial amount per group that would arbitrarily be created. I think that could potentially set some sort of precedence to trigger an ulterior motive.”

The other vetoed bill, A Bill to Redefine the AS STARK Fund, was also introduced by Larrazolo at the Oct. 7 Senate meeting. The AS Science, Technology, Aerospace, Research and Kapital (STARK) Fund was established in 2013 by former Internal Vice President — then Off-Campus Senator — Angela Lau, with the intention of providing resources for STEM students at UCSB who are historically underrepresented in AS. In her bill, Lau outlined that no more than $10,000 would be allocated to the fund.

Larrazolo’s redefinition of the fund specifically redirects it to the student councils stipulated in his first bill, along with Senate Finance and Business Committee, to grant to students. According to his bill, many students currently active in research are unaware of the fund’s existence, and to date, no students have received funding directly from the STARK Fund. Four thousand dollars will be awarded to the CCS and CoE student councils each, and $2,000 will be given to Senate Finance and Business Committee for all, to allocate as they see fit.

In an email statement released on Oct. 26, Villarreal gave his reasons for vetoing the two bills.

“I’ve had conversations with these bills’ author before and after their passage and we’ve had several productive conversations regarding how to implement the creation of and funding Student Councils within the Association, including sources of funding, oversight of the Councils, use of AS Staff, etc.,” Villarreal wrote. “While the author seems to be clear about the need for other changes, and promises to produce these in future legislation, they were not included the bills that were passed. Therefore, I can only act based on the legislation that was passed.”

Villarreal also stated his difference in interpreting legal code, whereas it requires for a senator to serve as liaison to the numerous councils and associations under student government, including Greek and residential hall life. While it is required that a senator serve on a CCS/CoE student council, as outlined in legal code and Larrazolo’s bill, legal code states that it is not up to AS to create these councils.

The bill redefining the AS Stark Fund was also vetoed on the basis that it takes power away from the Senate and its Finance and Business Committee by allowing student councils to grant funds as they see fit.

“The UC Regental policies ensure that student governments, as a whole, are responsible for representing student-initiated programs for their own interest/intent for the student body,” Villarreal wrote. “These bills by contrast, seek to support a research agenda for individual students. Fees, on this campus, have never been used in this way before — and in boards like AS Coastal Fund (which was originally Shoreline Preservation Fund) — the measure or question of using fees for INDIVIDUAL research projects was FIRST posed to the entire student body about funding this kind of function before a structure was created. This ensures that the association is actually asking the entire student body about a substantial change — rather than presuming to know.”

As of press time, it is unclear if the bills will be presented with amendments at an upcoming Senate meeting.