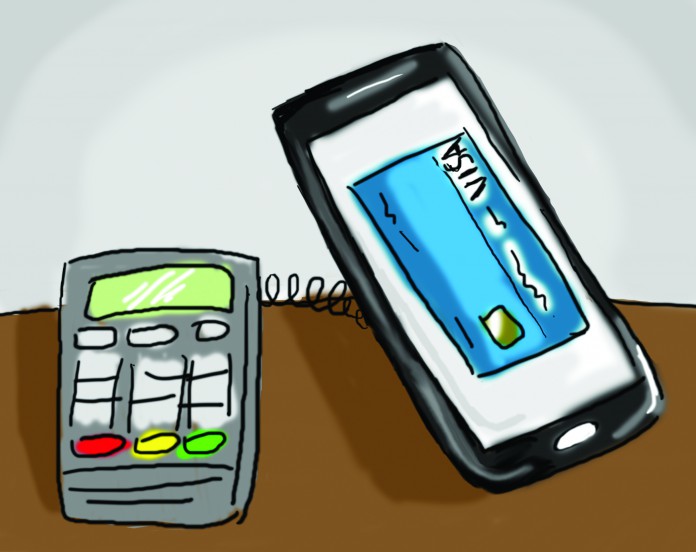 Samsung may be late to the mobile wallet party, but it sure made a head-turning entrance.

Samsung’s new Samsung Pay was recently launched in the United States on Monday, September 28. With the same concept of Apple Pay and Android Pay, Samsung Pay claims to be superior to its competitors.

Samsung Pay was first released in South Korea in August, where the response was very positive. In fact, Samsung noted over $30 million worth of transactions took place in its first month.

So why does it claim to be better? It is compatible with most registers that accept credit card, differentiating it from Apple and Android Pay. Apple and Android Pay rely on Near Field Communication (NFC), which allows electronic devices to communicate with each other through radio signals when near each other. This requires most registers to have an additional device capable of NFC.

In addition to NFC, Samsung Pay utilizes Magnetic Secure Transmission. In this case, the app emulates the magnetic strip found on a physical credit card. Users can pay by placing the phone next to the credit card reader. This technology was developed by LoopPay, which was then acquired by Samsung.

Another aspect of Samsung Pay is that users do not actually pay with their credit card. Similar to Apple Pay, Samsung Pay assigns a unique code, kind of like a surrogate credit card, to users for each transaction. Users can also scan their fingerprint to confirm their identity. No actual credit card information is stored on the phone, ensuring that customers can have a secure and safe transaction.

Even though Apple Pay and Android Pay are accepted in over 1 million stores nationwide, Samsung Pay is accepted at a sweeping 85% of all stores in the nation.

Although Samsung has the biggest number of accepted retailers, only a limited amount of customers can utilize Samsung Pay and receive the full experience. One drawback is that this app is only available in select Samsung phones: the Galaxy S6, S6 Edge+, and Note 5 devices.

Because it is only compatible with AT&T, Sprint, T-Mobile, and U.S. Cellular’s networks, those with Verizon phones will not be able to experience this new bundle of joy. Comparatively, although Apple and Android Pay are limited in the number of stores that can accept them, they are currently supported by all phone carrier companies.

Samsung accepts only major credit card companies such as Visa, MasterCard, American Express, Citi, U.S. Bank, and Bank of America. Android Pay accepts a few other companies not included in Samsung Pay, while Apple Pay has the broadest range of compatible credit cards.

Samsung is already planning more enhancements to the app. They are working on a way to allow users to add coupons and discounts directly to their Samsung Pay account. In addition, Samsung Pay intends to add loyalty rewards.

So far, Samsung Pay has only been released in South Korea and America. Other countries like the United Kingdom, China, and Spain can expect to see Samsung Pay in the near future.

The transition away from physical wallets to virtual ones for sure means one thing: smaller wallets to accommodate bigger phones.