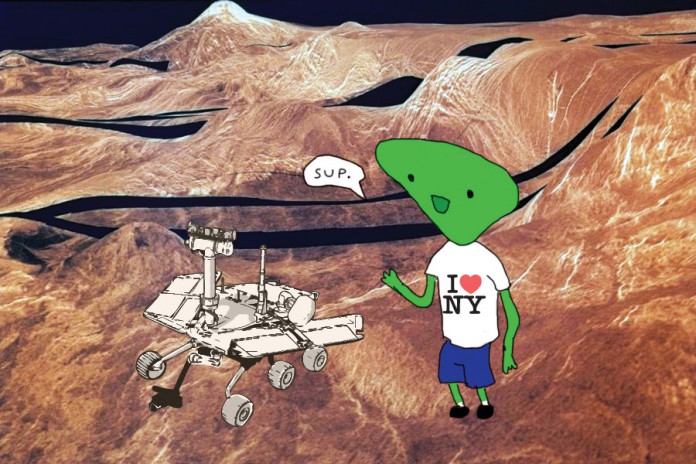 NASA has recently released an outline of their plan to send humans to Mars by the 2030s in a report titled “Journey to Mars: Pioneering Next Steps in Space Exploration.” The announcement comes on the heels of the recent discovery of water on Mars, and it will involve a three-pronged approach with the goal of “Earth Independence”, or to provide the means for humans to permanently live on Mars.

Scientists are primarily interested in studying Mars given that it is the next “tangible frontier” for space exploration. Robotic scouts on Mars have already revealed a number of features that indicate that Mars once had conditions suitable for life similar to Earth, like the existence of water and the fact that it has comparable climate cycles and geological evolution. Thus, further study of Mars can provide incredible insight into our own planet, according to the NASA report.

The first major phase of the Mars project, Earth Reliant, will focus on performing research on the International Space Station (ISS) to test technologies to enable deep space exploration and examine the effects of living in space for long periods of time. Some of the specifics scientists are looking into are advanced communication systems, maintaining human health in space and developing life support systems. In short, this phase seeks to ensure that humans can live independently off-planet. For example, NASA recently sent a group of recruits to live inside a dome near a volcano in Hawaii for a year to mimic conditions on Mars, according to BBC.

In the second phase, Proving Ground, NASA will begin conducting complex operations in a deep space environment. These proving ground activities will be tested in cislunar space, the area of space around the moon, to mimic future operations that will take place in the area of space around Mars. Proving Ground will involve developing technology in three primary areas: transportation, working in space and staying healthy. Transportation includes propulsion, navigation and the ability to transport large cargo. Working in space involves effectively performing complex operations and utilizing resources in deep space conditions. Staying Healthy focuses on providing advanced life-support systems and maintaining crew health.

The final phase is Earth Independent, which will build upon the previous two phases and enable human missions in the Mars vicinity, including Martian moons and the surface of the planet itself, with the goal of making human inhabitation independent. This would entail life-support systems with the ability to support life for years with minimal maintenance, the ability to harvest Martian resources for fuel, water, oxygen and building materials, as well as advanced communication systems to relay data with a 20-minute delay, the report specifies.

Indeed, the NASA report stresses that there will be many challenges to tackle, and thus adjustments must be made along the way. There are two major challenges they stress. The first is the logistical and supply chain problem which requires being self-reliant. NASA will have to find new ways to operate in space without being dependent on receiving supplies from Earth, through measures like recycling and the ability to design, build and repair systems by developing common components. The second challenge is the fact that becoming independent from Earth will take decades and many events can impact the process along the way. To that end, NASA’s plan must be flexible and resilient in order to be in a better position when uncertainties do occur.

Despite these challenges, the goal to land humans on Mars is an incredible undertaking and an even more groundbreaking achievement. As the report concludes, “NASA’s current investments in exploration capabilities and the decisions being made today are crucial to achieving our common goal: extending human presence into the solar system and to the surface of Mars.”

To learn more about NASA’s mission to Mars, visit http://www.nasa.gov/topics/journeytomars/index.html