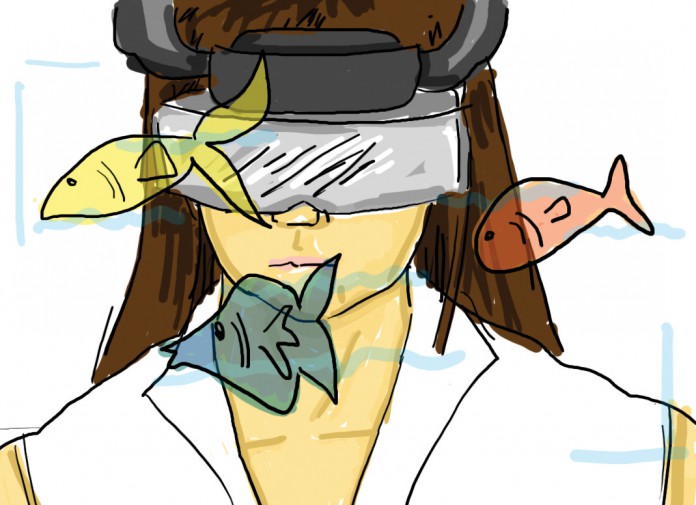 Soon, these could be a part of your reality.

Researchers at Microsoft are working on a multi-person mixed reality system. At the forefront of the research is Jaron Lanier, who has been working on virtual and augmented realities since the 1980s.

There are many different types of computer generated realities, but the two main focuses of Lanier’s research are virtual and augmented reality. Most people are familiar with virtual reality, which is an interactable computer generated environment where the person is completely immersed in a stimulation.

Augmented reality combines virtual reality and real life. Users get an equally immersive experience and can interact with virtual objects, but are able to distinguish between virtual components and reality. Augmented reality is sometimes known as mixed reality.

Virtual reality simulators are slowly being introduced to the market. One popular item is the Oculus Rift, which was designed specifically for gaming. The Oculus Rift allows players to be totally immersed in the virtual game world simply by wearing a head-mounted display and built in spatial headphones to give a full experience.

Even though unprecedented progress has been made in recent years, researchers want to take virtual reality a step further. They want multiple users to be able to interact within the same virtual world, also known as mixed reality. This is the main goal in Lanier’s latest project named Comradre.

Comradre uses headsets called Reality Mashers to immerse users in an augmented reality. The headset contains external sensors that monitors the user’s own head movement. At the same time, the Reality Masher headset tracks the movements of the other user. The result is to hopefully allow all users involved to interact with the same virtual objects or phenomena.

One of the biggest challenges of multi-person virtual reality, according to researchers, is the limitation of the technology used to track other users. The technology has to be able to track every user’s movements in the augmented reality, but so far the technology is not quite advanced enough.