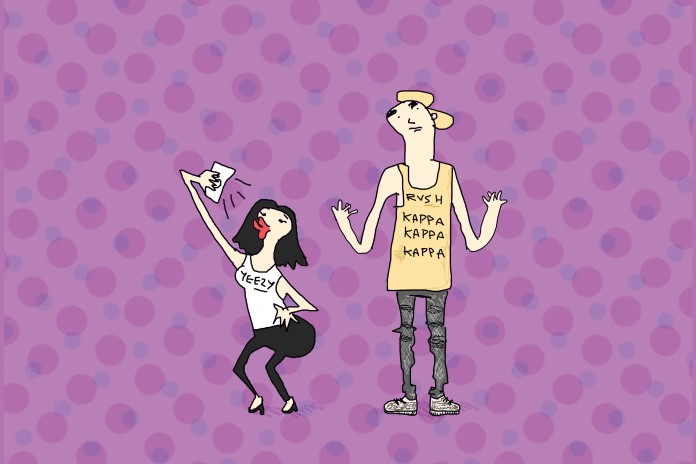 Between the sexual hazing incidents at Indiana University and the tasteless Kanye Western party at UCLA last week, Greek life has sunk to a new low. Universities are now facing a dilemma: should Greek life remain rooted in tradition or should they uproot these antiquated practices in favor of more modern ones? This piece is by no means a defense of some of Greek life’s despicable practices (or anyone’s for that matter); it does, however, intend to defend the privacy of these organizations, despite their past indiscretions.

Critics of Greek life frequent the argument that these organizations request campus funding and thus feel that they should be informed on what the organizations are doing, and rightly so. Events that utilize university funding are held to the same standard as their counterparts and are required to detail their actions to Associated Students at UCSB.

We don’t subject our students to any excessive scrutiny of their private affairs, so there is no reason to force our student organizations to abide by elevated standards — especially when those events involve the university’s money. Apply this logic to your average student receiving financial aid or an athletic scholarship who also requests money from the school. It is acceptable for the university to check up on what it funds, but by no means do we find it permissible to police actions outside of class. In the same vein, fraternities and sororities shouldn’t have to uphold standards to which we wouldn’t subject every student.

When it comes to the activities of fraternities and sororities, unaffiliated students generally remain uninformed. This is deliberate, and we shouldn’t force this to change. There is no denying that we should have the right to privacy. The Patriot Act demonstrated to each of us how it feels to have our privacy stripped from us. Everyone deserves privacy, not just people we deem innocent or even decent.

But the same people who were infuriated by the Patriot Act infringing upon their rights seem to have forgotten what their privacy means to them. They line up to condemn the secretive nature of Greek life, when only a few months ago they were desperately fighting for their own privacy, when the Patriot Act was in the process of being amended. In their eyes, it’s only logical that Greek life remains exempt from what we would consider a natural right. But actions in the past, no matter how depraved, never warrant discriminatory policing.

Furthermore, even if we did decide that Greek life deserves to be put on watch, transparency wouldn’t alter their traditions. It would only increase elusiveness and, in turn, hazard. While every formal gathering they host would be by-the-book, informal events would be more dangerous than ever. Instead of conducting their rituals in sanctioned fraternity housing, they would continue the same archaic practices in the privacy of their own homes. This could be more dangerous than the status quo, as students would then engage in these rituals in places that have no affiliation with their organization and aren’t under as much scrutiny. This would mean that the organization may not be held liable for the actions of its members.

In its current form, Greek life does pose some problems for the university as well as the student body as a whole, but to threaten their rights and livelihood is unfair. It doesn’t make sense to single out an individual organization and deny them their rights when there are various clubs that participate in the same debauchery. We definitely shouldn’t condone the negative actions of any organization, but to flatly discriminate and persecute Greek life is completely outrageous and should be avoided at all costs.