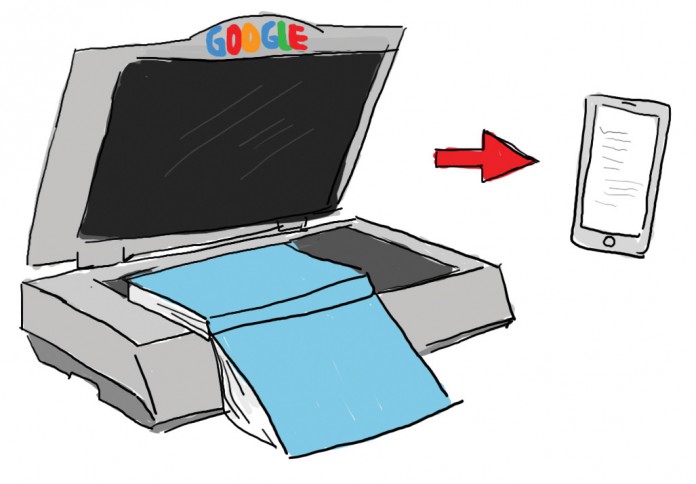 The demand for everything electronic has finally broken into the realm of literature. Google has set out with the goal to purchase 130 million books and immortalize them on the Internet forever in a Spotify-like database. Instead of having to wait the two days for the Prime delivery, you will soon be able to search I, Robot and Isaac Asimov’s novel will appear ready to be read. But I’m not on board, and I don’t like the blind submission we have adapted to everything electronic. It’s too helpless, too lazy and too scary.

Sure, an online database will make books more accessible to people who have become screen-obsessed. It will probably encourage scores of people, who typically refuse to read, to actually read a few pages without having to deal with the hassle of turning the pages of an actual book. It will probably alleviate a lot of textbook-buying depression, because if students can get a textbook online for a free 90-day-trial instead of having to sell an arm and a leg to buy a physical one, then they’d be okay with that.

It will also probably make research faster and more complex due to the lifesaving command+f function: researchers and students won’t have to scour hundreds of pages to find that one quote that talked about ‘Robot SPD-13.’ Now you can just command+f that sucker and find every instance that SPD-13 is mentioned in the book. With that said, I still don’t know if this ‘Google Read’ idea is something I can endorse.

A book’s physicality is irreplaceable. Going into an actual bookstore and holding a tangible book is so much better than any electronic replica. The smell of the words, the colors of the pages and the sizes of the books all have the same amount of personality as the authors who conceived them, and all of these things deserve your full attention. Not to mention people are more easily distracted when looking at an electronic screen, even on a Kindle. Having a book on your computer or tablet next to a Chrome window with four different tabs open, a dinging Messages window and iTunes lulling in the background is a lot less attention-demanding than having the entire story, by itself, in your hands.

Not only is reading a physical book a more romantic love story, it’s also a lot less complicated one. Like musical artists, authors are not too keen on Google buying their books, due to arguments of severe copyright infringement and a decrease in profit. If Hemingway were still alive, I bet he’d make a Swift move and refuse any of his books to be put on an online service (this is of course disregarding the fact that once authors die their work becomes public domain). But thousands of authors will now eventually be bought out and receive $0.001 per read, which is a downgrade from the already dismal salary most literary artists make.

Google Books has a lot of positives that it could contribute to the literary world, but I don’t know if it will be able to live up to this job. An electronic version of To Kill a Mockingbird is never going to be a sufficient substitute to the tangible counterpart, but I’m afraid many people will use it as just that. As a consequence, the aura of book reading might soon disappear. Soon, I may meet a child who has never held a physical book before. Call me old-fashioned, but while everyone is reading their e-version of whichever great classic, I’ll still be flipping through the familiar pages of I, Robot.