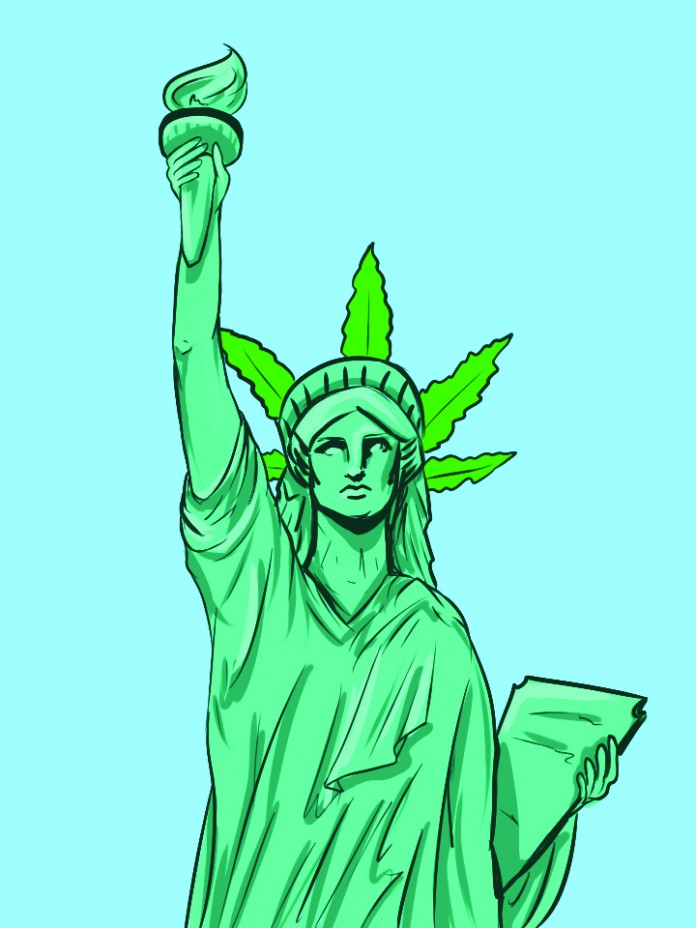 Recently, the state of Oregon took the step of expunging past marijuana citations from its citizens’ records. This is another positive move on the part of the state, since it ended the senseless criminalization of a relatively harmless drug. However, this does not mean that activists should claim victory. The War on Drugs is still raging on and men and women are still being thrown into jail for nonviolent drug crimes.

Though the decriminalization of harder drugs such as cocaine and heroin will probably require years of further effort by dedicated activists, it must happen in order to end a national embarrassment guised as a war.

It has taken decades of effort by drug activists for marijuana to be legalized for recreational use in only a handful of states. This does not bode well for drug decriminalization advocates, as it will be much more difficult to convince voters to legalize drugs with more harmful effects. Many Americans are afraid of drug decriminalization because they feel that drugs are harmful and therefore should be illegal. However, that simplistic assumption has led to disastrous consequences.

Advocating for the end of the War on Drugs does not equal advocating for the regular use of heroin. Obviously, drug addiction is harmful to both society and the individual user. However, punishing a person for the use of drugs is both senseless and counterproductive. To reduce drug addiction, the government should be putting more focus toward rehabilitation and less toward incarceration.

Addiction is a disease, not a moral defect. We should help drug addicts overcome their troubles and contribute to their communities, not imprison them so politicians can look “tough on crime.” Due to our belief in punishing drug users, we have the world’s most crowded prison system. According to the ACLU, America contains both 5 percent of the world’s population and 25 percent of the world’s prison population. About a quarter of those prisoners are serving time for drug offenses. Instead of becoming productive members of society, they became criminals with no chance of legitimate employment upon release. They are essentially trapped in a cycle of poverty, which hurts not only the addict but also the people surrounding them.

Due to racial profiling, a disproportionate amount of Blacks and Hispanics are convicted of drug violations. Mass incarceration has led to devastation in minority neighborhoods, with author Michelle Alexander deeming it “the New Jim Crow.” American policymakers, instead of directly combatting the problem, have spent billions on a futile effort, one that accomplishes nothing but the destruction of families and communities.

The actions of the state of Oregon show hope for the future, but not the end of the story. America’s immorality on drug policy does not end with marijuana. Though drugs like heroin and cocaine are unquestionably more dangerous than marijuana, they need to be decriminalized in order to bring our costly, racist policy of mass incarceration to a finish.

Once the American people take a look at the facts and realize the tragedy of America’s drug policy, things will change for the better. Real change cannot take place in a single election cycle and injustices do not vanish after a petition is signed. Just like the Civil Rights movement, it might take decades of hard work for the War on Drugs to finally end. Recent moves toward marijuana legalization are just the first steps of a long process. Sooner or later, America’s unjust war will come to an actual end and a sensible drug policy will be the law of the land.