Home Features Saving IV, One Burger at a Time 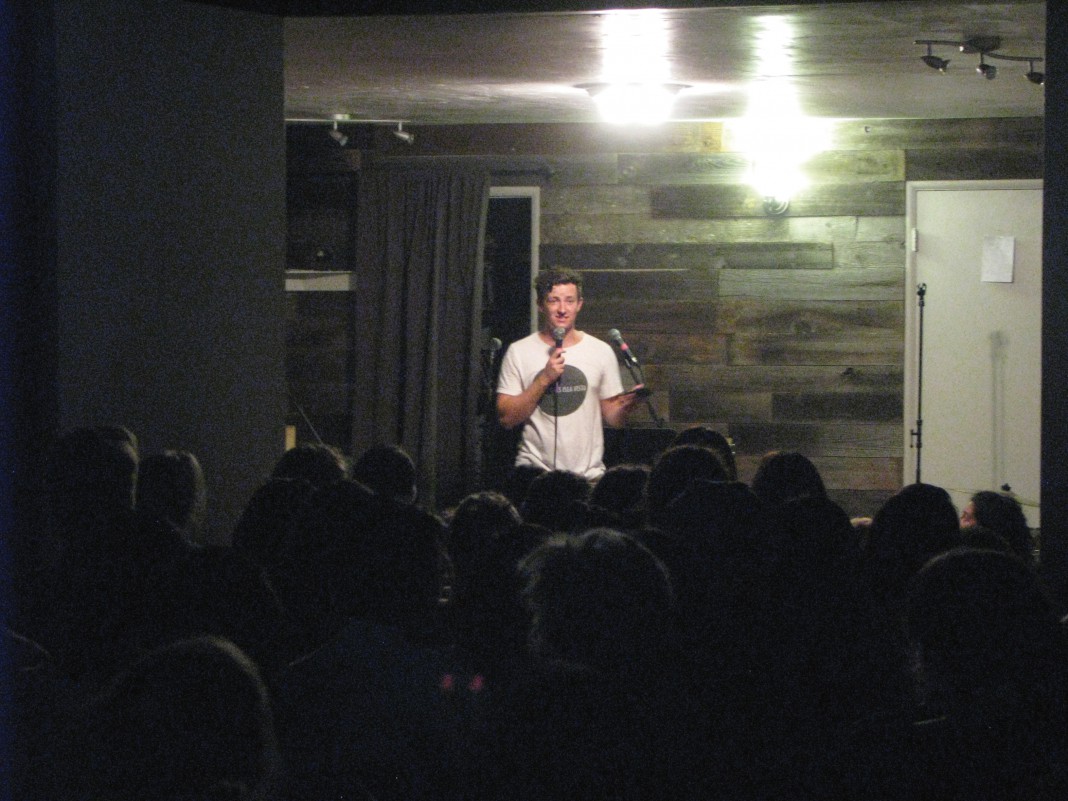 In a small shack behind 6686 Del Playa Drive, University of California, Santa Barbara alumnus Bryce Soltes addresses a crowd of people gathered for the night.

Walking down DP can be a lonely experience. Even though you’re surrounded by people, it’s hard sometimes to feel connected to someone on the street or in parties. But at 6686 DP, the atmosphere is different.

On the front porch, a large fire pit is lit and chairs are stationed around it. A grill near the front starts to sizzle as residents and volunteers start unpacking the buns and ingredients. While they set up, a group of people carry a large sign that reads “Free Blessings” across the street and stand on the sidewalk, offering themselves to speak to any passersby that might wish to do so. The setting is the same every Friday night.

Residents all seem to have a passion for what they do every weekend. No matter who you ask, you always get a big smile and a nostalgic expression.

“It’s amazing,” said Brittany James, a fourth-year biopsychology major. “It’s unlike any other place I have lived before. In house, there’s a huge sense of unity — within each other, between the guys and girls, upstairs and downstairs.”

Jason Lomelino, one of the architects behind this event that traces back nearly 15 years, could be seen walking around and talking to people interested in what was going on.

Lomelino said that the main message he wishes to spread to IV with this event is, “Jesus loves you, just the way you are.”

Out in the street, curious passersby stopped for burgers decorated with ketchup crosses and mustard hearts. People not interested in the event that were just passing by might suddenly hear remarks such as, “God loves you,” or, “You are very pretty.”

People are not afraid to start a conversation. What starts as a simple, “How are you?” can evolve into a 5-minute, 30-minute, or even hour-long talk about your life and accomplishments.

That is one of the best parts of Jesus Burgers. You don’t have to be Christian or considering going to church every Sunday. Anybody with a bit of stress or anxiety can speak their mind, and the reception will be genial and encouraging.

Most conversations ended with the other party asking for permission to pray for me. Although I am not a very religious person, I can’t deny that having strangers take some time out of their night to listen to me and to wish me the best in life felt heart-warming.

“The goal of Jesus Burgers is to be God’s embrace,” UCSB alumnus Scott Martinez said. A bit earlier, he led an impromptu class for anyone interested in healing back in the shed. He, along with several others, stood by the “Free Blessings” sign and doled out prayers and compliments.

While talking with me, he would suddenly look away, excuse himself for a minute, and run to a stranger and compliment them or say how much Jesus loved them.

Martinez emphasized the community aspect of Jesus Burgers, and specified that converting people was far from the objective. In the middle of a conversation about evolution I was involved in, he suddenly arrived and ended it, saying that debates and arguments had no place here.

“[God] is passionate about UCSB as a platform for transforming people into world-changers,” Martinez said. “He loves that about UCSB.”

At the end of the night, a few words, a blessing, and a burger can sometimes go a long way.