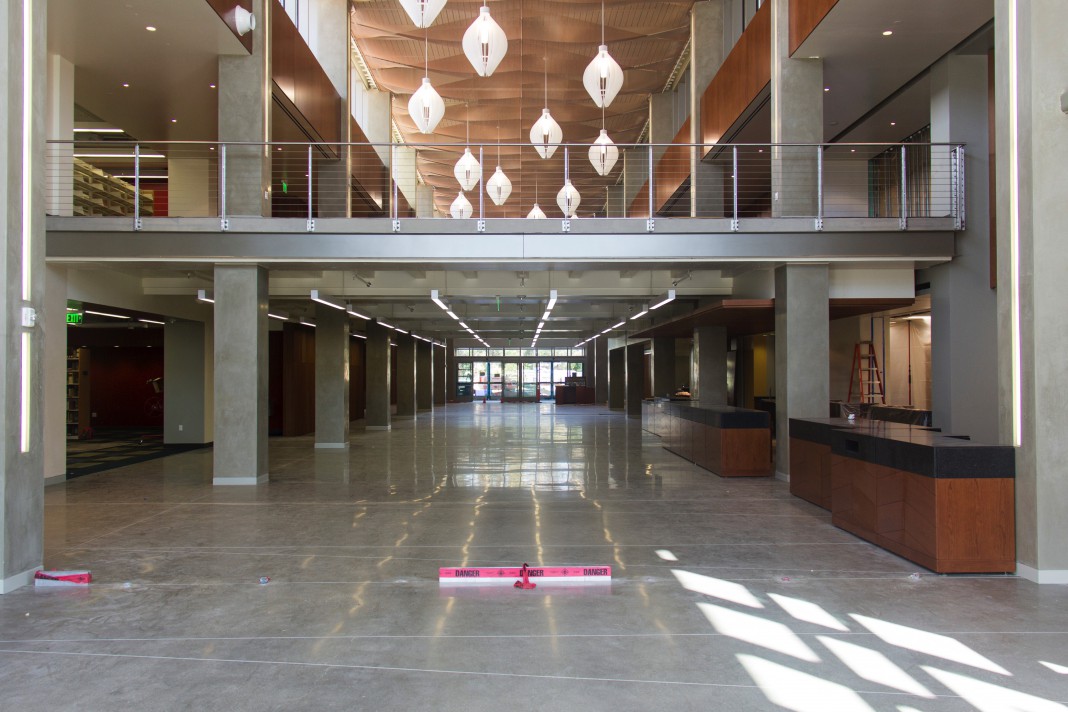 While the University of California, Santa Barbara’s Davidson Library was ahead of its construction schedule and possibly slated to open this fall, the grand opening will be Jan. 4, 2016. Additional construction projects are expected to appear in and around the existing library in the interim.

According to the library’s website, some collections have been shuffled around, and a temporary circulation desk has been created in the main elevator lobby. A preview of what’s to come with the new library can be found on the website, with a promotional video and timeline. The project is expected to add an additional 60,000 square feet to the library, and renovate 90,000 more.

Renovated space in the current library will house the collections that campus has accumulated, while the new three-story building is designed specifically as a study and research space for students and faculty. The Music Library will move to the main library following the special research collections move to the expanded library.

The January 2016 opening will be the new library’s grand opening, while the Fall 2015 opening was rumored to be a soft opening. However, some obstacles kept this from happening.

“For many months, they were ahead of schedule, and so we thought we’d be able to open in mid-fall,” said Rebecca Metzger, Assistant University Librarian for Outreach and Academic Collaboration. “But once it got pushed back with some construction delays, it didn’t make sense for us to open during [study week] and finals week in a time when people really need to concentrate and study, and not have so much transition or disruption.”

Currently, the addition is in its third phase of construction, which includes building the Paseo and renovating two stories of the library, along with external landscaping. New furnishings and technology must be installed before users flood the study space. Library staffers also have to move into and establish new circulation desk services in the new building.

Funding for the new library extension came from a state bond that constituted approximately $80 million intended for the building’s foundation, which was used to strengthen infrastructure that adhered to earthquake code and servicing the addition. The library continues to try to secure additional funding for operational funds.

At the final Associated Students Senate meeting of Spring 2015, Metzger and Director of Development Toni Miller approached AS regarding potential contributions for extra technology and furniture in the new library addition. Their unofficial proposal initially asked Senate to consider funding at least $25,000 in return for a dedicated study room, where senators and executives would receive the privilege of having reservation priority for that study room. However, they have since disregarded the prospect of doing so and AS did not contribute funds to the library construction.

“In the proposal [for funds from the senior class gift], we’ve pitched egg chairs in the Learning Commons,” said Metzger. “That’s one of the things where it’s like, we don’t have the money. We need to be judicious in how we spend our money, so we’re being more practical on the furniture side. But I know some students would love having a few of those.”

Keep reading The Bottom Line for updates regarding the construction of the library.