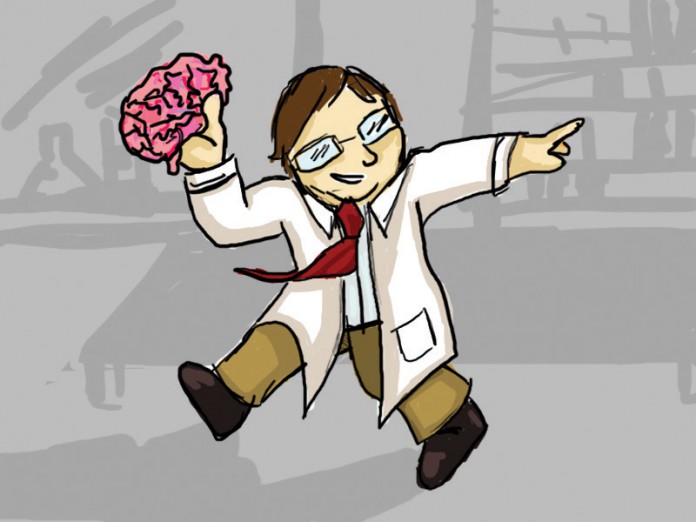 Researchers at Boston University and the Department of Veterans Affairs have found chronic traumatic encephalopathy in 87 out of 91 deceased NFL players after examining them postmortem.

Chronic traumatic encephalopathy, also known as CTE, is a type of degenerative brain disease that can only be diagnosed during an autopsy. Those who are diagnosed with CTE are individuals with a history of repetitive brain trauma. Though previously found in boxers, football players have increasingly been diagnosed with the disease.

Offensive and defensive linemen made up 40% of those who were diagnosed with CTE. This is due to repeated head injury and trauma during collisions while playing on the field, which is the key to CTE.

79% of football players who have participated in any type of football (including professional, college, or high school) were diagnosed with CTE as well.

Scott Grafton, a psychological and brain sciences professor at the University of California, Santa Barbara, notes the severity of brain injury, stating, “If there is repeated mild injury, there is growing evidence that even after the concussions end the neurons in the cortex will begin to die off faster than normal, causing accelerated cognitive decline with aging.”

There is no definitive answer for the minimum number of head injuries needed for CTE to develop. Progressive damage to the brain can lead to emotional and cognitive problems such as memory loss, anxiety, depression, parkinsonism, aggression, and dementia. Symptoms can develop progressively over time.

The NFL has recently been taking steps to raise awareness. They have joined forces with other sponsors to support a campaign known as the Head Health Challenge. According to the Head Health Challenge website, “The NFL has made the health and safety of its players a priority. This commitment extends to football played at all ages, and also benefits other sports… With a continued emphasis on improved equipment, rule changes, and in-game policies, the NFL fosters a culture that promotes health and safety at every level of the game.”

The Head Health Challenge consists of three challenges. The first focuses on the “methods for diagnosis and prognosis of mild traumatic brain injuries.” The other two challenges focus on new methods of identifying and preventing brain injuries, and developing materials to absorb the energy from violent collisions.

The NFL stated in their 2015 Health and Safety Report that concussions have gone down 35% in the last two years. In the report, NFL Commissioner Roger Goodell states, “We have seen a decline in concussions in our games, and hits to defenseless players are down as well. We have made nearly 40 rule changes in the past decade to promote player safety. Football has never been safer than it is right now.”

The CTE researchers admit that the process had some limitations. It is difficult to diagnose CTE in living patients although there is plenty of physical evidence of brain damage. Many of the brains donated for the project were of football players who were suspected of having CTE while alive. As a result, the researchers are aware that the sample may be a little biased.