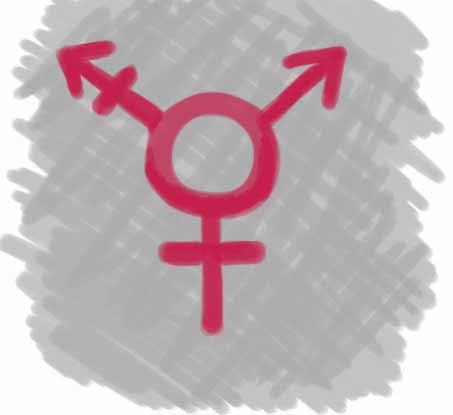 Bruce Jenner, the reality TV personality and former Olympic champion, came out as a transgender woman, revealing that he was born with the “soul of a female” in a recent interview with Diane Sawyer. This public spectacle has elicited a variety of responses.

Since childhood, Jenner has grappled with his gender identity, believing he was living a lie. He adamantly stated that he is not “trapped inside someone’s body”—he is simply the same person, now free of inhibition. He went on to explain that his entire masculine venture as the “world’s greatest athlete” was an attempt to bury and run away from who he feared he truly was. He continually strived to prove his masculinity to himself. However, “she” was there the whole time.

Jenner’s status as a celebrity increases the visibility and opens up discussion for transgender issues by bringing them into the mainstream—for better or worse.

Mainstream media has portrayed Jenner coming out as a transgender woman to be a laughing matter. When paparazzi leaked Jenner’s tracheal shave appointment, they made a mockery of an extremely difficult life choice, reducing a painful and personal experience down to mere entertainment. In the Sawyer interview, a media clip was shown of a civilian recording Jenner after his appointment, making a snide comment and catcalling to him. Sawyer also called attention to the speculation that this was simply a “stunt” to promote the Kardashian brand. The accusation astonished and offended Jenner. This constant insensitivity reveals how the media is engaging in hurtful coverage regarding Jenner’s struggle. Bad coverage passes off this serious issue as a joke and allows for the public to think of similar matters in the same way.

Identifying as transgender is a significant, life-changing process that takes times and is directly intertwined with how those you care about will react to it. It was not the fear of coming out as a transgender woman that caused Jenner such hesitation; it was the fear of what his loved ones would think—whether he would disappoint them or if they would even accept him. With the media dissecting every little detail of his life, they made it seem as if being transgender was a problem that needed to be fixed rather than something one is born with. Instead of taking this approach, the media should be portraying the news in an open manner and look for different perspectives beyond the typical one-on-one Q&A—perspectives that are behind the scenes of discrimination.

As students, we can counter these negatives effects and perceptions by taking the transgender community seriously and realize that there are 700,000 more individuals out there in the U.S. who are facing the same loneliness and ridicule and are in need of our support and understanding. Gender identity is not something you can “overcome, fix, or pray away,” as Jenner said in his interview with Sawyer. Being transgender is not something that needs to be handled, nor is it a phase or a state of being. People must find it within themselves to reach beyond what the media portrays and challenge their way of thinking.

Jenner’s courageous leap has hopefully shown others that it’s never too late to be your authentic self freely and unapologetically. He brings up the inner turmoil and pain that he felt over thoughts of suicide, but he went on to say that he “wanted to know how the story will end,” which sends hope to many and gives them the option to want the same thing too. There is another way.

Although Jenner coming out will help those who have yet to understand themselves, his courage will not endure the shallow media hype after America becomes blindly transfixed with a different “scandal.”

Whether people truly support the cause or are simply following the hype, as Jenner said in his interview with Sawyer, “For all intents and purposes, I am a woman,” and we should do well to respect his wishes by accepting him for who he truly is.