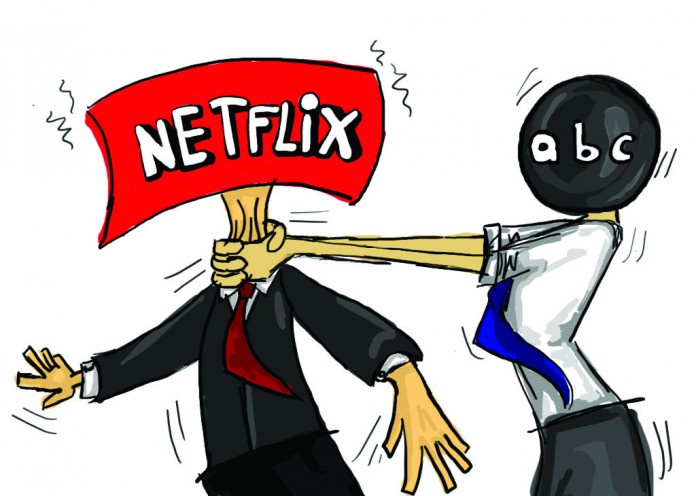 ESPN is suing Verizon due to a potential breach of contract violation on Verizon’s end due to their new customizable Verizon FiOS TV cable subscription service.

Verizon recently began rolling out a customizable cable service in which subscribers pay a lower amount for a basic channel cable subscription, with the option to add more channels in the form of channel packs that are separated by category, such as entertainment channels, kids channels, and sports channels (the subject of ESPN’s lawsuit).

Many of the details of the lawsuit are confidential, but the gist of it is this: ESPN is arguing that Verizon is breaking their contract with ESPN by not having the ESPN channel come standard with Verizon’s most basic cable service. As it stands now, this new Verizon plan requires subscribers to add the Sports Channel pack in order to receive ESPN, which supposedly goes against ESPN’s contract with Verizon that requires ESPN to be in the basic cable subscriptions.

It is no secret that cable companies have been scrambling for a new way of adapting to the changing media landscape. Ever since “cord-cutting” became a thing, cable subscriptions have gone down, with many favoring cheaper Internet streaming services such as Netflix or Hulu, instead of full-blown cable subscriptions. In fact, ESPN is actually available for streaming through a service called Sling TV, which gives subscribers live streaming access to channels such as ESPN, AMC, Cartoon Network, and more, all for $20 per month.

Verizon’s solution effectively aims to bridge the easibility of cable with the customization that streaming services offer. In theory, the idea sounds much better than the traditional cable subscriptions where subscribers pay a fixed amount for a fixed selection of channels. Verizon’s customizeable cable service is certainly the next step forward, giving subscribers more free reign over the types of channels they are willing to pay for. However, in order to do that, Verizon needs the support of content providers, and this lawsuit may signify that ESPN may not be willing to play ball unless Verizon makes some contractual changes.

In spite of this lawsuit, however, ESPN is still on the Sports Channel category for Verizon’s new service. This may suggest that ESPN is not necessarily opposed to the idea of Verizon’s service, but instead simply opposed to the legality of their current contract. ESPN is clearly open to new models of distribution, as is evidenced by their participation in the Sling TV service.

How effective this new method of cable subscription ends up working out, though, remains to be seen. Users still might pay for channels they don’t want due to the bundled nature of the channel add-ons. Not to mention the fact that just the basic Verizon FiOS TV service without any additional channel packs still costs around $55 per month, a huge increase from even Sling TV’s $20 per month. While Verizon may just be testing the waters with this new service, it seems like cable companies need to provide even more customization, potentially down to the exact channel, along with cheaper prices if they want to compete with cord-cutting in the long run.