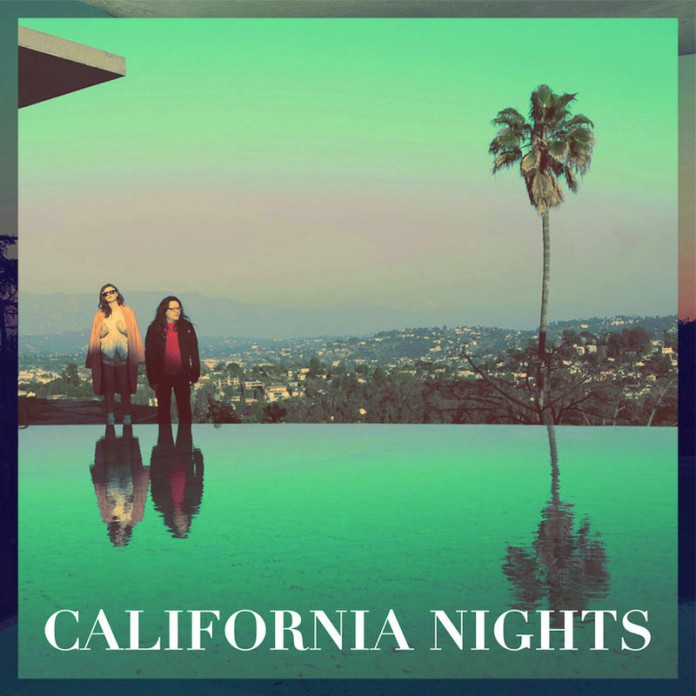 The beachy surf-pop duo Best Coast finally released their long awaited album California Nights on Monday, May 4. The highly anticipated record features 12 fresh tracks, making it their most lengthy album since Crazy For You in 2010.

However, unlike many of Best Coast’s past albums, California Nights follows a more positive theme. In fact, it appears front woman Bethany Cosentino has used this album to acknowledge some of her problems and face them head on.

The album kicks off with the perfect opening track “Feeling Okay,” which starts off with the catchy pick of electric guitar. But it’s not only the happy sound that makes this album different. The track also features lyrics that show an optimistic mindset, especially when Cosentino says, “I know it’s love that’s got me feeling okay.”

The album then transitions into “Fine Without You,” a song that emphasizes self-acceptance and empowerment. This song is where the thematic change really shows, especially in comparison to 2013’s dispirited Fade Away.

Despite the different side of this dynamic duo, the cannabis queen shows her true colors in the single “California Nights,” when she says, “I stay high all the time, just to get by.” The tribute to the golden state serves as an appreciation piece to their native state, which makes them “feel so happy I could die.”

Classic Bethany really makes an appearance in the album’s closing song, “Wasted Time.” This particular track matches the melancholic tone of Best Coast’s past records as it discusses all of life’s unproductive moments and a lack of accomplishments.

Since the release of their first songs in 2009, Best Coast has followed a pretty consistent pattern: songs about getting high, heartbreak, and beach bumming, followed by similar sounding guitar riffs all around. However, it appears the California duo have given Best Coast a makeover both instrumentally and thematically.

This new album mixes up their signature sound quite a bit, making for a distinct Best Coast listening experience. The track “Fading Fast” starts off sounding like it might take a country twist, but later trickles out into more familiar territory. “Run Through My Head” also catches a lot of attention with its slow-to-fast-paced electronic introduction, which later turns out to follow a more mellow beat.

From the softer acoustic sounds of The Only Place in 2012, the gloomy lyrics of Crazy For You in 2010, and even the rough quality of their first EP Something In The Way (2010), these modern day Beach Boys have definitely created a unique type of music. Even from their last short album Fade Away in 2013, Best Coast has managed to create a different persona and produce new music that is even more original and raw than before.

Despite all of the changes, the essence of the band is still fairly evident. Each song, naturally, makes you want drag all of your friends to the beach to rock out and move around. With summer just around the corner, the perfect album has been released for everyone to go out and enjoy the warm California Nights.