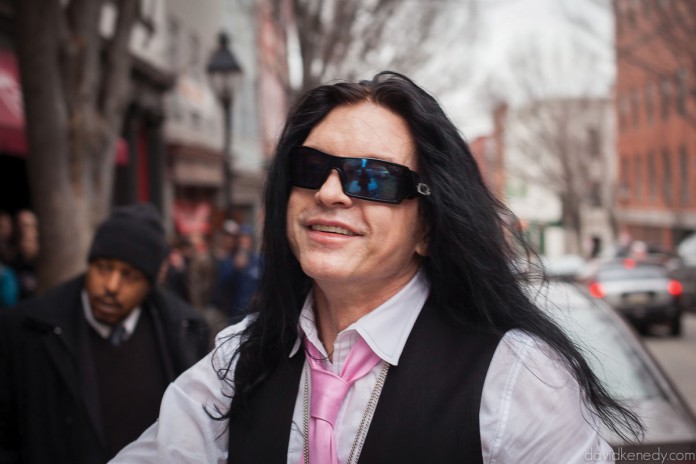 It’s not often that someone achieves widespread fame for doing their job poorly—yes, there was someone at Coca-Cola who felt that Coke needed to change its formula to something “new,” and for some reason, Captain Edward Smith could not avoid the iceberg that sank the Titanic; but, you can’t really say that any of them were truly bad at their jobs, at least not in the same way that cult film icon Tommy Wiseau is bad at his job. Wiseau might be the world’s worst filmmaker.

Wiseau’s latest disaster, a sitcom called The Neighbors, was released on Hulu this past month, but his strange journey to cultural prominence began when The Room premiered on June 27, 2003. This independent film, written, directed, produced by, and starring Wiseau is as much a labor of love as any film you could ever see. Except that it’s terrible. The Room is so incomprehensibly bad that it forces the viewer to question the sanity of everyone involved, including the audience: those who choose to watch the plot hole-riddled, cringe-inducing, gut-punching 99-minute long train wreck that has been compared to “being stabbed in the head.” But, if you can move past its pure awfulness, and appreciate it as the “best bad movie ever,” The Room is outstanding. Its nonsensical plot, terrible writing, worse acting, and unbelievably poor directing will never be equaled. And because of its incredible, hilarious terribleness, it has become a Rocky Horror Picture Show-esque cult phenomenon.

But, at the center of this cult adoration is the film’s creator and star, Tommy Wiseau. Wiseau’s writing and directing are very, very bad, but his portrayal of the protagonist Johnny is particularly inspired ineptitude. Wiseau may believe he is a world class director and writer, but it is obvious his true love (and his greatest delusion) is his acting ability. He cites Marlon Brando and James Dean among his acting inspirations, and throughout filming constantly pleaded for his fellow performers to demonstrate more “emotion and drama.” Of course, this plea is not necessary for Wiseau, as he overacts in nearly every scene. His overacting is especially noticeable considering his sometimes unintelligible accent and his uncanny and unnerving physical appearance, but this is where the cult of Tommy truly begins.

Nearly all of Tommy Wiseau’s life is a mystery; he has never revealed anything about his personal or professional life. It has been speculated that he might be from a former Soviet Bloc country, or maybe Poland—or possibly Neptune. There are countless other theories that surround him and his work, but they will most likely forever remain mere theories.

What little we do know about him stems mostly from his costar and only real friend, Greg Sestero, and his tell-all book about the creation of The Room. In The Disaster Artist, we gain an in-depth look at the craziness of Wiseau. Sestero recalls countless stories about Wiseau’s strange obsession with him (which eventually turns into a toxic and abusive friendship), his extremely erratic conduct on set, and his manic behavior off of it. By the end of the novel, we learn exactly how one man alienated and antagonized everyone working on his film, and how he created one of the worst films ever made.

However, compared to his newest work The Neighbors, The Room is a masterpiece. While The Room has been called “the Citizen Kane of bad movies,” Wiseau’s latest project makes The Room look like actual Citizen Kane.

The Neighbors is supposedly a made-for-TV half-hour sitcom that tells of the numerous residents of an apartment building and its landlord Charlie (played by Wiseau). In reality, it’s an affront to television. The show is mean-spirited, misogynistic, racist, utterly incoherent, and so technically bad that it makes you rethink the television medium. But, if you enjoy The Room, Wiseau’s newest production is a must-see.

While The Room at least looked and sounded like an actual film, The Neighbors has the quality of a seventh-grade video project that you and your buddies did the day before it was due. The sound mixing is either way too high that it sounds totally blown out or too low to even hear. The camera is in constantly, shakily moving around characters’ heads like some kind of demented fly, and oftentimes does not even have the entire face of the speaker in the shot. The editing is really something else: multiple times the credits began to run during the middle of the show, only to stop after a few names, and the show to resume at an entirely different scene.

The characters within the show are just as poorly done, and are composed of nothing but incredibly crude caricatures. There is a stoner stereotype who has the most acute case of Reefer Madness I have ever encountered, a woman named “Philadelphia” who wears nothing but a bikini for all four episodes, a young woman who is some sort of witch, and a slew of other nonsensical tenants with equally nonsensical problems.

Maybe the most confusing part is that all of these people go to their landlord Charlie for advice on everything going on in their lives, despite how idiotic everything he says is. For some reason, Charlie serves as friend, benefactor, therapist, and father figure to these wayward individuals. In this apartment building on Tommy’s Planet, Charlie is an irreplaceable individual who holds the fraying threads of their lives together with love, compassion, knowledge, and understanding.

In The Disaster Artist, Greg Sestero intimates that Wiseau is so strange because of multiple devastating car accidents, and possibly an abusive and disadvantaged upbringing. Perhaps this is the best lens through which to view Tommy; despite the cult following which he now has, Tommy Wiseau is alone, and has nothing and nobody except what he can put on screen. The entirety of The Neighbors is just a convoluted way for Wiseau to surround himself with people who he can convince himself are people who need him, who will party with him, who respect him, and who will be his friends. In this way, Tommy Wiseau is akin to Frankenstein’s monster: a grotesque creature who merely wants to be accepted and loved by people. And, apparently for Tommy, his films are the only way for that to happen.