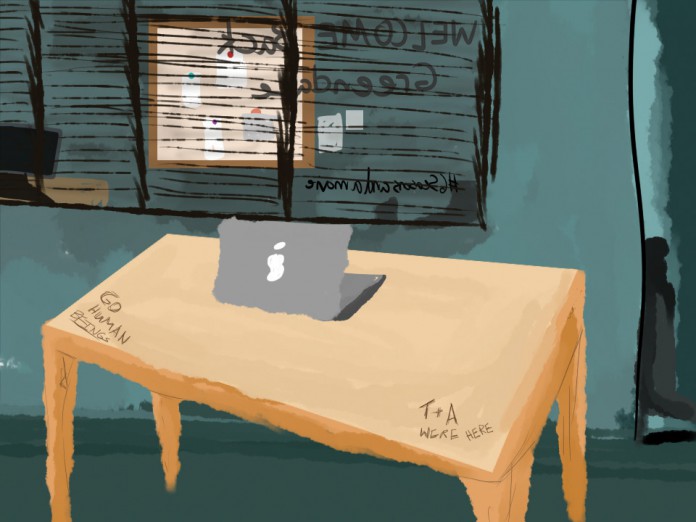 The study group lives on! After countless hurdles, Community is back for a sixth season on Yahoo! Screen streaming, with new episodes being distributed online for free every Tuesday at 8 PM.

Community has gone through a lot to end up Yahoo!’s digital distribution platform; the show has undergone hiatuses, cast and crew disagreements, and creative upheaval, and its five-season run was cancelled by NBC in 2014 before Yahoo! announced its revival of the show. It seems as though it is becoming tradition for the show to go through huge obstacles before a new season ultimately reaches viewers.

However, in what is unfortunately becoming another Community tradition, not everyone in the study group has returned. Yvette Nicole Brown (who played Shirley) left the show in order to take care of her sick father. This marks yet another major cast member who has left the show; Chevy Chase (Pierce) left the show after the fourth season due to disagreements behind the camera, and Donald Glover (Troy) left in the middle of the fifth season to further pursue his musical career as Childish Gambino.

In the stead of these missing cast members, the show has added several new regular characters. Frankie Dart (played by Paget Brewster) is a consultant hired by the Dean to fix the problems at Greendale. She is introduced in the first episode and serves as the reality check for the other characters’ bizarre antics. Elroy Patashnik (played by Keith David) is introduced in the second episode as a washed-up virtual reality headset designer who starts taking classes at Greendale. Both characters could use more time to develop, and it is hard to gauge whether these characters will work well in the group’s dynamic. At the moment, though, I am more fond of Frankie than I am of Elroy, as I feel like her character compliments the classic Greendale cast well.

The heart of Community is the show’s goofy, meta humor, and I’m happy to say that it hasn’t gone anywhere. As of this writing, only the first three episodes have been released, but I can safely say that the show’s off-beat humor is back and just as self-aware as ever. In these three episodes alone, the show tackles virtual reality, speakeasy bars, Britta’s parents, and dogs with bachelor’s degrees. Although none of the first three episodes will likely be hailed as classics, they are all funny, solid examples of Community doing what Community does best: poking fun of anything in pop culture, including itself.

It has been a roller coaster of emotions for fans of Community, but at least for now, the show has a home with Yahoo! that seems to work well for it. Yahoo! isn’t shy about using Twitter and other social media to promote the show in ways NBC never did, with different hashtags appearing for each episode to help encourage fans to spread the word. The writers can also get away with things they couldn’t before on a TV network, and the show’s creative direction doesn’t seem to be affected in any way in the transition.

With talks of a movie being produced after this season, it seems fans’ collective hopes for #SixSeasonsAndAMovie (one of the show’s long-running in-jokes) may actually come to fruition. Let’s just hope that the season five finale’s prediction of an asteroid coming and wiping out humanity doesn’t come to fruition as well.