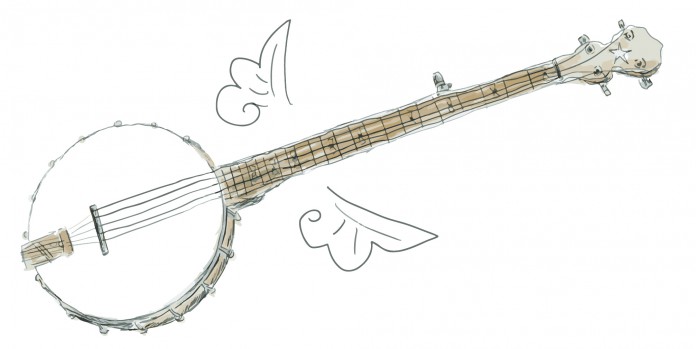 Fans of Mumford & Sons probably know the band’s signature sound: folky, banjo-filled songs that start softly and end explosively. Their style is unmistakable—or so you may have thought.

In preparation for their newest album, titled Wilder Mind, Mumford & Sons have released three singles from the album: “Believe,” “The Wolf,” and “Snake Eyes.” If you listen to all of them, you may notice that something is missing: the banjo. There is not a single banjo on any of the three songs.

In fact, Mumford & Sons’ entire sound seems to have shifted away from its bluegrass roots towards something that can only really be described as a Coldplay and U2 lovechild with Marcus Mumford’s voice. Admittedly, the last single that they released (“Snake Eyes”) sounds much closer to the Mumford & Sons that fans are familiar with. However, that doesn’t change the fact that the other two singles sound dramatically different than Mumford & Sons’ signature sound.

Mumford & Sons’ most recent album Babel left critics divided, with some praising it as a continuation of the band’s first album and others criticizing the band for not evolving at all. Band member Winston Marshall addressed these criticisms in a Rolling Stone interview, saying, “I think it’d be dangerous to do another record that’s so similar [to Babel].”

Whether or not you like Mumford & Sons’ new sound, it seems evident that bands nowadays are expected to evolve and shift their sound. Shifting styles used to just be something that the artists themselves did in order to evolve as musicians, but now it is almost as though it is a requirement. If an artist keeps the same sound for too long, they are considered stale and criticized for it.

The music industry seems to be a place where the “If it ain’t broke, don’t fix it” mentality doesn’t really apply, and Mumford & Sons is a clear example of this. Their first two albums were identical in style, and even though those albums were commercially successful, the band knows they would be heavily criticized if they did anything too similar again.

That’s not to say that Mumford & Sons is giving in to the pressure for the sake of it; I’m sure the band probably didn’t want to stick too closely to their classic sound. However, one has to wonder if the band’s sound would have shifted as drastically as it has if they hadn’t received those harsh criticisms of Babel.

In fact, such a drastic shift can often be a double-edged sword for bands like Mumford & Sons. On one hand, changing sounds too much can potentially alienate an artist’s older fans. On the other hand, a shift in sound might bring in newer fans that may not have liked that artist’s older sound.

Sometimes bands will change their sound to gain more mainstream popularity, a practice commonly referred to as “selling out.” This has never been a problem for Mumford & Sons, though, as the band’s albums have had no problem selling millions of copies.

Quite frankly, most artists shift their sound for the same reason: to evolve as musicians. Writing music is a means of artistic expression, and it is easy to see why some artists can get tired writing the same type of song to the same audience year after year.

In the end, musicians are going to write whatever music suits their aspirations. For Mumford & Sons, it seems that they want to leave behind the banjos in favor of a total shift towards synthesizers and electric guitars. We won’t know for sure until their new album releases on May 4, but if their newest singles are any indication, I may just have to get my banjo fix elsewhere.