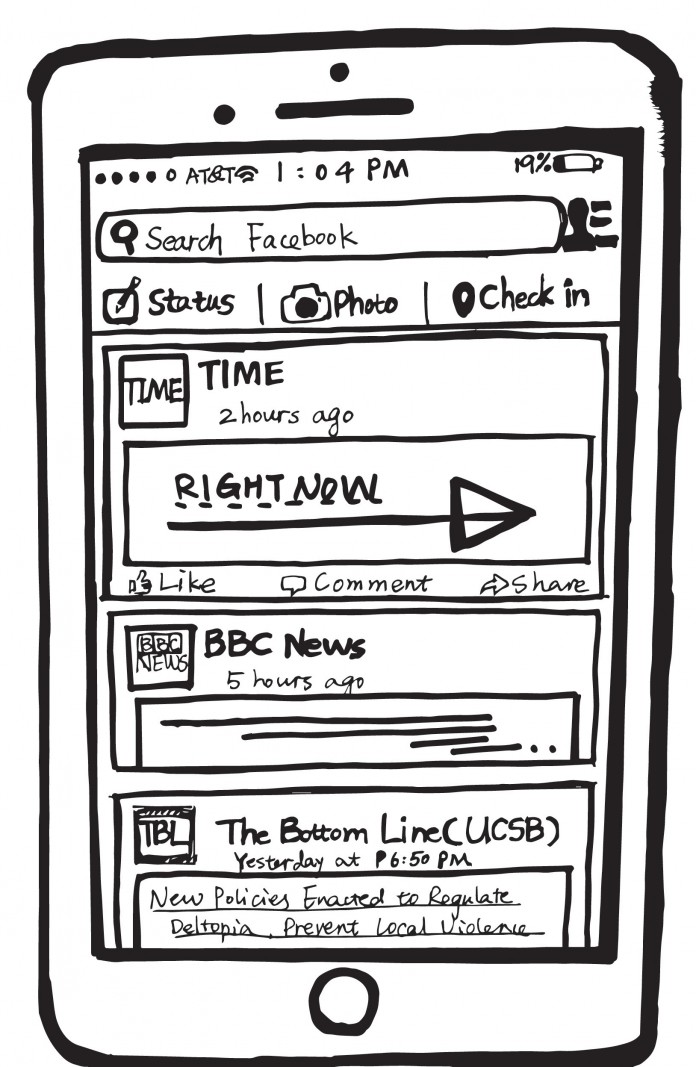 Can social media be the saving grace of journalism—or the final nail in its coffin? A recent New York Times report detailed Facebook’s desire to start hosting news content on its own site. The social media website promises to deliver news that is tailored to users’ interests and personalize the experience of news consumption. Although the appeal of personalized news may have some benefits, it threatens quality journalism and further isolates reputable news organizations from the public. The public, instead, increasingly depends on Facebook and Twitter as sources of information and news. Although the problem of trying to integrate old media in a social media world is not new for publishers such as The New York Times or the Washington Post, news publishers choosing to deal with Facebook as a primary delivery method of their content may spur on their own demise through an attempt to adapt to a digital age.

“Going where your audience is,” part of the core principles of journalism in the digital age, risks losing its value when it relinquishes too much power to social media. With the featured content falling into Facebook’s hands, the social media site gains a dangerous amount of autonomy and power over determining what information is deemed newsworthy for their 900 million daily users. Information that a New York Times editor may have deemed important and relevant now has to combat Facebook’s model of news delivery, designed to tailor news to users’ specific interests. In this model, editors’ judgments of newsworthy stories will take a backseat to news that coincide with user’s personal interests, sacrificing what viewers need to know for what they want to know. To fit into this interest-catered market, traditional news publishers will be forced to focus on trivial news stories to stay relevant and maintain sufficient ad revenue. Sacrificing quality for the sake of views will drive down meaningful news stories across the spectrum of journalism; when we rely increasingly on views to drive content, public awareness of critical issues suffocates due to the lack of quality content.

Tailored news could resemble 24-hour news channels, focusing on broadcasting sensationalized news stories to drive up ratings and ad revenue. Unfortunately, the public will inevitably suffer in this model because we’re pulled away from thought-provoking news and instead exposed to irrelevant and meaningless content. While they may capture public attention, they oftentimes are not designed to inform viewers of important issues.

Here we have a clash of money, content, and the value of information: how can valuable, but often times boring, information be delivered to the public while still turning a profit? The Times and other traditional news publishers have been battling this problem for years, but is Facebook’s tailored news the answer? This issue forces us to engage with and call into question how we value the news, and what role it plays in our lives. Are we willing to sacrifice quality for easy access? We could go this route and follow in the footsteps of Buzzfeed, pushing shocking headlines and contriving controversy, creating content designed to drive up views and ad revenue; or, we can stick to our guns and push for quality content that fulfills journalism’s primary objective of being a public service and delivering critical information to help people become informed and successful participants in society. But unfortunately, traditional news publishers have already heard the siren songs, and they’re increasingly becoming old news in the world of technology. It appears that news publishers are grabbing at any lifelines that come their way, with Facebook appearing to be the direction journalism is heading towards.

Nonetheless, we cannot ignore that people are continuing to engage with the news in new ways, and Facebook has the ability to shape the future of journalism and news consumption. This is a critical time for the future of print and digital news, and we must take appropriate action to ensure that quality content still remains an integral part of journalism. As students, we should be aware and involved in this process, because the quality of the information we receive determines the quality of our national debate, and can adversely affect our country’s future, constantly asking ourselves if the news is still serving the public’s best interest and providing the information people need to know.