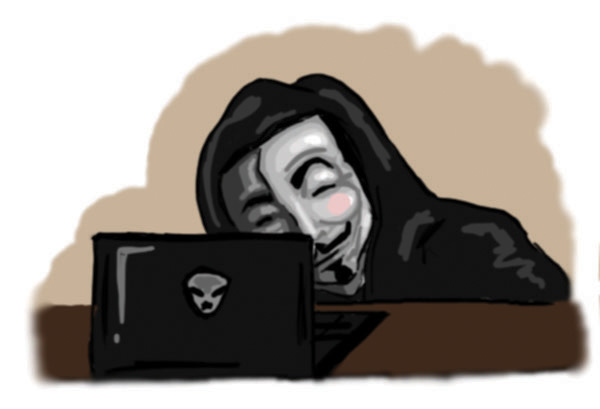 Doxxing, short for “dropping documents,” became a regular practice about a decade ago, according to The Economist, when malicious hackers would collect personal and private information such as home addresses and national identity numbers, and then release this information to the public. It was an intimidation tactic—a way to put less skilled or less prominent hackers in their place, or a mechanism used to win arguments. More recently, however, people have started resorting to doxxing for arguably more “noble” purposes.

Using doxxing in the name of social justice has recently gained more popularity. According to Jezebel, Tumblr user Misandry Mermaid doxxed a man who had sent her a rape threat. Misandry Mermaid had her account temporarily suspended and her post removed, but that didn’t stop her—while asking her followers to report him for harassment, she later posted a photo of her harasser, his name, his birthday, his address, a picture of his house, his phone number, and the names of his parents.

Over the course of their crusade, Misandry Mermaid and her followers violated a number of Tumblr’s community policies by bullying minors, impersonating other people, and violating the privacy of others. Still, Misandry Mermaid’s harasser violated policies about harassment and malicious speech first. Neither side is entirely innocent, and both sides were hurt by this whole ordeal.

When doxxing comes into play, ethics are compromised, and those targeted could potentially face a far more severe punishment than their original actions merit. By coercing younger, more impressionable people into this practice, this particular brand of social justice is essentially creating a new generation of aggressors—aggressors who use fear and intimidation to do what they genuinely believe is the right thing. In the worst case scenario, innocent people could have their personal and professional lives devastated by people who paradoxically have only the best of intentions.

According to Gawker, Brianna Rivera was the unfortunate victim of a particularly cruel form of revenge. It started with her ex-boyfriend impersonating her on social media sites and posting racist, bigoted messages in her name. Then, all he had to do was sit back and let the countless social justice advocates on the internet do the rest. It didn’t take long to determine that something was amiss, but the damage had already been done—the screenshots of Rivera’s statuses had amassed tens of thousands of notes. The real Rivera faced investigations from both her employer and her university, and her workplace was bombarded with countless phone calls and tweets.

In the heat of the moment, when we’re too caught up in self-righteous fury for people who have been wronged, we tend to forget that we are just as capable of hurting others as the so-called bigots being targeted are. It’s too easy to abuse this power we’ve found, and it’s too easy for innocent people to get caught in the crossfire. We should not use it at all.

Instead, we should channel our rage into less aggressive solutions—contacting real authorities, such as the police, because investigation may help solve the problem without forcing victims to get their hands dirty. Online moderators should also be made more aware of various forms of harassment that take place within their domains. This way, people’s complaints will be taken more seriously, and victims can receive the help they need without having to fight off their harassers themselves.