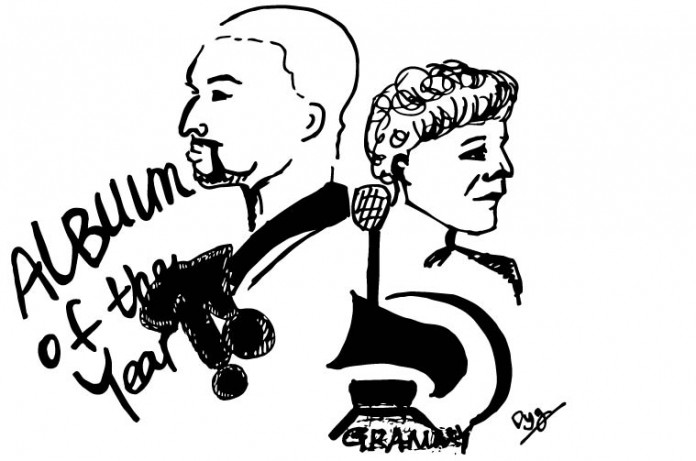 The task of reviewing music is in itself incredibly difficult. Knowing enough about music and its composition is an important prerequisite, but the main difficulty arises when a reviewer attempts to connect with the average reader who may not understand what he is praising and why he is praising it. Add to that the fact that listening to music is a very subjective experience, and it seems that music reviewers are generally confronted with a monstrous task.

As an awards event, the Grammys must directly deal with this dilemma. While the voting is completed by the National Academy of Recording Arts and Sciences, what should the criteria be for winning the coveted awards?

This year and not for the first time, Kanye West wasn’t too pleased with the results. The renowned rap artist felt that the Grammys were “disrespecting the craft” and “disrespecting artistry” in awarding Beck with the Album of the Year award over Beyoncé. It raises the question: What makes the craft what it is?

While music should sound good and be stimulating for the listener, there is more to the craft than simply producing pleasant sound. Making unique or new music that has a distinct style has always been the most impressive, such as when The Beatles revolutionized music with the introduction of a new style of rock and roll. The Grammys should help foster innovative and groundbreaking musical productions that have the potential to affect other artists or listeners in a profound way.

Of course, the televised event largely succeeds because of commercial reasons. The live presentations, which were very well organized and performed this year, as well as the presence of major celebrities attract a heavy following. Mr. West himself said that the Grammys are like the Super Bowl of music.

To a certain extent, it can always be argued that popularity or fame automatically gives someone’s work credibility, unless your name is, perhaps, Kim Kardashian (sorry, Kanye). In many cases, artists will project their thoughts and produce music that catches on and unexpectedly reaches the masses. But just because music is popular, it definitely does not guarantee that it is groundbreaking or new. Taylor Swift arguably moved away from her soft country-esque sound to a more pop feel, which many saw as abandoning her roots. While many consider her new work to still have quality, her evolution definitely wasn’t progressive. The issue of evaluating music on these terms is never black or white, which is why the entire voting process is so difficult.

Of course, any musician wants his music to be heard. In today’s market, it certainly isn’t easy to propel yourself to the top of the charts while retaining an extremely distinct or different style. At the same time, once you are established as a musical artist, you have a lot more freedom to experiment. People will listen to your music even if it goes off the beaten path. The Best New Artist category’s purpose is to seek out new, innovative artists who are not as renowned—an important part of the awards ceremony.

With today’s technology, there exists a limitless supply of readily available music to inspire and emotionally touch people. To differentiate the good from the great, the Grammys should encourage people to explore music on a deeper level and even produce unique sounds themselves. After all, in a sporting event, the team that has the most supporters does not automatically win. The winner in sports often proves his worth through some kind of ingenuity. Just like some key figures revolutionize the way sports are played, artists leave their mark by influencing music production.

Music remains a distinct medium that every person will claim to enjoy in a relatively unique way. This individualism should be highlighted by the Grammys to inspire the future of music. Currently, the Academy has done an admirable job in maintaining this vision. It remains to be seen if they will be able to continue to confront the notion that the event is a commercial popularity contest and keep proving that the music is what counts, popular or not. The importance of fostering a setting that values ingenuity and pure creativity is undeniable. It all contributes to underlining an American cultural movement of individuality and honesty in putting one’s thoughts out in the open.