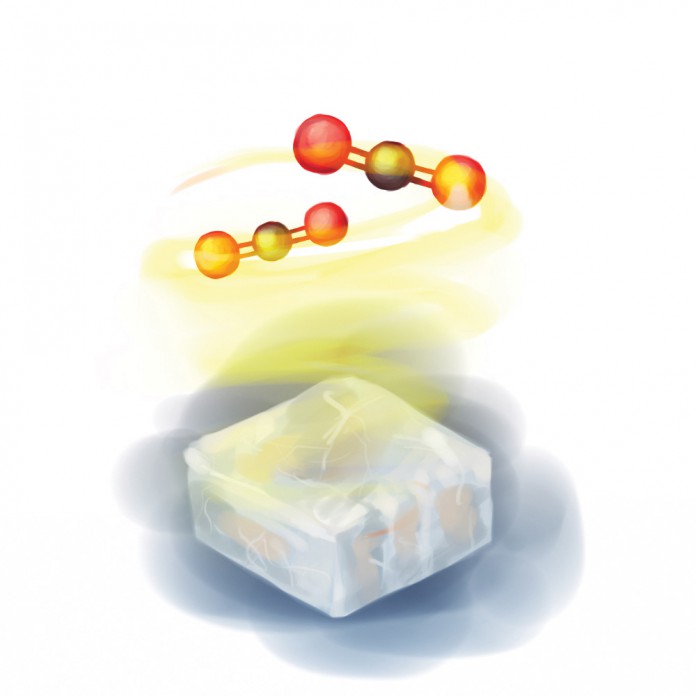 Researchers have recently developed a promising new method to capture harmful carbon dioxide emissions and turn them into a harmless mineral, calcite, in an effort to curb rapidly rising pollution levels and combat climate change. The project, called CarbFix, is a $10 million research project based in Iceland.

The current common method of limiting CO2 emissions into the atmosphere is through a process known as Carbon Capture and Storage (CCS). Other research projects, like Boundary Dam at a power plant in Canada, have performed this process since last fall. It essentially involves compressing CO2 so it acts as a liquid and injecting it into a rock formation underground, usually sandstone. In theory, the rock layers should keep the CO2 trapped under the surface; however, as the CO2 remains buoyant, there is still a risk that the CO2 will rise up into the atmosphere, according to Hotair.com.

CarbFix, however, has developed a new method that could make the process much faster and much less risky. In addition to the CO2, they also add water and inject the two underground into basalt rock, a type of volcanic rock prevalent in Iceland. Rather than hoping the the CO2 doesn’t escape, the carbon reacts with the basalt to create calcite, according to the New York Times.

“Basically, we’re using a natural process and engineering it for climate-change mitigation,” said Juerg Matter, a geochemist at the University of Southampton in Britain and one of the lead researchers on the project, according to the Times.

CarbFix researchers liken the approach to a “geological soda machine.” The CO2 and water mixture carbonates the water and makes it acidic, which helps to break down and release calcium from the basalt, itself a very reactive rock, to speed up mineralization and make it a feasible process.

“We had a conventional view that reactions would be slow,” said Peter McGrail, a researcher on the project referring to the reactivity of basalt.“But much to our surprise, when we cracked open those samples, it was one of those game-changer moments,” he continued.

Also, the addition of water makes the carbon less buoyant, so there is little chance for it to escape once injected, according to The Green Optimistic.

Since 2012, CarbFix has been performing field tests of this process near the Hellisheidi Power Plant in Reykjavik. They injected hundreds of tons of water and CO2 1,500 feet underground into the basalt rock. Just recently, they uncovered the mineralized calcite, though more testing needs to be done to confirm if calcites indeed resulted from the CO2.

While this experiment has demonstrated incredible potential, researchers face hurdles in widely implementing the process.

The addition of water makes the process much more expensive. CarbFix estimates that it would cost approximately $17 per ton of CO2, about twice the cost of the gas alone. In addition, few places in the world have comparable basalt content to Iceland. However, Iceland also has a lower amount of CO2 emissions than most other places. Companies that produce CO2 waste already have little incentive to invest in CCS projects, and with the huge water reserves needed and the limited locations where CarbFix’s process can be performed, it would be extremely difficult to compel companies to get on board.

While the immediate cost may be extensive, Sigurdur Gislason, a geochemist at the University of Iceland and lead scientist on the project, stresses the long term benefits. Conventional storage sites must be constantly monitored because of possible leakage, potentially for hundreds of years, but not a CarbFix site.

“No one ever talks about monitoring. This is where we score very highly,” he noted.

And while there are few places in the world with suitable basalt content to carry out CarbFix’s process, there is still more than enough of it to store all of the CO2 emitted, according to the Times.

In any case, despite the promise of CarbFix’s research, a recent report from the National Research Council and National Academy of Sciences says that for the time being, “There is no substitute for dramatic reductions in greenhouse gas emissions to mitigate the negative consequences of climate change.”