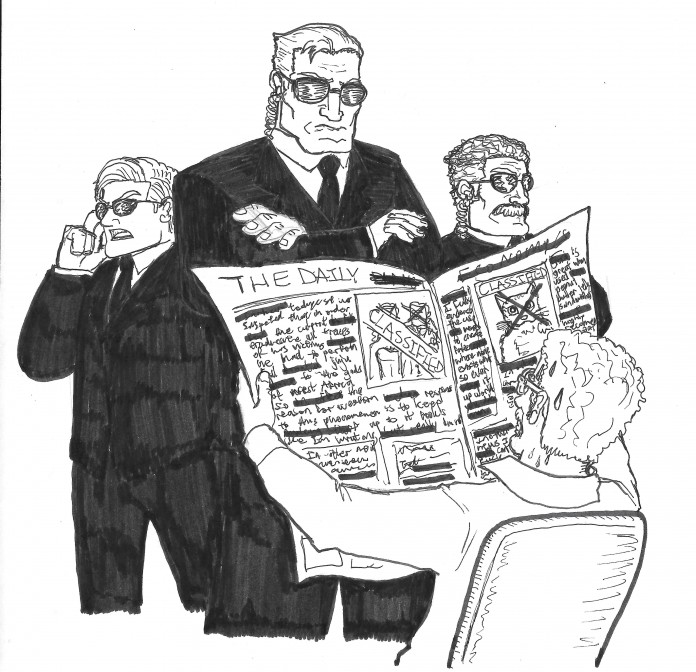 As far as attorneys general go, Eric Holder’s pretty into civil rights and progressive policy. But there’s one rather concerning facet of his tenure atop the U.S. Department of Justice that flies in the face of his usual commitment to civil rights and often goes unnoticed outside of journalism circles: an unprecedented crackdown on the dissemination of information on issues the Obama Administration has deemed important to national security, including the subpoenaing of numerous journalists who have received classified information from government officials and, according to The New York Times, the secret subpoenas of Associated Press phone records.

This assault on freedom of the press has been embodied by the Justice Department’s repeated subpoenaing of New York Times reporter James Risen, who refused to reveal his sources regarding a book he wrote that included information on a mishandled U.S. operation to disrupt Iran’s nuclear program. Although Holder has since begun to rethink and scale back this overzealous crackdown, the former C.I.A. spy suspected of leaking the information to Risen has just been convicted of espionage. However, the notion that the government is willing to step on the fundamental journalistic practice of source confidentiality threatens the press’ vitally important role in maintaining an open, informed society.

Unless you’re Edward Snowden or Julian Assange, you’ll likely agree that the leaking of top-secret, classified national security information can have potentially compromising consequences for the government. But the consequences of choosing to also punish independent media by interfering with and compromising reporters’ press rights are arguably more significant and wide-ranging. Forcing journalists to reveal their sources when the government’s unhappy with their reporting means that reporters and news services will be hesitant to investigate significant stories with real-world impact that require digging into important spaces concealed from public eyes. The huge hassle of being harassed and taken to court—in addition to potential sources’ hesitancy to expose momentous problems in government due to fear of being revealed—would be a devastating blow to investigative journalism meant to keep those in power accountable.

Reporting on issues relating to national security and internal government on-goings—which can be often be morally and legally dubious—requires more than just the information the government chooses to make public. The Obama administration’s crackdown makes it significantly more difficult to check up on potential government wrongdoing and severely undermines the president’s original, commendable promise to make government more transparent. Stories that require the acquisition of sensitive information have led to legal action against powerful or influential individuals who have committed significant wrongdoing (Watergate, anyone?)—justice that wouldn’t have been possible without intrepid reporters not having to worry themselves about having their press rights curtailed.

If what high-up people and organizations want us to know is all the press can provide us, there’s not much need for news organizations—the mediators who can filter the spin and uncover information that holds those with power and influence accountable and keep the public informed of processes and events that shape society. On a more philosophical level, being prevented from investigating sensitive government and national security issues means that history could very well be written by the government. Risen himself stated that “if you took away all the things that the press revealed to begin with in the war on terror, you would know virtually nothing about the history of the last 13 years.” The freedom of the press keeps history in the hands of the people and ensures its accuracy.

Practices such as the Justice Department’s secret subpoenas of the AP’s phone records is exactly what warrants the notion of a free and independent press. If one wants to criticize the administration for ignoring the Constitution and the Bill of Rights, this would be the issue to speak out about. Respecting reporters’ and journalists’ right to keep their sources confidential is essential to a truly free press than can bring wrongdoings to light, hold the government and others in power accountable, and ensure that history remains legitimate.

You don’t have to be a Pulitzer Prize-winning New York Times reporter to appreciate what’s at stake. Even as students, whether it’s Associated Students, the police, or local government, it’s vital that we hold those in power accountable and remain mindful of obstacles to this responsibility. We don’t do it just for some abstract journalistic principle—we do this for ourselves.