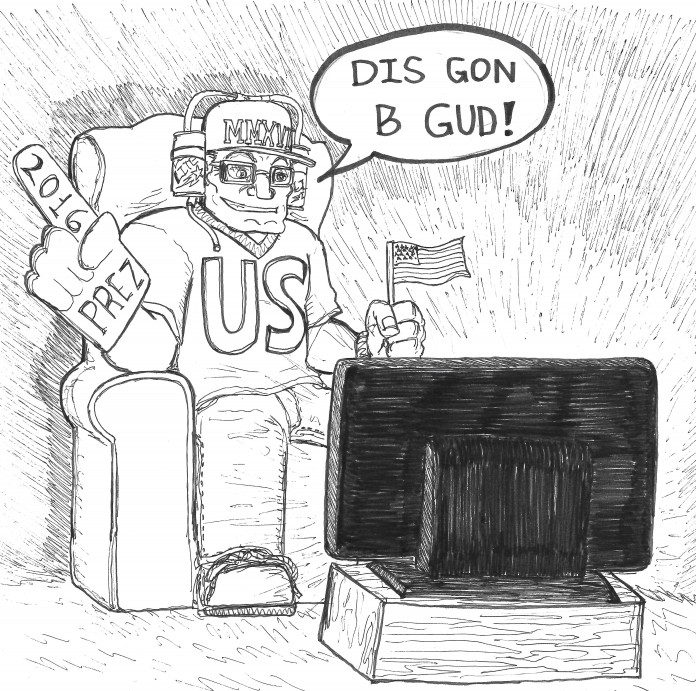 Whatever you may think about presidential elections, perhaps the one thing that we can all agree on is that we seem to be hearing about them earlier and earlier every four years. While part of this trend is due to mainstream media’s timely (or untimely) decisions to distribute this information, are politicians themselves entirely guiltless?

It’s not that campaigning itself has only recently started getting earlier every election cycle. University of California, Santa Barbara political science professor Eric R.A.N. Smith says that campaigning is not starting earlier this season and, in fact, is actually quite late relative to the starts of election cycles in the past. Take, for instance, Jimmy Carter, who announced his candidacy for president at the end of 1972, almost immediately after the elections ended that year. His four-year advance gave him an upper hand over his opponents, and he won the 1976 election. Since then, candidates have begun declaring their intent to run and have started their campaigning as early as possible.

The mentality here—that earlier is better—is not totally unfounded, since getting a head start allows politicians to fundraise and familiarize themselves with us, the voters and potential supporters. We use the media to help us track their activity and learn their message. But a fair informational source conveys facts unclouded by bias and sensationalism, a rarity in mainstream reporting. Sensationalism—or every time reporters write hyped stories where there should be none—distorts public perception. Early coverage also confuses our knowledge about presidential candidates by inundating us with so many “potential”s, “prospective”s, and other premature election talk that’s largely only speculative for this early a stage.

But there are also several other major problems that come with the trend of early campaigning. Politicians who focus their energy on, essentially, winning a contest x years in advance are diverting their attention away from more pressing current issues that need legislative action now. Ignoring the public’s needs for longer than necessary during an election delays the already lengthy process of passing new and critical laws.

Also, as UCSB political science professor M. Stephen Weatherford says, public perspective of politicians shifts into a negative light when we see them constantly attacking their rivals even though, as good officials, they should be able to reach across the aisle and compromise with them. Thus, in a way, campaigns can’t properly demonstrate a politician’s ability to govern. However, if the media covers everything from the early stages on, we’d see even more of their attacks on the opposing candidate(s) and their party. This partisan aggression follows the new president to the White House and, by extension, causes division and strife in Congress. And if our representatives from the left and right are unwilling to compromise, that attitude will no doubt bleed into the mindsets of their constituents—us.

Understandably, there’s a lot that goes into planning and running a successful campaign; candidates need time and money to build up credibility in the eyes of the American people. Still, seeing politicians cut their current jobs short in favor of campaigning and attacking opposing parties doesn’t sit well with the American people.

And what about the media? Well, it’s their job to bring us facts about the races, but sensational news is the kind that sells—meaning clear and objective journalism sometimes takes a backseat. So how do we navigate through presidential election season despite these disadvantages?

Given that average citizens lead busy lives that don’t allow for much political contemplation, the last thing that they need is to be bombarded with campaign hype. And the enduring problem with voters, especially in the college student demographic, is that we tend not to consider all sides of an issue—especially in a liberal environment like UCSB, where most people are generally politically like-minded and there’s little everyday exposure to contrary views. However, we can all remedy this by filtering out fluff and focusing on the bottom line of each argument or candidate’s ideology and choose to take (or not take) a side. We as voters would do well to develop the understanding and respect essential to healthy debate.