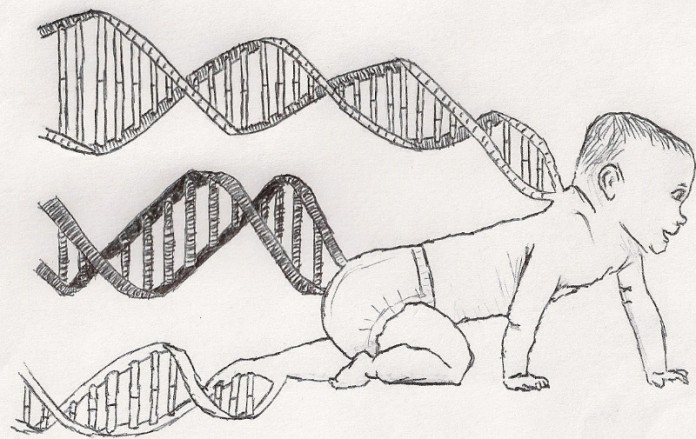 The United Kingdom is set to become the first country to introduce laws allowing the creation of babies from three people, a technique that could protect some people from inheriting potentially fatal diseases from their mothers.

The method aims to prevent mothers from passing inherited diseases by altering a human egg or embryo before transferring it into the mother. The technology is different from that used to create genetically modified foods, where scientists select individual genes to be transferred from one organism into another.

“[This is] about protecting children from the severe health risks of these unnecessary techniques and protecting everyone from the eugenic designer-baby future that will follow from this,” said David King, director of the secular watchdog group Human Genetics Alert.

The techniques would likely be used for only about a dozen British women every year and is targeted towards those who have faulty mitochondria, the energy producing structures outside a cell’s nucleus. Defective mitochondria can only be passed down from the mother and can lead to brain damage, muscle wasting, heart failure, and blindness.

There are two methods to accomplish this: embryo and egg repair. In the embryo repair, two eggs are fertilized with sperm, creating an embryo from the intended parents and another from the donors. The nucleus, which contains genetic information, is removed from both embryos. The parents’ nucleus is then inserted into the donor embryo containing healthy mitochondria.

In addition to the medical risks involved with the procedure, critics of these techniques fear that this could lead to the creation of “designer babies,” and that we are now on a slippery slope to further genetic modification of children.

“But one thing is for sure, once this alteration has taken place, as someone has said, once the genie is out of the bottle, once these procedures that we’re asked to authorize today go ahead, there will be no going back for society,” said Fiona Bruce, the Member of Parliament for Congleton.

A review by the Nuffield Council of Bioethics, as well as a public consultation by the fertility regulator, argued the creation of three-person babies was ethical. Three scientific reviews by the Human Fertilization and Embryology Authority (HFEA) suggest that the technique is “not unsafe.”

“All of those issues have been investigated,” said Professor Lisa Jardine, former chair of HFEA. “The scientific committees have said there is no evidence this procedure is unsafe, but like all good scientists, they say it will require careful progress.”

Bishop of Swindon Dr. Lee Rayfield said that this procedure was a massive step and some of his colleagues were concerned about how it was going to be regulated once it was approved. “If the safeguards are there, the Church of England will be behind this,” Rayfield added.

“It’s everybody’s prerogative to object, due to their own personal beliefs,” said Rachel Kean, activist for the Muscular Dystrophy Campaign. “But to me the most ethical option is stopping these devastating diseases from causing suffering in the future.”

The first attempt could take place this year, which could lead to the first birth in 2016.