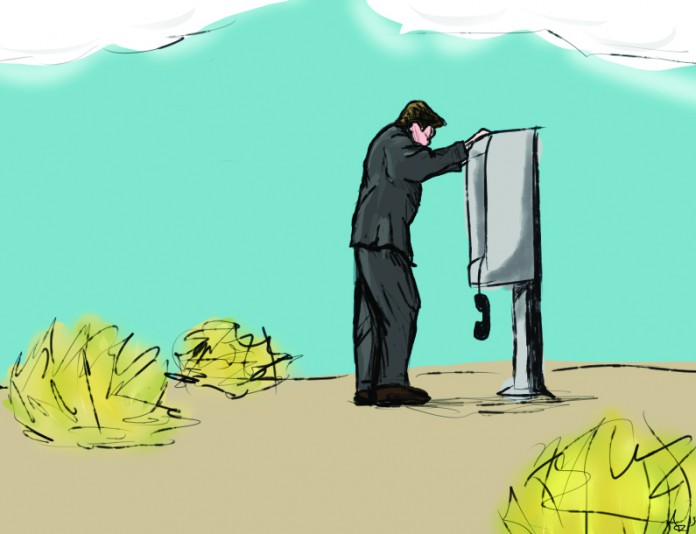 It’s been nearly a year and a half since the last time a new episode of Breaking Bad plastered us to our television screens. As the epic conclusion unfolded to what many had already deemed one of the great TV dramas ever made, it was a little disheartening to think that we’d seen the last of the show’s phenomenal writing crew, headed by the peerless Vince Gilligan. The man had become something of a legend by that point, and we all wondered where his effort and talents would be focused next. Of course, as we know now, they’re set right back in the Breaking Bad universe, with the new spin-off series Better Call Saul. And as it turns out, there isn’t a place I’d rather have them be.

Better Call Saul is a difficult series to review after only a few episodes, but it is a handicap that definitely has nothing to do with the show’s quality. It seems strange that one would be unable to like the show having seen and enjoyed Breaking Bad, unless some spotty acting from minor characters is enough to turn one off from a television series altogether. The first three episodes are slow-burners, but like the first three episodes of Walter White’s journey, take enough steps forward to keep us richly entertained from episode-to-episode. As far as the storytelling and the writing go, Gilligan is picking up his old mastery, and doesn’t appear to have rusted along the way. There are some slow scenes and some regrettable casting decisions, but the series appears primed and ready to be the next big show on television. What remains to be seen, of course, is if it can prove to be the next Breaking Bad.

The show is set years before the titular character, Saul Goodman, came to be the sleazy-but-wily criminal lawyer of our most beloved of meth cooks. In fact, his name isn’t even Saul yet when we first meet him in this series, as Jimmy McGill in this story has still yet to “please the homeboys” by switching to a Jewish name, as he says in his introductory episode in Breaking Bad. He is instead a much less confident, much more likable lawyer struggling to make ends meet as a public defender. More importantly though, he’s much less competent—his signature craftiness of getting out of sticky situations is held back at times by his lack of experience, and oddly enough, his conscience.

By the end of the first episode, it’s clear that Jimmy McGill is a whole plethora of things, least of which is Saul Goodman. He’s a very relatable character, one far removed from the Goodman in Breaking Bad that, come to think about it, probably couldn’t have supported his own series. Thus, the fun of the series may just come in seeing McGill swirl down a spiral of reproach much in the same way that Walter transformed from a likable high school chemistry teacher to a respected, but despicable, meth kingpin.

The parallels with the parent series don’t end there. Vince Gilligan, along with co-creator Peter Gould, bring out some of their best crowd-pleasing tactics, like point-of-view camera angles on objects, within the scenes. Additionally, one can almost bet when seeing something unusual at the beginning of the scene that the abnormality will be explained to our delight by the scene’s end. And the Easter eggs are certainly present; I’ll save viewers who are waiting until a post-midterm, catch-up marathon some of the pleasure, but there are enough call-backs to past characters from the Breaking Bad universe to keep the fans looking for some nostalgia thoroughly pleased.

There is a scene in the second episode of Better Call Saul where Jimmy McGill argues for his life in the middle of the desert for the first time in his life, though, as we of course know, not the last. The scene is the best of the series so far, and leaves little need from the series to argue, in turn, for its own existence. It exists, and I can’t wait to enjoy more of it.