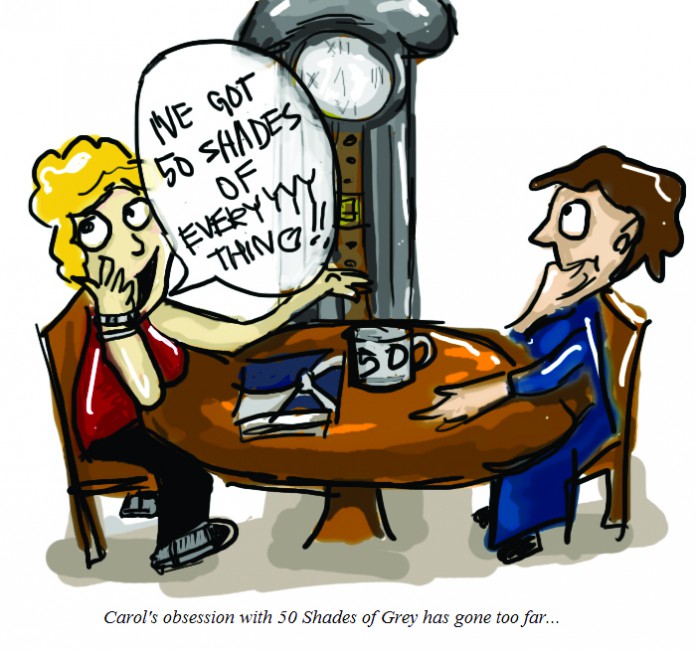 I know it’s not exactly Citizen Kane, but 50 Shades of Grey was a film that had the potential to change how society views sex. But unfortunately, the way it simply sells sex—something that’s already hard to talk about in our culture—is wrong.

It’s interesting that a film based on a topic normally considered too risqué has become popular. This can be a positive thing: we’ve come a long way from having Lucy and Ricky sleeping in separate beds on television just to prevent something scandalous in pop culture.

But sex in pop culture isn’t new—anyone who has listened to Nicki Minaj knows this. Yet to have sex be the main plot of a popular film that has made over $150 million worldwide on its opening weekend, means that sex is becoming a greater part of this respective dialogue we have as a society, which is good. Having sex be something we can openly discuss can help take away unwarranted shame attached to it, and if used right, it can be a tool to promote important things like sex education.

However, every other perfume and every single Carl’s Jr. commercial showcases the one thing they know will sell: sex.  The difference with 50 Shades of Grey is how much more blatant it is—there is absolutely no subtlety to it at all. What’s harmful is how it commercializes sex, turning it into an easy-to-swallow pill that’s sold to every suburban mother with perfectly coiffed hair. Instead of being used as an instrument to promote the notion that all sex, as long as it is healthy and explicitly consensual, is a positive thing, the film is being used as a commercialized, capitalistic venture. It’s turning abusive, manipulative, and coercive sex into a commodity that in no way promotes the positive representations we need. Just because it’s based on something that’s controversial like BDSM, doesn’t mean it deserves to be praised as a game-changer.

It’s a shame that we are so ready to accept 50 Shades of Grey when dozens of indie movies have tackled taboo sex topics a much more healthy way before. But because they’re not mainstream, they die away at obscure film award shows. Blue Valentine, for example, deals with sex and relationships, but it uses the sex aspect to teach and show real issues people face in marriage and in their lives. This is the way we should go about bringing these themes to the surface.

As a society, we need to reassess our values and figure out just what we want from media. If we are so willing to accept a heterosexual couple engaging in out-of-the-ordinary sex, then we should rethink how we feel about the commodification of sex, promoting harmful depictions of it, and non-heteronormative themes in shows and movies. Kudos to 50 Shades for showing a different side to sex not often seen at the top of pop culture, but it is not the game-changer we need to change and mature society’s dialogue on it.