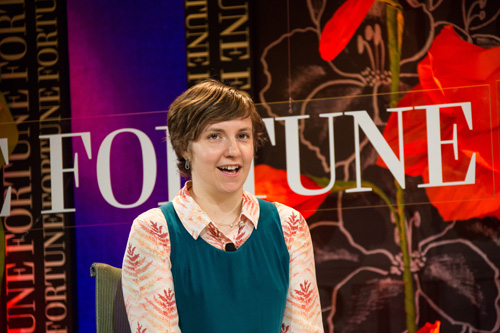 This most recent season premiere of the hit HBO show Girls has drawn the ire of some people upset over the level of sexual content on television. The first four minutes of the new season, from 10-10:04 PM on Sunday, Jan. 11 were relatively tame, but then the show cut to a shot of one of the main characters having anilingus performed on her, followed by her male sexual partner engaging her in intercourse from behind.
The very short scene left many viewers shocked at the explicitness of the content. However, it must be stated that it looked a lot less like someone having their anal-oral sex and a lot more like someone having their ass motor-boated.

There was nothing especially explicit in the scene compared to other HBO dramas, as it did not show the actual anus (or crack for that matter) in question. It merely showed a man with his face pressed into a woman’s behind, shaking his head like a rabid dog. The most explicit part of the seconds-long scene was when the man began penetrating her from behind, but people aren’t up in arms about that.

How explicit the content in the scene should not really matter, though. HBO is well known to be a network that features more mature situations. There are plenty of explicit sex scenes, complete with nudity, in its other shows like Boardwalk Empire and Game of Thrones. The shock value does not come from the actual nudity or engagement in sex acts, but from sex acts that are not considered by the masses to be socially acceptable.

In general, if something doesn’t support the heteronormative ideal, it will cause controversy on some level. While the scene in question features a seemingly heterosexual couple, sexual acts involving the anus is usually deemed ‘sodomy’ and is still taboo. There is a certain level of discomfort many viewers feel when they cannot relate to something on television, and many people have never experienced whatever was going on in that scene. It should be mentioned, however, that just because many people haven’t experienced something doesn’t mean that the experience is not okay.

As long as shows make sure to be clear that they feature mature content not suitable for children, there really shouldn’t need to be a line drawn for sexual content. Girls is on at 10 PM on Sunday nights on HBO and does feature an adult content disclaimer. Those watching this show are going into it with a certain expectation of, or at least a warning that there might be, sexually explicit content.

The more sexual content that airs (again, in “viewer discretion is advised” spaces), the less shameful sex will become for many viewers. The people who are watching these shows are generally not the people who have disdain for sex. If they do have general disdain for such content, that’s perfectly alright, but they can easily choose not to continue watching the shows if they’re offended by them.

As long as viewers continue to be loyal to the shows they love, the shows have no reason to monitor their sexual content to be “appropriately explicit,” especially when the content deemed too explicit is content that many couples enjoy as part of their daily lives.